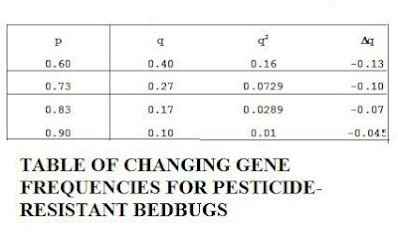 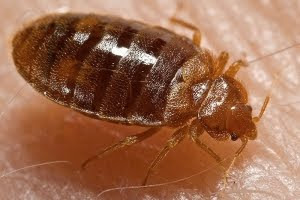 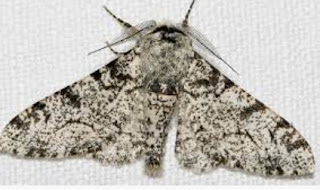 In this post, I consider both mutation and natural selection- two primary evolutionary mechanisms-   in the context of driving microevolution and ultimately, macroevolution. By microevolution I mean minute evolutionary change, involving a small proportion of DNA. For example, the peppered moth (biston betularia) in comparison to its non-peppered cousin, would demonstrate microevolution. The former arose in coal-producing regions as an adaptation which made it much more difficult for predators to identify. Because of this it was able to acquire a higher relative fitness, and hence greater survival rate, than its non-peppered cousin.

Of course, microevolution can also appear at the microscopic level, for example in changes in hemoglobins, and histo-compatability antigens. However, it is important not to confuse microevolution with molecular evolution.

-           Base substitution, whereby one amino acid (nitrogenous base) is replaced by another. This is called point mutation.

-           Addition of a group of bases, e.g. if there are multiples of three, one or more amino acids may be deleted from the protein.

-           Inversion, or removal of a segment of DNA accompanied by reinsertion elsewhere but in inverted order. Related to inversion in a way is translocation, wherein a portion of DNA is attached to a homologous chromosome.

In each of the molecular cases above the alteration results in subtle changes in the coding of information or the transfer of information.  The molecular changes then act as sources of genetic variation and ultimately evolution i.e. if the change is reinforced by natural selection. Yunis and Prakash, in their groundbreaking work for example, have shown a remarkable homology between chimp and human chromosomes, when heterochromatin is excluded. This includes no less than thirteen ‘presumably identical chromosome pairs’.[1] They also show that for the common ape-human ancestor, from which both chimps and modern humans arose, eighteen chromosome pairs were similar to Homo sapiens, and fifteen to the chimpanzee. They also found that chromosome 17 in the chimp differs by a ‘pericentric inversion’ from that of man.[2]

Macroevolution, by contrast, entails a large proportional change in the DNA underlying it that probably reflects ongoing natural selection, over significant time. For example, the change from a cold-blooded dinosaur to a warm-blooded dinosaur (that’s a precursor of modern birds)  would be a case of macroevolution. Similarly, the change from an ape-human ancestor to Homo sapiens would be a case of macroevolution, despite the fact the evidence is available at the chromosomal level.

Prior to proceeding, let's be clear about mutation and natural selection in an evolutionary context.  A mutation, to be sure, is primarily a random change induced either spontaneously in the organism's DNA, or from an external agency (e.g. cosmic rays, x-radiation).  In either case, an accidentally-triggered change at the molecular level precedes it. This has the effect of altering the DNA information coding process and the protein synthesis that ensues.

Specific manifestations of mutation can assume the form of one or more of the following:

-         chromosome multiplication: the organism acquires more than the diploid number of chromosomes

-         chromosome fragmentation: the diploid number of chromosomes remains constant, but morphological changes take place in one or more

-         Repetition: portions of chromatin associated with particular traits occur in different parts of the same chromosome

-         gene mutation: spontaneous changes at a gene’s location with no associated alteration of chromosome structure or number.

For example, exposure of members of Drosophilia melanogaster (the fruit fly) to x-rays can induce a variety of spontaneous gene changes (mutations) in offspring of succeeding generations, including: variations in eye color, the number of bristles on the thorax and the shape of the wings. Whether evolution can be said to occur as a result of mutant genes, depends on the degree to which the mutation is incorporated into the genome (gene code map) and stabilized via natural selection.  This is by no means guaranteed, since many offspring that inherit mutant genes are not viable - or else sterile.

Let's examine now how natural selection is able to produce a new bedbug species via microevolution.

In terms of the concept of fitness let B refer to a favored allele for a bedbug with total resistance (i.e. such that it produces abundant amounts of the pesticide-resistant enzyme that converts toxins to water-soluble, harmless excretions), let b refer to a deleterious allele, i.e. one with zero capacity for such enzyme production.

Recall the measures for success of natural selection are the fitness (w) and the selective value (s). These can be measured on either absolute or relative scales, but are related algebraically on the latter by:

Let’s say at a particular time a gene frequency ‘snapshot’ of the bedbug population under study yields: p(B) = 0.60, q(b) = 0.40, i.e. the favored allele B is reproducing bugs at the ratio 3:2 relative to the disadvantaged one, b. As before, the selective value s = 0.50. (A simple table showing the declining gene frequency of b relative to B is shown appended to this blog.)

On average over time let each bb and Bb individual produce one offspring, and each BB produce two. These average numbers can be used to indicate the genotype’s absolute fitness and to project the changes in gene frequency over succeeding generations. The relative fitness (w) is meanwhile given by:

The selection values, relative measures of the reduction of fitness for each genotype, are given respectively by:

As we expect, the pesticide-resistant bedbug genotype displays zero reduction in fitness, and hence maximum survival rate. Thus, the table provides a brief “snapshot” of how micro-evolution has been working in the bedbug population to generate billions of these pests that can’t be exterminated by ordinary pesticides – necessitating the use of varieties currently prohibited for safety and health reasons.

Let's now use the preceding template and get more specific (via defined relative populations) as to how the natural selection mechanism works in enhancing gene frequencies for survival.

We consider a diploid population of 200 individuals, and 400 genes distributed amongst them. As we see from the table given the ratio of gene frequencies between the homozygous dominant allele (B or enzyme-resistant to most pesticides) and the homozygous recessive allele b is 3:2 or 0.60: 0.40 which could manifest for the case shown via:

Now, for a STABLE population, IF the gene pool (of a selected population, whether bedbugs, roaches or fruit flies) remains constant from one generation to the next then the Hardy Weinberg theorem applies and genetic variation is retained from one generation to the next. We say the population is in “stasis” and there is NO micro-evolution occurring. (Note again, the letters p and q in the table denote the two alleles in the population, i.e. p = B, q = b, thus if B is found to enhance or increase over b then p will increase over q and we will have micro-evolution, which is exactly what we see as we go from the top down in the table).

What natural selection does then is to consolidate particular random mutations into a more stable, adaptive adjustment – governed by deterministic factors and inputs. Thus, while the selected trait often appears at random, its preservation in the gene structure cannot be relegated to randomness.

In other words, once the trait – say ligand recognition by a protein- is incorporated, and gene frequencies increase, the process ceases to be random. The failure here is being unable to recognize the distinctions between the condition leading to the initial mutation and the subsequent natural selection consolidating it into higher gene frequencies!

For a successful mutation deemed to have taken hold and become consolidated in an organism via natural selection, we expect that the fitness w = 1, while there is little or no reduction in selection value, so that s remains near 0 for the most favorable alleles. (For example, resistance to antibiotics.)  This is the basis for ongoing evolution.  Finally, we can  do not better than to present Richard Dawkins' words from The Blind Watchmaker, p. 317:

"The theory of evolution by CUMULATIVE NATURAL SELECTION (emphasis mine) is the ONLY THEORY we KNOW OF that is capable of explaining the existence of organized complexity. Even if the evidence did NOT favor it, it would still be the BEST THEORY available. In fact the evidence DOES favor it, but that is another story.Let us hear the conclusion of the whole matter. The essence of life is statistical improbability on a colossal scale. Whatever is the explanation for life , therefore , it cannot be by chance . The true explanation for the existence of life must embody the very antithesis of chance. The antithesis of chance is NONRANDOM SURVIVAL, properly understood.Nonrandom survival, improperly understood, is not the antithesis of chance, but chance itself. There is a CONTINUUM CONNECTING THESE TWO EXTREMES, and it is the continuum from single step selection to cumulative selection. Single step selection is just another way of saying pure chance. This is what I mean by nonrandom survival improperly understood.CUMULATIVE SELECTION, by slow and gradual degrees, is the explanation, the ONLY WORKABLE explanation for the existence of life's complex design"