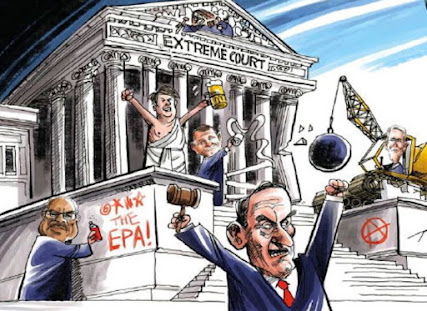 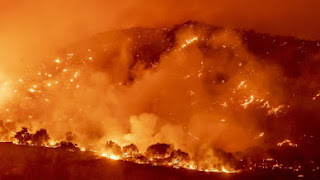 World in flames in the runaway Greenhouse era. 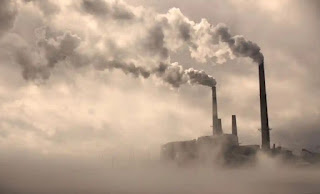 "The necessary first step toward forcing the court to give up its power is to delegitimize it in the eyes of the public...The court should be the object of derision, mockery and contempt.  We need to start making fun of the pretensions of the justices."  - Louis Michael Seidman, 'The Problem of the Supreme Court'. The Nation,  June 27- July 4, p. 20

A sobering fact (1):  The amount of planet warming carbon dioxide (CO2)  in the atmosphere is now greater than at any time in the past 4 million years. Fact (2): The United States is the world’s second-biggest annual emitter of greenhouse gases, after China,  and is responsible for a greater portion of historical emissions than any other nation. It is also a primary reason the planet is on a track to a new, radically more hostile global climate equilibrium approaching the nightmare of the runaway Greenhouse  effect. (See more below.)

But the radical clown Rightists on the Supreme Court don't care.  In their latest ruling in West Virginia v. EPA  the fools have circumscribed the EPA's ability to curb CO2 output so much that it's likely we'll see 'the first year of no seasons' by 2030,

And the full -on runaway greenhouse by 2060.

In this latest battle pitting Republican-led states (and the coal industry)  against a Democratic administration, the rogue Rightist court ruled that federal agencies like the EPA lack the authority to render climate rules or mandates.  They insist the ultimate authority rests with congress.   In this case, by blocking the EPA's  regulation of CO2  -the nation’s second-largest source of climate-warming pollution-   the wingnuts have sent this nation and planet on a fast track to perdition.

Richard Lazarus, a Harvard environmental law professor, said in a statement that by insisting that an agency “can promulgate an important and significant climate rule only by showing ‘clear congressional authorization’ at a time when the Court knows that Congress is effectively dysfunctional, the Court threatens to upend the national government’s ability to safeguard the public health and welfare at the very moment when the United States, and all nations, are facing our greatest environmental challenge of all: climate change.”

“The Court has undone illegal regulations issued by the EPA without any clear congressional authorization and confirmed that only the people’s representatives in Congress — not unelected, unaccountable bureaucrats — may write our nation’s laws,”

Yet McConnell is quite ok with unelected Reich wing justices making decisions for millions that go directly against the popular will - like in Roe v. Wade being overturned.

But let's clear our heads: not only was this case about a regulation that does not exist, i.e. that never took effect, and which would have imposed obligations on the energy sector that it would have met regardless. It also involved two legal doctrines not mentioned in the Constitution, and that most scholars agree have no basis in any federal statute.

However, in this case the Supreme Court's renegades sided with West Virginia, which argued that “unelected bureaucrats” at the EPA should not be allowed to reshape its economy by limiting pollution – even though emissions from coal are helping cause worsening flooding, heatwaves and droughts around the world, as well as killing millions of people through toxic air.  Where is Manchin when he's needed to protect his people?  Well, he's being campaign-funded by the coal industry.

Why is this latest EPA muzzling so important?  Two big reasons:

The process may be described something like a series with terms being added, viz: to describe the CO2 content now in the atmosphere, we must initiate the series with n= 1 (for 1921), viz.

Terminating at the last term 100 years later. Here each ‘x’ denotes the CO2 burden added for each year in succession.

Thus, the CO2 effect for a given year is not just for that year, but rather inclusive of the cumulative additions for all the years - starting up to 100 years before.

This means things can only get worse, and no amount of carbon credits pricing or trading will save the day.  Even more sobering, we've yet to experience the full effects of the CO2 we've already emitted, mostly because it takes the oceans a long time to warm in response to a given level of CO2 -  and the oceans are the primary buffer mitigating the worst greenhouse warming effects right now.
In the meantime we know the oceans are also being adversely affected, i.e. absorbing heat equal to over 7 Hiroshima-size atomic bombs detonated every second, 24 hours a day and 365 days a year.  E.g.
The Ocean Absorbed 20 Sextillion Joules of Heat in 2020 | Earth.Org - Past | Present | Future
The reactionaries on the Court brought us to another precipice - this time for planetary climate - and we can only hope enough people pay attention in November.  No, the emphasis on mid-term voting is not 'sexy' but it shouldn't have to be to rouse people from their inflation stupor. We know the other side ('reds') will be getting their lot revved up and turned out, as one of their voters said (WSJ, 'Abortion Scrambles Voting Calculus', p. A4): “They should be trying to figure out how to lower the prices of gas and groceries right now," We have to match or exceed their turnout.
See Also:
Election Integrity | Supreme Court
The Nightmare Scenario SCOTUS is Plotting For the 2024 Election Takeover
by Thom Hartmann | July 2, 2022 - 7:21am | permalink

Six Republicans on the Supreme Court just announced — a story that has largely flown under the nation’s political radar —  that they’ll consider pre-rigging the presidential election of 2024. 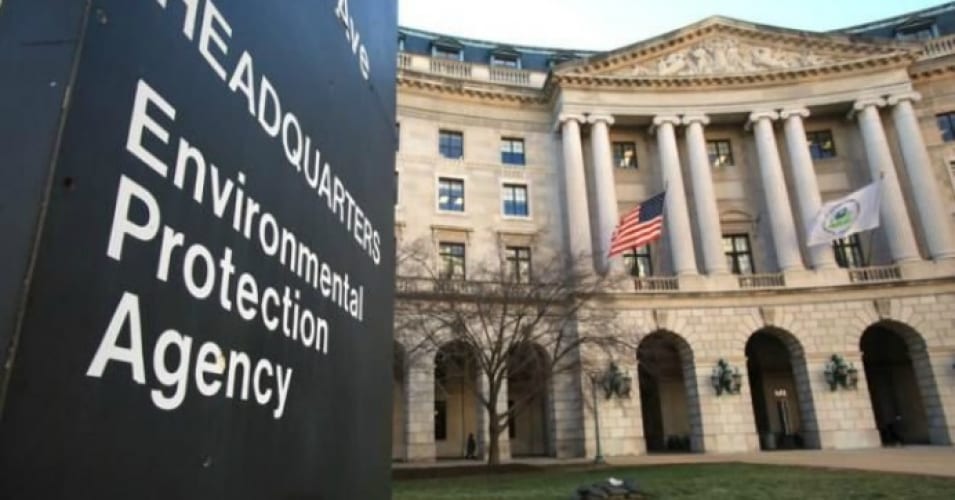 Today the Supreme Court — again, with the 6 Republican appointees on one side and the 3 Democratic appointees on the other — limited the Environmental Protection Agency’s ability to regulate carbon emissions from power plants. This ruling deals a major blow to America’s (and the world’s) efforts to address climate change. Also — as with its decision reversing Roe v. Wade — today’s ruling has far larger implications than the EPA and the environment.

The planet is baking. But what’s reality to this Supreme Court?

And:
Bjorn Lomberg - Climate Change Clown Has No Clue Concerning Adaptation To A Rapidly Warming World
Posted by Copernicus at 6:32 AM