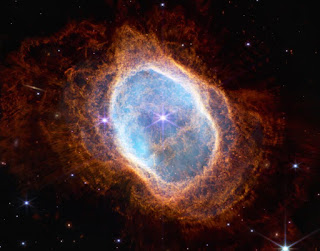 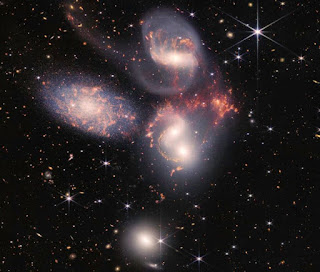 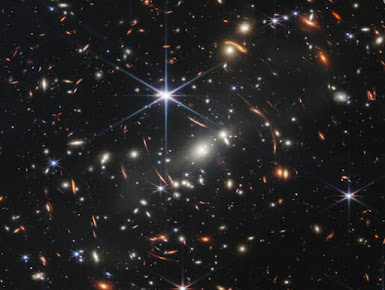 The "intro" image was nothing less than fantastic.  There was the Webb's primo shot of the galaxy cluster SMACS 0723 -  revealed Monday in a White House ceremony by President Biden and top NASA officials capturing the faint light of galaxies forming in the infancy of the cosmos.    That jaw-dropping image alone showed the Webb telescope was fully worth its $10 billion price tag.  And more images followed, including of the Southern Ring Nebula - see top graphic - and Stephan's Quintet. a group of five galaxies in close proximity to each other but 290 million light years distant from Earth.

Decades after researchers proposed what became known as the James Webb space telescope, the first color images have landed and with them a tantalizing glimpse of the observatory’s power to peer back in time to the moment when the first stars lit up the universe. Major accomplishments in space observation always ride on a wave of PR and on Monday it was President Joe Biden who unveiled the first color image, noting the deep implications for Homo Sapiens. It was “an historic moment” he said, not only for science and technology, but “for America and all of humanity”.

The paradox of fanfare is that it obscures the achievement. In the case of Webb, as the $10 b NASA observatory is known, the accomplishment is concrete and substantial. NASA’s Hubble defined our view of the heavens for the past 30 years, and now Webb, its successor, is poised to shape our understanding for many decades to come.  Is astronomy on the cusp of a rebirth for a new era?  Every indicator so far suggests that it is, no hyping needed.

The image NASA released on Monday showcased the Webb telescope’s ability to look far back towards the dawn of time. Meaning near the Big Bang era of cosmic history. In the foreground is the rich cluster of galaxies known as SMACS 0723, which lies nearly 5 billion light years from Earth. But it is the other galaxies in the image that have astronomers most excited. Because of the intense gravitational forces generated by the cluster it behaves like an astronomical optical lens, magnifying light from galaxies behind it and revealing them in unprecedented clarity.

In fact, we are looking at the operation of a gravitational lens whereby massive celestial bodies (such as galaxy clusters) cause spacetime to be significantly curved. In other words, the collective masses act as gravitational lenses. When light from a more distant light source passes by a gravitational lens, the path of the light is curved, and a distorted image of the distant object — maybe a ring or halo of light around the gravitational lens — can be observed.  Owing to this effect one obtained a depth and quality of the images that was totally breathtaking.

In the first image, the SMACS 0723 galaxy cluster appears as it was 4.6b years ago, the time it took light from the cluster to race across space to Webb’s mirror. More distant galaxies in the image are about 13bn years old. But future images are expected to capture even more ancient galaxies, pushing back 13.5bn years, to the earliest period of the universe. The ultimate prize for many astronomers is to pinpoint “cosmic dawn” – the moment when the universe was first bathed in starlight. 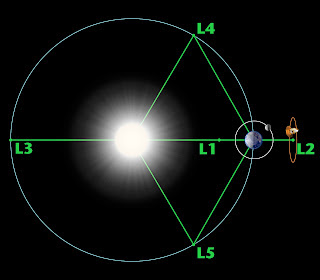 Coupled with its large mirror, and the extreme sensitivity of its infrared instruments, the Webb observatory is able to see much fainter, older galaxies than Hubble ever could as well as other cosmic objects. The images and accompanying data will feed directly into astronomers’ understanding of how the first stars and galaxies formed.

The plan currently is to use the telescope to peer back so far that astronomers will get a glimpse of the early days of the universe about 13.7 billion years ago and zoom in on closer cosmic objects, even our own solar system.  Potentially exposing earth like planets.

We can't wait to see the next round of visual revelations!