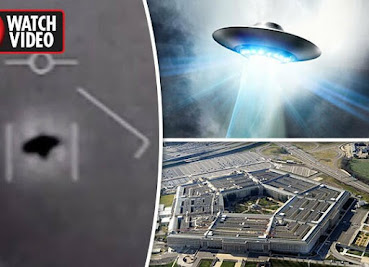 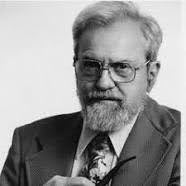 What is a 'UFO'?  The late Prof. J. Allen Hynek (former Chair of Astronomy Dept. Northwestern University ) offered the first truly scientific definition of the UFO (from his book UFOs- A Scientific Inquiry):

"A UFO is the reported perception of an object of light seen in the sky, the appearance, trajectory and general dynamic behavior of which do not suggest a logical, conventional explanation and which is not only mystifying to the original percipients but remains unidentified, after close scrutiny of all available evidence by persons who are technically capable of making a common sense identification, if one   were possible.”

The definition fulfills all the key criteria of an objective, operational definition, not corrupted by bias or personal assumptions - particularly by way of "beliefs".   Hynek basically  gives us a scientific template by which to judge the nature of an object or light seen in the sky and which falls outside recognized categories.

This brings us to my one and only UFO observation, the detailed account presented in my book, 'The Atheist's Handbook To Modern Materialism' and later in 'Ruminations in Brane Space' (p.20):

In the summer of 1962 I was with my two younger brothers at the opening of a shopping center in Carol City, Florida. While awaiting the start of festivities I happened to look up at the night sky, being the amateur astronomer that I was.  Amazingly, I witnessed a brilliant orange disc, at least the same diameter as the full Moon, moving rapidly from north to south. It hovered for two to three seconds above the crowd  and I detected the spontaneous "Ooohs" or "Aaahs" from random spectators. Thus, I knew I was not having a simple hallucination.

The most ironic and notable thing to me was the complete absence of sound. No whirring, like one would expect from a helicopter's propeller blades, or engine noise. The object - if "object" it was - appeared to be a light source rather than just reflecting light from elsewhere. After about three seconds it took off due south at what I estimated to be an incredible speed. As a seasoned sky observer, even at the age of 16, I was able to quickly eliminate all known man-made or natural objects from consideration. The  only conclusion left was of an exceptional flying object - artificial -  whose luminous and dynamical behavior diverged from any known categories.

Why? From my knowledge of physics, it is the only one I could fit into a conceptual framework. The key is the fact that the UFO, certainly for the brief time I observed it, exhibited a remarkable degree of intelligent control. Weather phenomena, like ball lightning, simply do not behave in this fashion. They tend to be governed by stochastic or random forces.

This  account embodies exactly the same tenor had I observed a known man-made object or natural phenomenon, e.g. meteor.  Nor did I attach any metaphysical significance to it, which is why the account also appeared in my atheist book.

Did  I "believe" I saw this thing, whatever it was? No, I didn't "believe" I saw it, I flat out saw it like fifty others in that crowd did. "Belief" didn't enter any more than if a commercial plane had gone over us instead.  Would I ask if I "believed" I saw the commercial jet (Eastern or National Airline at the time)?  No, that would be stupid. No one asks if  they "believe" in an object manifested in actuality.

Suffice it to say I am confident my UFO account fulfills all the aspects of Hynek's UFO definition.   Especially that "the object remains identified even after close scrutiny". And I have spent over 50 years scrutinizing it, to the point if I had to offer any hypothesis it would be the one of extraterrestrial origin. (Obviously, by offering a hypothesis one leaves the realm of the 'unidentified'.)

This brings us to the recent review ('An Ethnography of Extraterrestrial Enthusiasts') by Kate Dorsch of a book entitled 'They Are Already Here -  UFO Culture And Why We See Saucers' by Sarah Scoles, appearing in Physics Today. (May, p. 51).   To give Ms. Dorsch the benefit of the doubt, her takes are perhaps warped by the fact she is reviewing a book whose stated focus is on "modern UFO lore"   and the "expectations, assumptions, politics and cultures that lie beneath people's UFO sightings".

In  so doing Ms. Dorsch concedes Scoles is "setting aside the perspectives of traditional scientists"  which formed the crux of Scoles' first book.   Now as to the core mistakes Ms. Dorsch makes in her review, I start with the one comparing a UFO observation - such as I had  - to some kind of religious experience, e.g.:

"Many people claim to have seen UFOs and these witnesses stand by their experiences with a fervor that would make the Vatican envious."

Please. Yes, I have observed a UFO (as per my account) - because there was no placing it in any other category.  I also stand by the reality of the observation as I am sure the fifty -odd folks in that Miami shopping center 59 years ago also do.  Do I stand by the observation with a "fervor"? No, simply as an accurate observation as I also might have made of an extraordinary solar flare using an H-alpha filter on my then telescope.  No "fervor", no need for such, just a recounting of an observation of an extraordinary object.  And certainly in no competition with the Vatican, say to secure belief or devotion!

This sort of condescension-laced overthinking,  e.g. "What causes witnesses to attach such deep significance to the sightings?"  is basically what warps her review in much the same way that Neil deGrasse Tyson puts down the Navy pilots UFOs as due to "glitches" in their equipment.  It also explains her other mistakes as when she writes:

"In the end readers of Scoles' book do not gain much insight into why people continue to believe UFOs exist and are extraterrestrial in origin.".

Well, people continue to believe UFOs exist because they do!  Or to quote Dr. Kenneth L. Franklin from a Barbados lecture he gave in 1975:

Thus we see Dorsch's failure to discriminate between the UFO as an actual,  ongoing unknown observational phenomenon (in line with Dr. Hynek's definition) and one interpretation of it.  This is unfortunate as it shows a lack of the typical attention to detail one expects of a scientific writer, reviewer.

It is also mystifying why she thinks the extraterrestrial origin hypothesis is so unreal - to the extent she also regards it in the realm of almost a religious "belief".   Say like believing in the virgin birth or that Jesus walked on water.   Is she so certain a specific subclass of UFOs - say as recorded by Navy  pilots-  e.g.

can't be extraterrestrial? Well, then she shouldn't be so dogmatic as to suggest or impute such an origin is a matter only of "belief".

Especially as the Navy pilots indicated assorted craft able to travel 13,000 mph, undergo 600-700 g forces, and with no obvious means of propulsion or control surfaces.  All of which indicates she is also trapped mentally in the "middle mind" of provincialism or maybe better, terrestrial chauvinism.  See e.g.

But my argument is that if we are ever to make headway on the origin of such unknowns, and in a genuine scientific analysis with plausible conclusions, we need to escape the confines of mental 'terrestrialism' and think outside the box. We also need to discourage use of the trivializing term "enthusiasts",  as in "extraterrestrial enthusiasts".  Does she believe the Navy pilots are all "enthusiasts"? Or that I am an "enthusiast"?   If not then it's time to write seriously about the UFO phenomenon and especially to be more respectful of the extraterrestrial hypothesis.

Transient Optical Phenomena of the Atmosphere - a Case Study    *

*  My use of the 'TOPA'  acronym has since given way to the realization that 'UFO' is here to stay.  There is nothing wrong in that once one invokes Hynek's scientific definition of UFO.  My citation of Sagan - concerning his estimation of the low likelihood of extraterrestrial origin of UFOs -  was based on his position at the time the paper was written (1980). Not how he had changed his mind since, e.g.

https://setiathome.berkeley.edu/forum_thread.php?id=76926
Posted by Copernicus at 7:03 AM