Do The Young & Unvaccinated Risk Black Fungus On Top Of The Delta Variant? 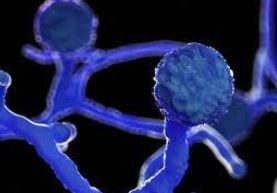 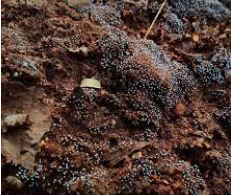 Necrotic tissue on Indian patient which must be surgically removed.

"We are flying blind and that worries me.  The more you look for Delta, the more you find it, and we just aren’t looking very hard right now. But the vaccines work, and the way out of this is to get as many people vaccinated as quickly as possible.” - Fabrizio Pregliasco, a virologist at the University of Milan, quoted in WSJ today

The news that the Delta variant is now the "single greatest threat to end the pandemic"  - in the words of Dr. Anthony Fauci-  is sobering. Also that the Delta variant infections have now doubled in just 2 weeks to 20 % of all U.S. cases.  In ten states this variant now represents half of all cases. This is especially in several low vaccination states (like Missouri, 55% higher than a week ago, Arkansas 46 % higher) which stats ought to be sending chills down the spines of the young (18-26 age)  group.   Only 38% of this age group have had at least one dose and given that they are wide open to being taken down by the Delta variant.

Statistics tell us that red-staters and the young are the ones declining either of the 2 shot Covid-19 vaccines (Pfizer, Moderna), which would protect against Delta.  In the words of Dr. Michael Osterholm these unvaccinated groups have allowed an attack path for the Delta variant to "find them".  Given now the added plague of black fungus (beheld after the variant's Indian rampage), we can ask if they might also be destined for that disease as well.

This horrific malady  technically known as mucormycosis  is also called  “black fungus,” because it is found on dead tissue.   In India recently its incidence shot up to more than 30,000 from negligible levels. States have recorded more than 2,100 deaths, according to news reports.   Hospitals are full of victims who often must undergo brutal excisions of tissue in a procedure called "debridement" surgery. The federal health ministry in New Delhi, which is tracking cases nationwide to allot scarce and expensive antifungal medicine, has not released a fatalities figure.

Meanwhile, here in Colorado cases are exploding in 4 of the least vaccinated counties with mainly the young filling up ICUs. Mesa County, which has come close to hospital capacity in recent weeks, is in the most precarious position, with 248 cases of the Delta variant and only 41% of its eligible population fully vaccinated, Carlton said. But here in El Paso County we may be on the same path, with 63 confirmed delta cases and less than 45% of the population over 12 is vaccinated.

The bone-and-tissue-eating fungus can attack the gastrointestinal tract, the lungs, the skin and the sinuses, where it often spreads to the eye sockets and the brain if left untreated. Victims become one step up from veritable zombies, or at least approaching the status of living dead.

Treatment for the disease involves complex, often disfiguring surgery and an uncommon and expensive drug, contributing to a mortality rate above 50%.

The coronavirus pandemic has drawn stark lines between rich nations and poor, and the mucormycosis epidemic in India stands as the latest manifestation. During the second wave, which struck India in April, its creaky, underfunded medical system lacked beds, oxygen and other necessities as infections and deaths soared.

Without enough oxygen to go around, doctors in many places injected patients with steroids, a standard treatment for battling COVID globally. They can reduce inflammation in the lungs and help COVID patients breathe more easily. But those steroids may have compromised patient immune systems and made COVID-19 patients more susceptible to fungal spores.

The steroids may have also dangerously increased blood sugar levels, leaving people with diabetes vulnerable to mucormycosis. It could also increase the chance of blood clots, leading to malnourished tissue, which the black fungus attacks.

According to the Indian health ministry, about four out of five mucormycosis patients have had COVID-19. More than half have diabetes. Whether patients live or die often depends on how quickly they undergo debridement surgery that removes the fungus and then start a two week course of amphotericin B.  But because supplies are limited, India is importing the drug from the United States, where it costs about $300 per vial. Each patient needs 60 to 100 vials. Gilead Sciences, the American manufacturer, has donated about 200,000 vials.
What of the unvaccinated in the U.S.?  What are their chances of getting the Delta variant and the black fungus in its wake?  That, in general, will depend on where they live - the environment (replete with spores or not)- and their general health before contracting the Delta variant (estimated 80 percent chance if they are totally unvaccinated)
Our immune system is usually more than a match for the fungi, but an “unholy trinity” of diabetes, COVID-19, and steroid treatment can weaken a person’s immunity to such an extent that these microorganisms can gain a foothold.

Diabetes not only increases a person’s risk of severe COVID-19 but also provides conditions in which fungal infections can thrive. To make matters worse, both COVID-19 and the steroid dexamethasone, which intensive care doctors use to treat it, suppress immunity.

The fungus blocks blood flow, which kills infected tissue, and it is this dead, or necrotic, tissue that causes the characteristic black discoloration of people’s skin, rather than the fungus itself.  Nonetheless, the term “black fungus” seems to have stuck. Without immediate treatment with an antifungal medication and a surgery to remove necrotic tissue, mucormycosis is often fatal.

Bottom line now, if you're young, unvaccinated, you're at risk of contracting the exploding Delta variant.   Your days may be particularly numbered if you also have diabetes and live in an environment loaded with spores (e.g. Rhizopus, Mucor, Rhizomucor  etc.) most commonly associated with the black fungus infection.

Why is the black fungal invasion contingent on the Covid (e.g. delta) infection?  Any variant of  COVID-19 (especially the delta)  damages the airway mucosa and blood vessels. It also causes an increase in the serum iron which is very important for the fungus to grow. Medications like steroids increase blood sugar. Broad-spectrum antibiotics not only wipe out the potentially pathogenic bacteria but also the protective commensals. Antifungals like Voriconazole inhibit Aspergillosis but Mucor remains unscathed and thrives due to lack of competition.

On reaching a favorable milieu they ensconce themselves within the tissue. The spores germinate, hyphae (filamentous processes) outgrow and release destructive juices which digest the host tissue and provide nutrition to the rapidly growing fungi. As they grow in the nasal cavity they relentlessly destroy the surrounding host tissue. The bones in the nasal cavity and sinuses are destroyed. These include the hard palate, the orbital bones, and the skull base bones. Black masses may be seen in the nasal cavity and oral cavity. If it destroys the orbit and enters the eye socket it may cause bulging of the eyes, pain, frozen eye movements, and blindness. Once it enters the cranial cavity by breaching the skull base it blocks major arteries and venous lakes resulting in major life-threatening brain strokes and bleeds.

Considering still not getting the vaccine because you might get 'magnetized'?   Feeling "invincible"  because you're young? Then get ready to possibly entertain millions of black fungus hyphae eating away at your flesh, your bones and your brain.   Hell, it ain't all bad!  Maybe you can get a walk-on role in The Walking Dead for its final season!

Covid-19 | Religious Right
Evangelicals, Republicans, and Right-Wing Influencers Are Waging a War Against Vaccines. And They’re Cashing In. 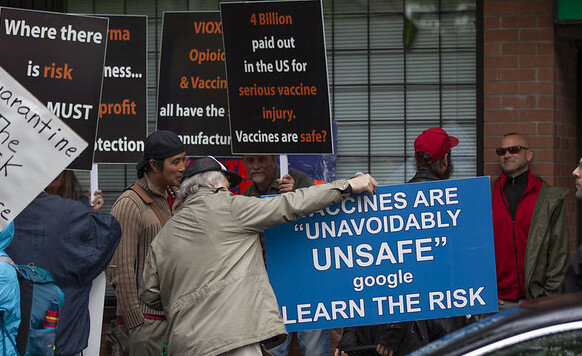 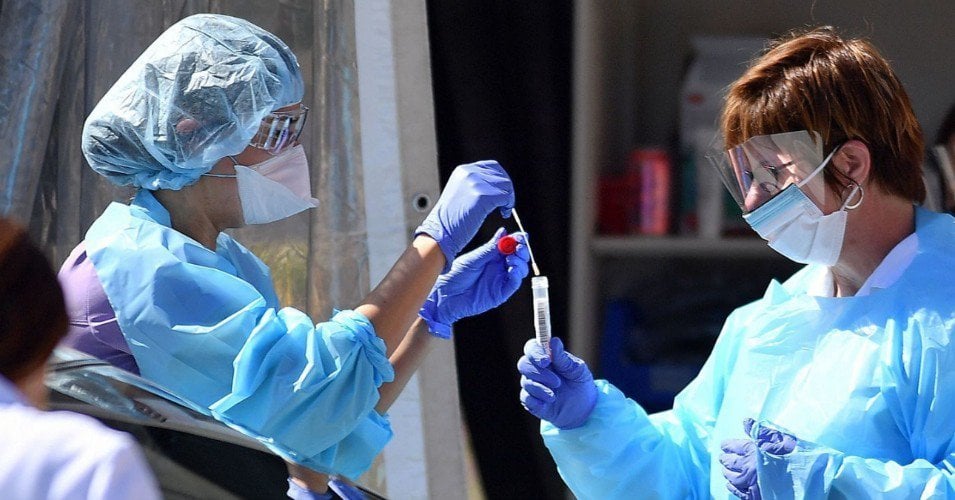