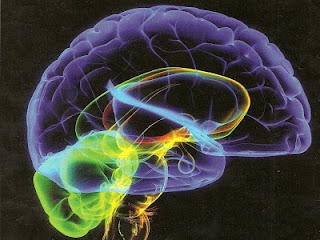 As intelligent humans (most of us) there is the underlying assumption that we are confident our brains can sort the world out, analyze most of its problems as well as deal with assorted conundrums that appear each day: from work dilemmas, to financial decisions, to political issues. The truth is that the human brain, given its evolutionary underpinning, falls far short of even optimal rational function - never mind perfection- most of the time.

A simple math problem can actually demonstrate this nicely:

A bat and a baseball cost a total of $1.10. If the bat costs $1 more than the ball then what is the price of the ball?

Nearly everyone who attempts this gives the answer of 10 cents, then asks what the hell was he thinking asking such a stupidly easy question. But they'd be quite wrong, even as more than 50% of Harvard, Princeton and MIT students were when asked the same question, according to psychologist Daniel Kahneman, a Nobel laureate based at Princeton some years ago.

The most direct way to show it is just converting the problem into a basic algebra problem. Then let x = $y + 1 for the bat and assign y for the ball

We have the total cost:

and substituting for x:

and solving for y (the ball cost):

yielding the actual price of the ball:

This is only one of the most glaring demonstrations of how our brains can be fooled into giving answers we intuitively feel are correct, but which are wrong when more deeply analyzed. In this case, the deeper analysis meant actually converting the verbal problem into one of basic algebraic symbols then solving for one (the ball price) in this case.

Another reason for the slapdash answer is a characteristic human hubris and over confidence. We think on hearing a problem we believe to be simple we can offer or find a simple answer, when deeper thought shows this isn't so.

A perfect example is the casino slots player who wins a pile - say $100- but believes she can keep going and turn it into $200. This egregious error usually means losing everything, since more and more coins are fed into the machines to make up for what's already lost.

The stock market is another example. People - especially males- often believe they know more than most (usually their wives) about investing so approach it with hubris. Never mind the stock market is the classic process of randomness in which - as one study once showed - a monkey firing darts at a giant page full of blocked stock names stands a better chance of picking a winner than a hubris-stoked human.

In a way this isn't surprising because - as Kahneman has noted - the year to year correlation between the performance of the vast majority of funds is barely above 0. Thus, most stock or fund managers are relying on luck, not talent. In a way they are not much better off than our slots player.

Hubristic bias and over-confidence in pattern thinking and belief can be seen in other areas as well, namely politics.  An example here is Biden's winning the 2020 election to the astonishment of Trump groupies,  voters. They couldn't conceive of a Trump loss for at least two reasons:
1) Biden had no big rallies like Donald Trump. There were zero outdoor mass rallies with lots of fanfare like Trump.  So how the hell could he beat the Donald?
2) Most neighborhoods showed few Biden-Harris campaign signs.  So how could "Sleepy Joe"  pull out a win?

But if they'd have thought harder, paid more attention - or even talked to Biden supporters-  they'd have recognized that a cursory evidence of absence  does not mean absence of evidence.  True, the pro-Biden voters tended to display few signs, but think of us as a great silent majority - keeping its powder dry- but ready to strike on election day.  Alas for the Trumpies, they didn't think this way - and hence fell prey to Trump's "election fraud" lies and BS.

Their own brains had fouled them up leading to belief in the "steal" bunkum about the election.

The other mental miscalculation of the Trump- MAGA  horde was to mistake Biden being relatively  "boring" for unacceptable.   But they got this exactly 180 degrees wrong.  Because as it turned out what 81 million plus voters wanted was LESS loudness, brashness, chaos, tweeting bull pockey and insults - and in general violating every norm under the Sun.  In other words, that majority voting bloc wanted relative peace and tranquility - at least from the leader occupying the office of President. They wanted an adult in the room, not an overgrown 5 -year old subject to hissy fits, tweet tantrums and demeaning the high office.

Together, all these flawed assumptions led to the conviction that more voters could not possibly have gone for Biden.  Convinced of such rubbish, the brains of the Trumpers then became much more susceptible to the assorted conspiracies and bunkum that the Biden team had to have benefited from a "steal" - however engineered.   Those malformed convictions then gave rise to the January 6th insurrection, as well as the fake audit circus in Arizona, which now threatens to pollute and infect more states.

Instead of more deeply analyzing and subjecting their assumptions to critical scrutiny the Trump sore loser voters doubled down on their erroneous thinking - veering into ever more insane conspiratorial caverns. (E.g.  Italians using military satellites to change American votes  to  Communist Chinese bamboo shoots embedded in the Arizona mail ballots.)

Much like a person who, despite being shown the detailed analysis, is still convinced the price of the ball in the earlier math problem has to be ten cents and not five cents.

Donald Trump
One in Three, and It Ain't Me 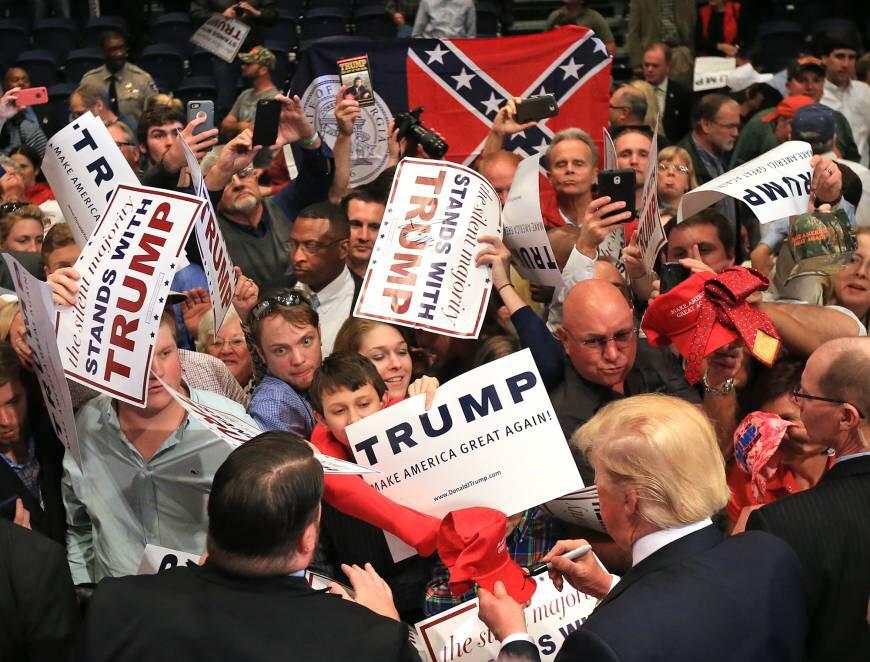