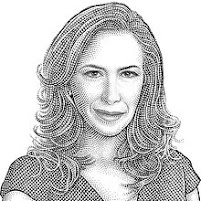 "President Joe Biden may have been embarrassed by the television images, but the voters wanted out.

The west could never “win” in Afghanistan. The dreams of nation-building that marked the high water mark of liberal interventionism were well-intentioned enough. What’s wrong with promoting democracy and the rule of law? But the west’s template defied the realities of a fragmented, tribal society that has never accepted rule from the centre." - Philip Stephens, The Financial Times

Kim Strassel in her WSJ op-ed today ('Democrats Run From Afghanistan')  gave the real reason the Right's media Nazis - along with too many hysterical main stream media hacks and losers- have jumped onto the 'get Biden' bandwagon.  The little harpy writes for starters:

A media that has mollycoddled Mr. Biden is now belatedly questioning his decision to ignore warnings from diplomats and generals."

Questioning?  Kim, they are going hair-on -fire hysterical.   As Salon.com writer Amanda Marcotte noted in a post from two days ago:

The mainstream media, needless to say, does not truck with Biden's common sense argument.

The same media that embraces an often absurd allergy to the appearance of "bias" in domestic politics showed no similar modesty in letting enthusiasm for American imperialism fly over the weekend. Instead, the collapse of the Afghan government was portrayed as a massive political liability for Biden.

Jake Tapper of CNN described it as "a tragic foreign policy disaster unfold before our eyes" and described the White House as "flat-footed."

"President Biden will go down in history, fairly or unfairly, as the president who presided over a humiliating final act in the American experiment in Afghanistan," reads a secondary headline at the New York Times.

"The debacle of the US defeat and chaotic retreat in Afghanistan is a political disaster for Joe Biden," declares the opening line of Monday's CNN analysis. A few paragraphs in, after most people have stopped reading, the analyst Stephen Collinson admits that the disaster actually "underscored [Biden's] core point" that "US visions of forging a functioning nation were illusory and that many more years of US involvement would not make any difference."

But wait, Kim isn't done.  To try to show how Biden's Afghan pullout decision is the wrong one she cites a specious poll from 'Politico / Morning Consult':

Ok, so let's get this straight.   You're going to make the case that based on one goofy,  'rapid reaction' poll  the US of A ought to go back in to this tribal no-man's land (where Great Britain and Russia both got their heinies handed to them)  and stay another twenty years and blow $2 trillion?    And these people against withdrawal are FOR that?  Seriously?

Or wait, the other possibility is that those now suddenly against withdrawal lost 50 % of their neurons and became de facto retarded.  Not grasping that if they got their foolish wishes they could well see many of their existing Medicare, Social Security benefits cut - not to mention Medicaid- because the military slice of GDP would now double or triple.

Anyway, countering Strassel's Politico/ Morning Consult lowbrow poll is the AP/NORC poll which shows 62% of Americans believe the Afghan conflict was "not worth it". From this we can also deduce they would be wholesale in favor of withdrawing. (Question:  How did AP / Norc manage to poll the higher end of the I.Q. scale?)

In her next paragraph Kim gives away the basis for the screeching monkey Right's reasons for the pile on:

"The Afghan collapse offers a vivid picture of the cost of U.S. disengagement and may make it harder for progressives to transfer more military spending to domestic priorities. "

Exactly!  There it is!  You slimy, yelping rats want the domestic spending cut down to what it was under Trump or GEE Dumbya Bush - the cat who actually got us into the Afghan mess (see bottom link).   The end game being a newly fired up "war on terror" designed to suck the rest of the monies that might go for infrastructure or health care into military overshoot. The same thing that brought down the Roman Empire.

But other than the imbeciles who complain how Biden has handled this, we're onto you, Kim and your partners in yellow journalism crime like "Henny" (Dan Henninger, 'The Taliban Captured Biden').

Won't work.  When Americans come to their senses and recover from their immediate emotional reactions leading to temporary retardation, they will understand that any military expansion now will set them right back into dire poverty, mass homelessness, and no chance at all of affordable health care- far less fixing all the collapsing bridges and leaking sewers, water mains.

At least the WSJ today did have one sensible essay ('The Taliban’s Swift Victory Was Years In The Making') from Sune Engel Rasmussen.  It noted:

" By the time the Taliban began their final offensive, morale among security forces and local officials had been so depleted that the insurgents could flip them one by one and capture the country’s major cities, often with no fighting at all."

“The Taliban advance came very quickly, but it was years in the making,”

In other words, whoever the president was, the Taliban takeover would have been just as swift, and the outcome just as chaotic - given the fear response in the Afghans who stand to be the victims of these theocratic savages.   Our problem now in the U.S., of course, is controlling the Right wing savages.

Afghanistan
The Taliban Surrendered in 2001 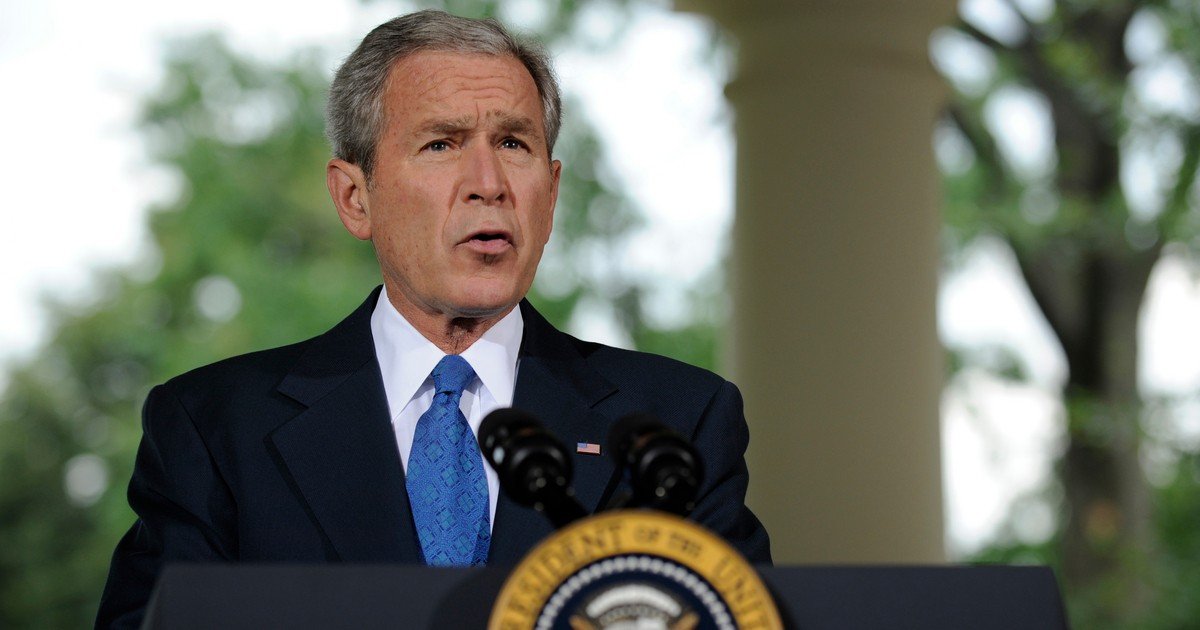 At a U.S. Special Forces camp near Kandahar, Afghanistan, on December 5, 2001, the Taliban offered an unconditional surrender. Furthermore, they would disband and disarm: a military force would no longer exist.

George W. Bush ignored the offer and continued attacking the Taliban until the end of his term. If only in self-defense the Taliban fought back, eventually regaining the battlefield initiative. Barack Obama fought the Taliban for eight years more. Donald Trump did so for the next four.

Twenty years later, after the squandering of thousands of lives and trillions of dollars, President Biden withdrew American troops from Afghanistan—and drew angry criticism for the chaotic exit that followed. 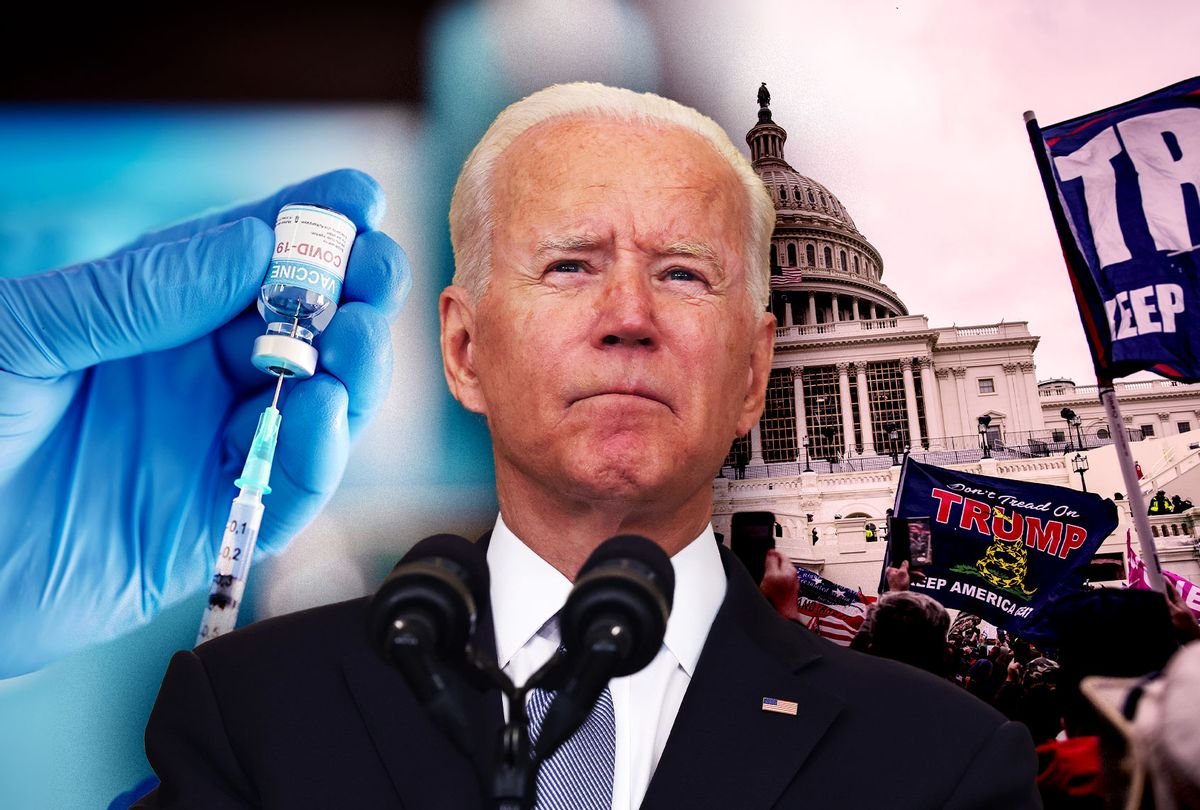 The most striking thing about President Joe Biden's Tuesday speech about the sudden fall of Afghanistan to the Taliban was the underlying message to his Republican critics and their handmaidens in the Beltway press corp: Jesus Christ, start acting your age already.

"I want to remind everyone how we got here , , and what America's interests are in Afghanistan," Biden said before he went on to level with viewers about how he "came to understand firsthand what was and was not possible in Afghanistan."

"Staying and fighting indefinitely in a conflict that is not in the national interest of the United States" is no longer acceptable, Biden made clear.

It was sober-minded, realistic and frank. It's time now for the so-called adults to put away their G.I. Joes. Action movies are fun, but this is real life, and in real life, there are some problems that can't be fixed by rallying around the flag and punching the bad guys. It is time, in other words, to grow up.

Now contrast that with the infamous moment 16 months ago, when Donald Trump, faced with the early stages of the COVID-19 pandemic, declared that he had a "good you-know-what" while pointing at his head, and wondered out loud why doctors hadn't considered curing the disease by "cleaning" the lungs with an "injection" of bleach or other household disinfectants. (Reason: Those are poisons that would kill you.)

The gulf between the two men is tremendous in many ways, but this may be the biggest: Biden, when faced with an ugly but unavoidable situation, not only has the steel to make the hard decision but expects Americans to be mature adults about why things are the way they are. Trump, on the other hand, when faced with a similarly tough set of circumstances, spins off into a puerile fantasy where one quick fix makes it all go away.

And now the press is having a tantrum of their own in the face of Biden's tough words about how Afghanistan was always going to fail.

Don’t listen to anyone who was ever in favor of occupying Afghanistan. They were wrong for thinking that the United States could have won. They were stupid to think that invading fghanistan would prevent another 9/11, a horror for which the Taliban had zero responsibility. Afghan War supporters were immoral for supporting the bombing of civilians that were so routine that blowing up wedding parties became a joke, for backing the invasion of a sovereign state that never posed a threat to us, and for justifying the violent imposition of a corrupt puppet regime.

Anyone who ever believed that going into Afghanistan was a good idea is too stupid to deserve a job in journalism, academia or military command.