Holman Jenkins Jr.,  let us acknowledge here, is perhaps the WSJ's most prolific troll on a variety of topics - but especially Covid 19 and climate change.  Compared to the rest of the WSJ stable of op-ed propagandists (Kimberly Strassel, William McGurn, Daniel Henninger) Jenkins Jr. is like an Olympic triathlete.

In the first piece, Jenkins Jr. is once more mesmerized by the lab leak bunkum, which has already been pretty thoroughly discredited. There's no mystery to his motivation:  It provides backhand justification for Trump's endless parroting of the "Wuhan virus"   or "China virus".  Reckless rhetoric that has arguably led to the horrific attacks on Asian Americans in this country. 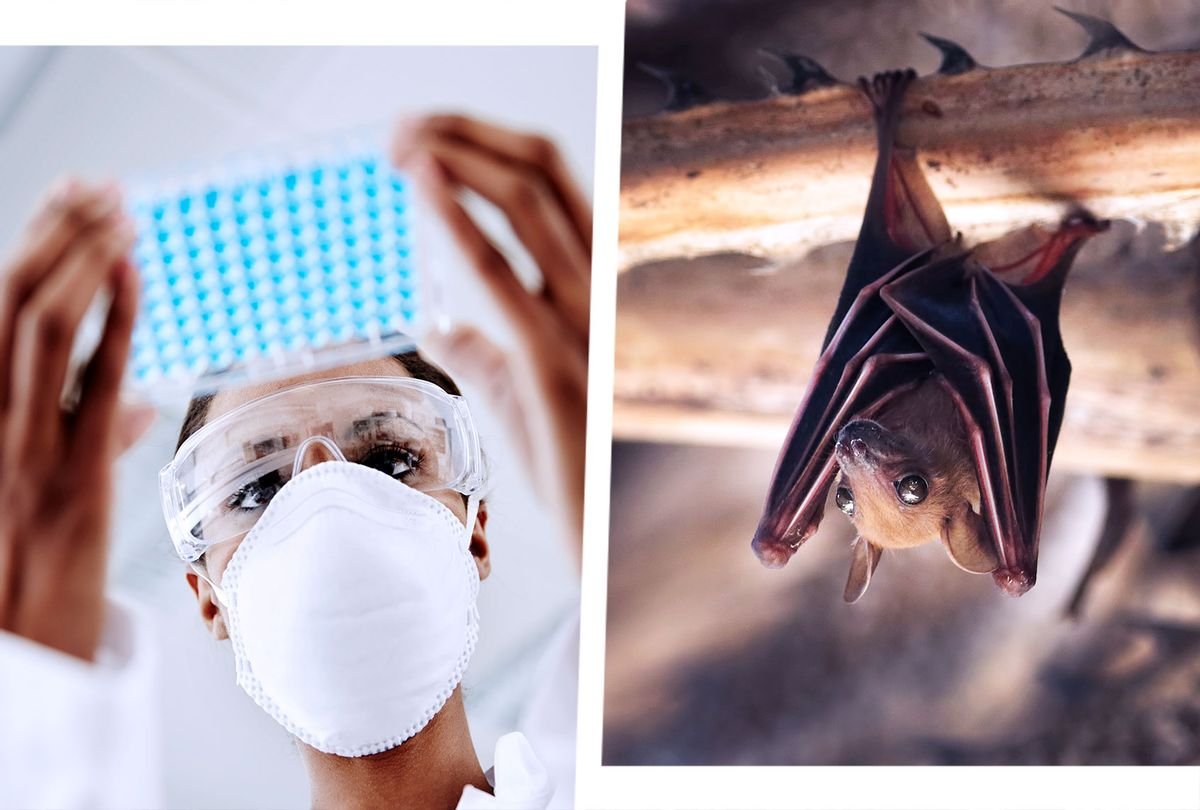 "Led by Matt Yglesias from his (sigh) Substack blog, a narrative started to form in May that the mainstream media was deliberately ignoring a scientifically valid hypothesis because of a, heaven help us, bias against conservatives. Otherwise reputable opinion writers like Jonathan Chait of New York, eager to demonstrate that they are Not Biased and Care About Hearing All Sides, took up the mantle, scolding the mainstream press for supposedly dismissing the "lab leak hypothesis" out of hand, simply because Donald Trump and Sen. Tom Cotton, R-Ark., were fond of it."

As well,  science educator Rebecca Watson explained in a video responding to the controversy , "There is currently no evidence that COVID-19 originated in a lab. None."

So why is Holman Jenkins Jr.  still belaboring this claptrap and even inventing an unsupported conspiracy ideation that thanks to a "Chinese virologist's private word to a counterpart" (in 2004) we now know that the original emergence of Covid was likely due to the release of a stored lab specimen.  Specifically, when "Chinese military recruits were intentionally exposed to the 1950s virus."  (A Covid variant last seen in that auspicious year.)

But one person who does say, in regard to such a half-assed scenario is Laurie Garrett in her book, 'The Coming Plague'      In her chapter Nature and Homo Sapiens she shows using other viral examples how Holman's conjectures translate to a load of rubbish.  I.e. a 1950s virus stored in special containers doesn't just "pop out" into a new variant form 60 odd years later and wreak havoc after being injected into unwitting Chinese military recruits.

But wait!  Lo and behold Holman cites a guy (Martin Furmanski) who got the goods "in a 2014 examination of the incident".   Alas, he was unable to publish or publicize it because "such allegations" might torpedo the then nascent cooperation between Chinese and Russian virologists.

How convenient.  But lab leak aficionados need not despair as Holman Jr. next places his trust in - wait for it! -  House Republicans. They "did a study of the public record which shows the reasons to suspect a lab leak were not in short supply."

"For the moment the forecast of this column is that most of the world's governments, not to mention the World Health Organization, are of one mind in preferring the mystery of Covid's origins to remain a mystery."

Oh, you mean like Ebola's origin has also remained a mystery after 3-plus decades, as noted by Laurie Garrett? Who also points out this is the case with most viruses that cross species barriers.  But Holman would rather confect misfired intrigue and raise doubts, and then object that uncertainty is a cop out and we should instead give the lab leak bunkum even more air time and attention.

Speaking of which, his climate twaddle continues to match his Covid lab leak codswallop in BS quotient as one reads his 2nd piece.  He writes for example:

"This week the U.N.’s Intergovernmental Panel on Climate Change released a draft of its long-awaited sixth assessment report coupled with an unscientific and fatuous preamble that said “no one is safe” from a warming planet.

Yes, and no one is safe from iced tea and Kylie Minogue either, since both also involve costs and benefits just like humanity’s habit of using the atmosphere as a CO2 dump."

Which follows the standard Holman M.O.: conflating the serious threat of a tipping point climate transition with prosaic nonsense in an effort to diminish and mock the former.  Go back and read through Jenkins Jr's columns and you will see the same routine in each of them.  It's just the subject that changes.   He then confirms his nonserious jabber on scribbling:

"Of interest to the nonfatuous was the track of real-world temperature changes. The IPCC estimates a rise of 1.1 degrees Celsius in the past 150 years. This information, which it highlighted in bold print, led the IPCC in much finer print to lop 0.5 degree Celsius off its likely worst-case impact of a doubling of atmospheric carbon dioxide.

In other words, real-world warming, the IPCC finally acknowledges, has been less than that expected from its climate models."

Not so fast there, Holman.  Looks like you missed the section where we read: "Global surface temperature has increased faster since 1970 than in any other 50-year period over at least the last 2000 years (high confidence). Temperatures during the most recent decade (2011–2020) exceed those of the most recent multi-century warm period, around 6500 years ago."  Adding:

In that SSP5 -8.5 scenario we will see an increase of 5.7 C  by 2100,  which is the level expected by the Bulletin of the Atomic Scientists - which noted two years ago that climate report understated the threat.  By logical extension, this current one also does.  Why? Climate blogger John Atcheson cited two reasons:

1)  Most of the climate-related estimates you hear in the news and from the IPCC have built in assumptions that we humans will take necessary actions to mitigate the worst of the climate crisis. There’s no evidence that making such assumptions is a prudent thing to do. We’ve known about this unfolding tragedy for three decades now, yet we’ve been steadily increasing the amount of greenhouse gasses we release.

In other words human behavior is not going to change in the short term, any more than it has in the longer term.  So one's best bet is to project the most dire SSP5-8.5 scenario on the temperature change- which means 5.7 to 7.0 C or effectively runaway greenhouse level.

2) The second reason the climate crisis is likely far more dire than most people have been led to believe is that the IPCC, most of the scientific community, and the media present mid-range scenarios for temperature increases, not worst-case forecasts, and usually they don’t include potentially dangerous feedbacks.

This is precisely why the Bulletin of the Atomic Scientists emphasized the understatement of the threat, because the feedbacks are mostly ignored.  Jenkins himself even fesses up to the worst case scenarios, e.g.

"The big risks in the IPCC report are the known unknowns, the possibility of sudden tipping points in ice sheets or ocean circulation."

But Jenkins' argument at the end is much like the ones he's trotted out for ignoring the assorted Covid protocols and just "living your life with the risks".

True, but that doesn't mean we ought to needlessly ignore the risks and especially how they might at least be mitigated if we used a grain of common sense. 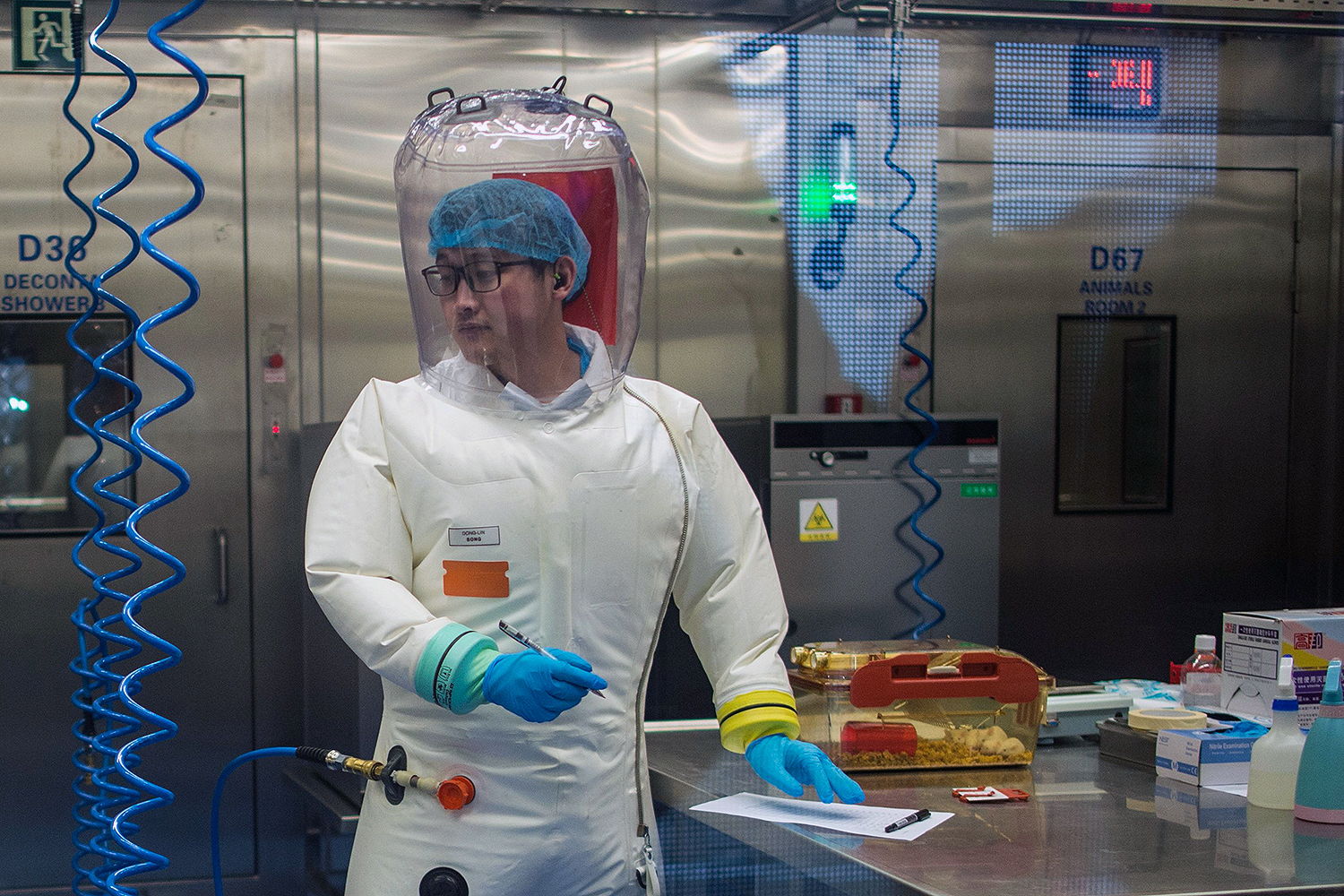 Environmental Policy
Cat 4 and 5 Hurricanes, Tornados Where They Haven’t Been, and Rising Temps Ahead Bode More Like It 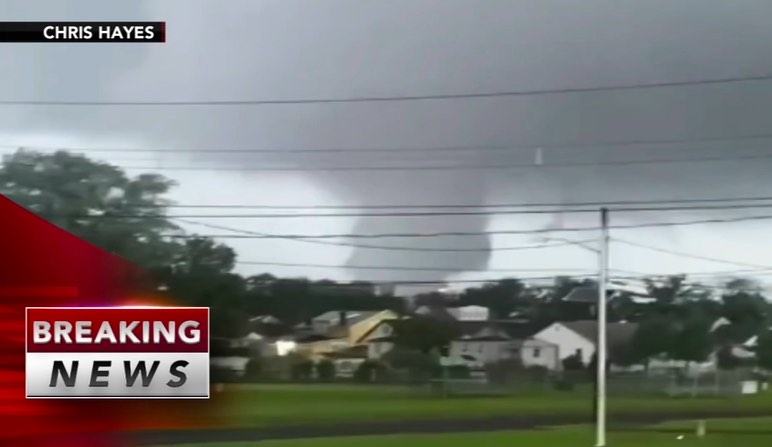