"What we have seen is [Afghan troops] recognising the writing on the wall and taking steps to protect their own interests rather than putting up a fight.”  -Elizabeth Threlkheld, a former U.S. state department official and now a senior official at the Stimson Center in Washington, quoted in Financial Times today

"Carter Malkasian, a longtime adviser to U.S. commanders in Afghanistan, has pegged the weakness of the Afghan forces on their lack of a unifying cause that resonates with Afghans, as well as their heavy dependence on the United States. By contrast, Taliban members were fighting for their culture and Islam. They “exemplified something that inspired, something that made them powerful in battle."-  WaPo article, Saturday, p. 1A:   'From hubris to humiliation: America’s warrior class contends with failure of its Afghanistan project'

After storming across Afghanistan’s countryside in recent months, the Taliban has now overrun Kabul after a week toppling a succession of provincial capitals — including Kandahar, Herat and Lashkar Gah — altering the balance of power in the country. Indeed, now putting it on path toward radical theocracy.  Almost on queue the Right's nervous nellies and their allies have begun screeching, and blaming Biden for the rout of Afghan security forces. Who,  let's get real, have too many times given up without a fight and let American weapons fall into Taliban hands.  Is Biden to blame? Hell no!  As I wrote earlier it was a no brainer to leave this losing wicket, e.g.

But leave it to the reactionary Right media to squeal like stuck pigs, e.g. from one WSJ editorial  Saturday ('Biden's Afghanistan Surrender'):

"Mr. Biden would like to absolve himself of responsibility for this looming defeat, but he cannot. He could have withdrawn U.S. forces in a careful way based on conditions and a plan to shore up Afghan forces or midwife an alliance between regional tribal warlords and the government in. The President did none of that.

Instead his mid-April decision to withdraw, on the eve of the summer fighting season, triggered the May 1 start of the Taliban offensive."

Then trotting out this farrago of magical thinking baloney, e.g.

"Government forces are more likely to fight, and could stand a chance, if Mr. Biden brings U.S. air assets back to the country. The U.S. will also need to deploy enough troops and contractors to keep the planes flying and Bagram air base secure.

The fall of Kabul may look inevitable, but the Taliban isn’t the Wehrmacht. A display of even modest renewed U.S. support would boost Afghan morale and give the Taliban pause on its march to Kabul. Once a rout is stopped, the U.S. can then work on a strategy that assists Afghans who oppose the Taliban to set up a resistance. "

Missing the point this war was lost before it was ever fought  (As per Sun Tzu in 'The Art of War') .  Why?  First, because the U.S. was too full of hubris that it could do what no other world power (Britain, USSR) could in taming this nation, subduing it into an imposed order.    Second, because the U.S. -trained Afghan forces never possessed the ferocity and will to fight that the Taliban does - which gave them an advantage beyond any air power or outside support.

The CNN's Clarissa Ward made the point last Wednesday which I've not heard uttered by any other media personae: The Taliban are ferocious fighters because they firmly believe that in death they will enter an Islamic version of paradise- which clearly the Afghan forces do not so believe, else they'd not have been giving up without a fight - letting American weapons fall into enemy hands.

Ms. Ward's point about memetic advantage isn't totally original, as it was first described by Howard Bloom in his book: The Lucifer Principle: A Scientific Expedition Into The Forces Of History.

Thus, the force which most consistently prevails will be that which embraces the most powerful memes with the highest performance and infective value. The Taliban believe they are fighting for their culture and a rigid form of Islam and nothing and no one can divert them. They will not be "westernized"  or  "Americanized" like too many Afghans. In effect, we could provide the Afghans all the support - air or ground-  in the world but it didn't matter because their beliefs didn't match  the potency or staying power of the Taliban's.  True, the Taliban may not be the Wehrmacht (according to the WSJ)  - but - their belief system confers an energy and ferocity that the Wehrmacht could only dream of.  As Bloom notes concerning the meme of radical Islam such as the Taliban embrace;

"Allah is rapidly providing fundamentalist Islam's followers with a sword to carry out their master's wishes. He has offered Islam the fire in which the Koran says those who follow false faiths are destined to burn: nuclear weaponry. He has also provided the long range missiles needed to use it.    According to the late imam's logic, there may be only one just and righteous thing to do: employ this technology to wipe out recalcitrant heathens like you and me. The modern growth of Islam is the coalescence of a superorganism drawn together by the magnetic attraction of a meme."

"Today's Islam is the perfect example of a meme grown ravenous....The ground is ripe for worldwide Islamic fundamentalist expansion. It is currently the largest growing religion in the world"

In the end, like it or not, this was always the Afghans' war to win or lose - and their nation to fight for.  All the hindsight prattling by the Right's idiots about Biden won't change that. (Apart from the fact it's kind of choice bellyaching now given it was Dotard Trump who signed the original 'Doha Agreement' with the Taliban in February last year that gave them carte blanche to take over- including drawing down U.S.troop strength from 15,000 to 2,500 by May.)  If the Afghans are petrified of losing lives on the battle field against these Taliban Islamic extremists it's nuts to ask the U.S. to do so for them.  Oh and pour more billions into defense contractors' coffers - which has seen the 10 counties surrounding Washington, D.C. reap untold riches thanks to the nation's warmonger clique.

Again,   Trump signed the key deal with the Taliban that limited direct military action against the insurgents. That allowed the Islamic extremists to gather strength and move quickly to seize key areas when Biden announced plans to withdraw all American forces by the end of this month. In effect, the Taliban were already in place to grab territory, thanks to Trump.  Enraged that the U.S. was unable to exit with more dignity?  Blame Traitor Trump, who actually originally planned to entertain the Taliban commanders at Camp  David.

Here, of course, is also where the fallacy of "sunken costs" enters that would lure the less intelligent into a cycle of irrational decisions, more wasted lives and costs.

I.e. "Well, we've already invested so many billions and lost thousands of lives that we can't just back out now!"

A delusional mental eruption whereby one focuses on past commitments and costs already paid, as opposed to focusing on current and future costs and benefits.  In particular, what would be the sense of going back in and losing thousands more lives, to no end?  After all, it was a Taliban commander who told a U.S. platoon commander guest (Jake Auchinscloss) Maddow featured on Friday night:  "You have the watches, but we have the time!"

After 20 years already squandered to little or no effect, with a fighting force more inclined to run than fight, nothing would change and vastly more costs in blood and treasure would ensue.  It doesn't take a Mensa member to figure that out!

Let's also note that the repeated deployments via Pentagon "stop-loss"  policy led to disability rates already more than double those of Vietnam vets.  As it is, Linda Bilmes - a senior lecturer in public policy at Harvard - estimates the U.S. will spend more than $ 2 trillion just caring for and supporting Afghan and Iraq vets as they age.

The U.S. already has expended the most lives and dollars on the most inconclusive years of the war-  so why on Earth would it extend that indefinitely?  It's insane.  It's stupid.

As for the terrible optics playing out in TV scenes now, that's the way it goes. Deal with it.  Everyone with a grain of sense knew it was coming. As former acting CIA chief Mike Morrell explained last week in an appearance on CBS, a pullout with a decent peace accord ought to have been completed in 2002.  We had met the early objectives and could garner a decent peace plan if we really tried.  We didn't.  (The U.S. had rejected a Taliban offer to surrender Bin Laden to a “third country”, a deal which could have eliminated the need for the ensuing war, but the Bush/Cheney administration would not accept the terms: a halt to the bombing of the country, and presentation of evidence that Bin Laden had been behind the attacks on the U.S.)

Full of the aforementioned hubris, Donald Rumsfeld wanted to continue a program of nation building - leading to a quasi-democratic Middle Eastern state - which was a mistake.  He ought to have listened to the Russkies who'd already pulled out of their own Afghan debacle - but he was too full of faux American pride.  The warped belief that 'Well, the Russians failed because they're Russians!  But we Americans can do better!"

Baloney.   The fact now in retrospect is that U.S. and NATO forces worked for two decades to build this 'unique' Afghan state - which we've now seen fall apart in weeks.  Because the "fighting force" we put together and trained - even with air power- lacked the will to fight the Taliban.

Serious U.S. help at this stage entails expediting special immigrant visas to enable direct transport of Afghan interpreters, advisers, assistants etc.,  to relocate them here in the US of A.  No third country "layovers" or stops with the Afghans having to cover costs.  (See e.g. 'Afghans Despair Over Long Visa Process', WSJ, p. A7, Aug. 14-15)

We pay the freight and help get them here, and that includes the cooperation of the yelping Repukes to get new visa regs adopted if needed. No more bitching about legal and illegal immigration or "too many Middle Easterners flooding our country".  This is one form they need to be able to swallow and not complain about,  including the money (maybe $100m)  to feed, house the new refugees-    indefinitely.

If Biden ends up having any blame at all, it will be for failing to push to organize and expedite a practical Afghan migration for all those  (maybe 25,000, including immediate family) who helped us when we needed it.   The thing that would hurt Biden most are any scenes on Afghan TV of those who helped us getting beheaded in public squares.  Make no mistake the 'pukes would use such material in endless ads preceding the '22 and '24 elections.

Don’t listen to anyone who was ever in favor of occupying Afghanistan. They were wrong for thinking that the United States could have won. They were stupid to think that invading Afghanistan would prevent another 9/11, a horror for which the Taliban had zero responsibility. Afghan War supporters were immoral for supporting the bombing of civilians that were so routine that blowing up wedding parties became a joke, for backing the invasion of a sovereign state that never posed a threat to us, and for justifying the violent imposition of a corrupt puppet regime. Anyone who ever believed that going into Afghanistan was a good idea is too stupid to deserve a job in journalism, academia or military command. 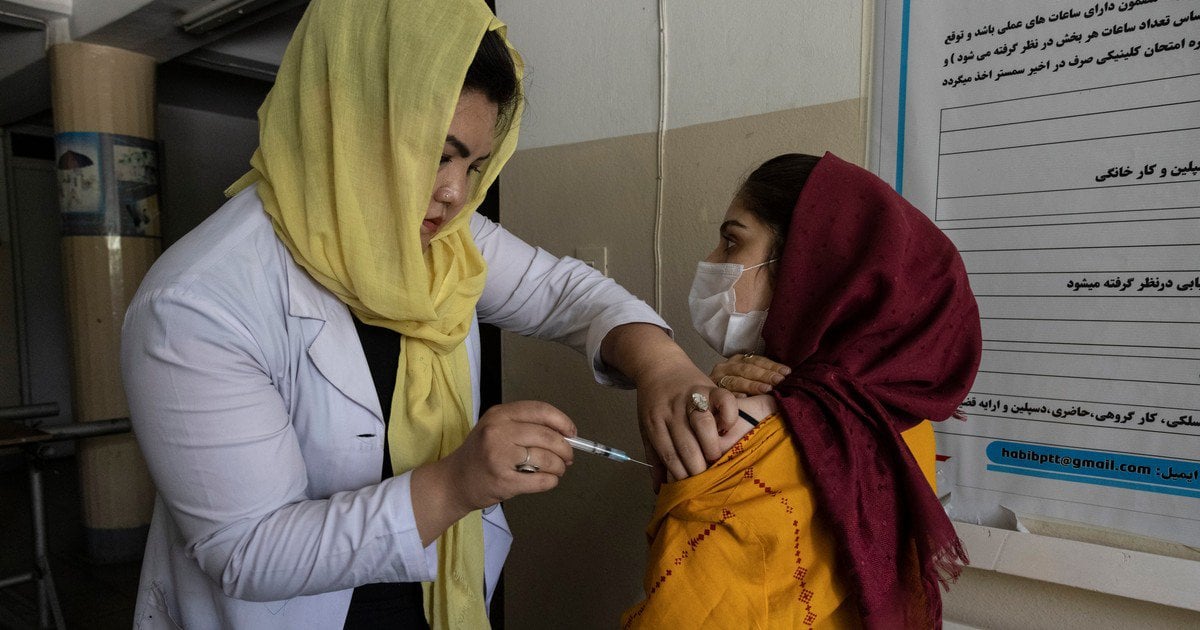 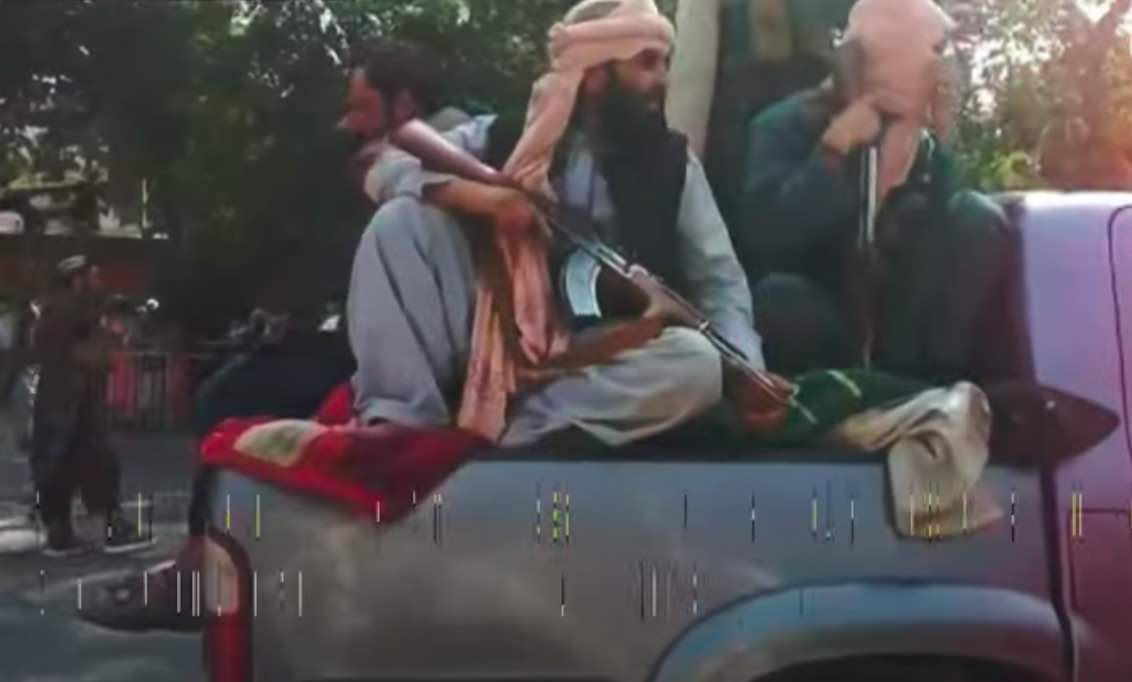