New UN Report Issues "Code Red" For Humanity On Climate - Is It Hyperbole? 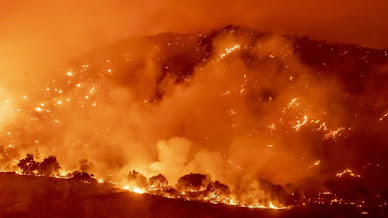 "No one should imagine that this report is unduly alarmist. It represents mainstream scientific opinion which some climatologists would express even more strongly. Nor did the lengthy IPCC writing process allow the authors to take full account of the latest signs that climate may be changing even faster than most models had suggested: extreme heatwaves, catastrophic floods and rapid melting of Arctic ice and permafrost.

The report makes depressing reading but provides policymakers with no excuse to throw up their hands and give up.   ... With such a serious climate emergency looming, the world cannot afford to rule out anything that might be part of the solution. But, as the IPCC recognises, the main route away from hell on earth must involve weaning humanity off its carbon addiction."    -  Financial Times Editorial today: 'Time is running short to avert hell on Earth' (p. 14)

Yesterday, the U.N.’s Intergovernmental Panel on Climate Change (IPCC) released   a new report. after an eight-year gap.  Within 12 hours climate quack  Steven E. Koonin had an op-ed on the  WSJ  website claiming 'more climate hyperbole'.   But  is it?

Over the past week, hundreds of climate scientists commissioned by the IPCC’s 195 member countries met virtually to run through their findings line by line to finalize the document, which offers the most comprehensive reading yet of the physical science behind a warming planet and its changing climate.   In a word,  this sobering document ought to make it impossible for even the crassest climate denying freak -  even in the high I.Q. societies of Mensa and Intertel - to keep spewing their baseless offal.

Even without the IPCC’s horrific conclusions, extreme weather linked to climate change has wreaked havoc across the globe in recent weeks. After torrential rains led to floods across areas of Northern Europe, wildfires are burning their way through parts of Southern Europe. In Italy, the number of these blazes is estimated to have tripled this year compared with the yearly summer average. In Greece, fires prompted evacuations around the archaeological site of the original home of the Olympics.

In Turkey, scorching temperatures — set to rise 8 degrees Celsius above seasonal norms in some areas — triggered a wave of fires across dozens of its provinces. They burned through more than 100,000 hectares of land and displaced thousands of people, and shut down stretches of the country’s tourist-clogged Aegean coast. Critics of Turkish President Recep Tayyip Erdogan lambasted his government’s lack of preparedness and historic disregard for climate action and environmental protections.

Meanwhile, the monster fires ravaging the Yakutia region of  Russia have now devoured more than 10 million acres, with 175 fires still burning. Scientists fear the amount of CO2 released from these blazes could surpass last year's record.  Let us also process that even more carbon dioxide is released in the fires.  Last year's Russian fires alone were calculated to have released 540 megatons of climate -warming CO2. Similar scenes are playing out in other regions across the globe.

The coming years of increasingly extreme and erratic weather will strain many other governments as well. A summer of brutal heat waves across the Northern Hemisphere is only a sign of things to come, according to various new climate models. “As global temperatures have increased, extreme heat events in the Northern Hemisphere have occurred with greater frequency and intensity,” my colleague Kasha Patel wrote this week. “Deadly, record-crushing heat waves have scorched parts of the United States, Europe and the Arctic in just the past two decades. (The World Health Organization reports that more than 160,000 heat-related deaths occurred from 1998 to 2017 globally.”)

This latest report is serious and significant, so much so that the words "code red" apply.  The work is drawn from a three-year analysis of 14,000 peer-reviewed scientific studies and forecasts: rising seas, melting ice caps , severe heat waves. droughts and other effects of a warming climate which may be irreversible for centuries and are “unequivocally” driven by greenhouse-gas emissions from human activity.

"We’ve known for decades that the world is warming, but this report tells us that recent changes in the climate are widespread, rapid and intensifying, unprecedented in thousands of years. Further, it is indisputable that human activities are causing climate change.”

Dan Lunt, a climate scientist at the U.K.’s University of Bristol and one of 234 co-authors of the report, said, “It is now completely apparent that climate is changing everywhere on the planet.”
Most critically, this new report sharpens estimates of how sensitive the climate is to rising atmospheric levels of carbon dioxide and other greenhouse gases—a key metric in forecasting the rise of global temperatures in the years ahead.  Recall Prof. Gunter Weller (formerly of the Univ. of Alaska-Fairbanks Geophysical Institute)  has estimated the runaway greenhouse effect will kick in when the CO2 concentration level of 600 ppm is surpassed-  which seems reasonable.
According to NOAA, a modern seasonal high of 419 parts per million was reached in May. That is higher than at any time in the past 3.6 million years.  The report reflects new scientific methodologies, honed in an era of growing climate disturbances. It draws on a better understanding of the complex dynamics of the changing atmosphere and greater stores of data about climate change dating back millions of years, as well as a more robust set of satellite measurements and more than 50 computer models of climate change
Further, atmospheric levels of methane, an even more potent greenhouse gas, are now about 2½ times their preindustrial levels and steadily rising, according to the International Energy Agency.

In 2013, the IPCC’s assessment concluded that humans were the “dominant cause” of global warming since the 1950s. Its findings spurred the negotiations that led to the 2015 Paris agreement, which compels signatory governments to commit to reforms that will restrict planetary warming this century to under 2 degrees Celsius, and ideally 1.5 degrees Celsius. In the intervening years, the IPCC has issued a number of special reports, including analyses of the state of the oceans and the planet’s frozen corners, land use and phenomena like desertification, and a 2018 red alert over the rapidly narrowing window for governments, civil society and the private sector to push through the reforms needed to keep  the worst effect at bay, to stave off global temperatures rising at an average above 1.5 degrees Celsius.

The conclusions of the latest study — delayed for months by the coronavirus pandemic — are expected to sound an even grimmer warning about the pace of planetary warming. It is likely to offer a projection of how much more emissions can enter the atmosphere before that 1.5-degree threshold is crossed, a point beyond which experts warn of catastrophic events facing the planet. The assessment will also project with greater specificity what some of these disastrous effects may be.

What about adapting to what's unfolding, as some climate obfuscators like Roger Pielke Jr. and Steven E. Koonin have suggested?  According to Sonia Seneviratne, a senior scientist at ETH Zurich in Switzerland and a lead co-author of the report.

“We don’t really have time to adapt anymore because the change is happening so quickly.”

That ought to be all the proof needed that this new report is not hyperbole.  It also means that all those degenerates on the Right who get off on "rolling coal" - blowing soot-drenched smoke in climate activists' faces - need to be locked up with the keys thrown away.   The time for fun & games, as well as trolling the libs, is now gone with the planet on the verge of burning to a crisp.

Climate Justice
With Earth on Edge, Climate Crisis Must Be Treated Like Outbreak of a World War The photos of Greece on fire are shocking. But shock doesn’t always lead to change. 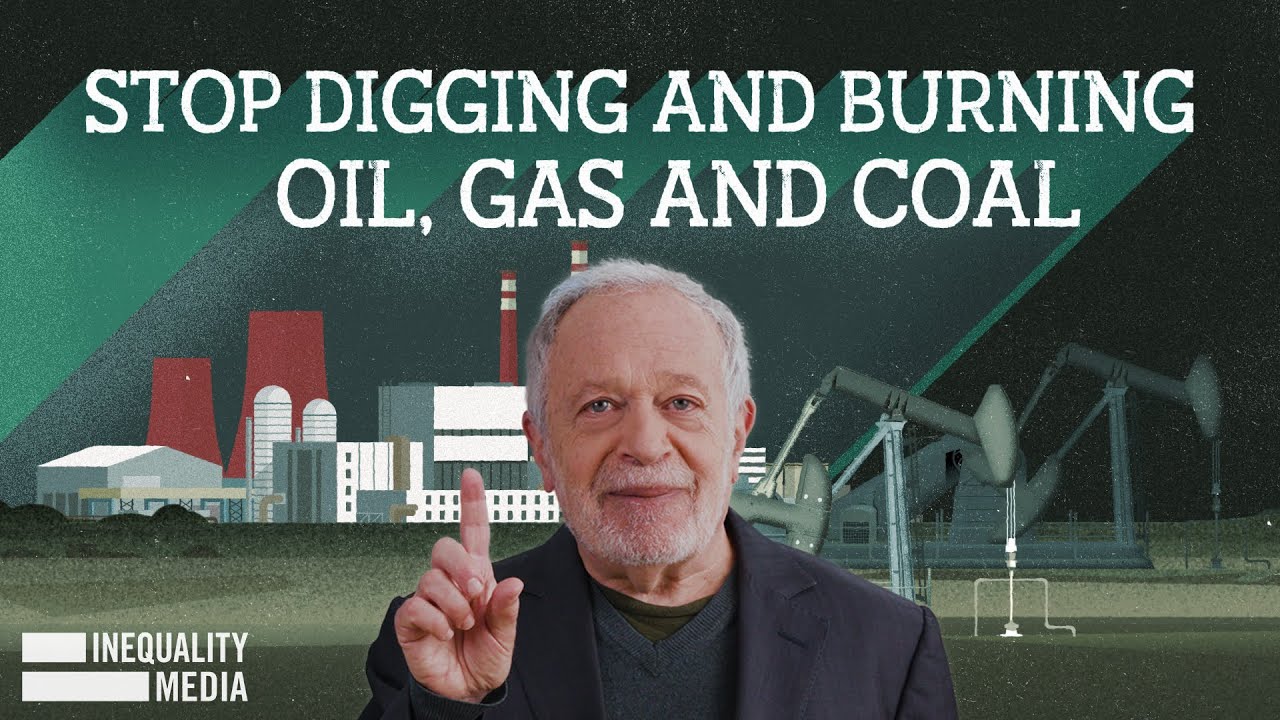 Posted by Copernicus at 7:11 AM