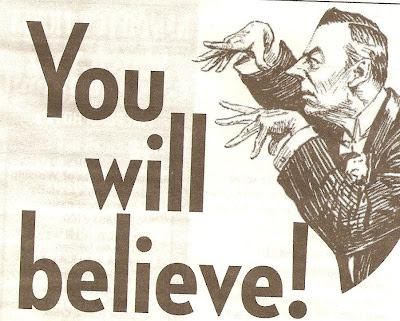 
“Though atheists on average score the equivalent of a relatively trivial 3-4 points higher than Christians on IQ-derived vocabulary and analogical reasoning tests, most people who earn scores equivalent to an IQ score of 125 are Christians. To assume that people with moderately high IQ scores are probably atheists reflects confused statistical reasoning and probably academic bias.”


But the only one really confused is Lindgren. Indeed, when the proportions of the population are corrected for, atheists far outscore Xtians in standard IQ tests. (It isn’t again, a matter of absolute numbers who possess higher IQs – which skew toward Xtians who vastly outnumber atheists, BUT rather in the respective proportions of each class that land in the upper tier (e.g. 5%)  of IQ). Compounding his foolishness is the further claim that:


“Republicans score the equivalent of 3.4 IQ points higher than Democrats on the 2006-2012 GSS vocabulary tests and 3.7 IQ points higher on the 1996 analogy tests—about the same as the atheist-Christian difference.”


Which makes one wonder what kind of proctors were available for these tests, or whether Lindgren is even aware that GSS results – without being meticulously unspooled from their global basis- are even worth a pot of rotten beans.


Meanwhile, a study published in August of last year concluded that “atheists tend to be more intelligent than religious people”.  Perusing 63 different studies on the issue since 1928, the study, by Miron Zuckerman of the University of Rochester, found that there is “ a reliable negative relation between intelligence and religiosity”,  In 53 out of the 63 studies reviewed,  atheists scored significantly higher than religious believers on a broad spectrum of IQ tests. Also:


“The more intelligent that a child was, the more likely he was to shun the church.”


And that this tendency persisted even into old age. (There were no “last minute” conversions because one was approaching death.)


The researchers defined religion or its attachment as allegiance to some mode of belief. They extracted intelligence based on the ability to plan, to think abstractly and to solve higher order problems such as the ACH form (abstract, categorical and hypothetical)  typical on standard IQ tests.


Then there is Skeptic Magazine (Vol. 15, No. 2, 2009) and the article 'Atheism Rising', by James Allen Cheyne.  Cheyne referenced a compendium of research which has shown an inverse correlation between religious belief and intelligence as measured by IQ.

This doesn't appear so fantastic a claim, based on the statistics he cites, when one realizes that just a moderate IQ (105-115) should be able to see that talking snakes (as in the "Garden of Eden"), guys living in whales bellies, and a man who can walk on water...are all preposterous. No genuinely intelligent person could buy into any of these any more than a smart kid would buy into Santa Claus.  (So again, one must wonder what planet or parallel Earth Jim Lindgren is living on.)

In more depth, Cheyne makes reference to the particular type of thought called ACH,  missing from most believers'  mental arsenals and which figures prominently on many IQ tests (such as the Raven's and Wechsler Similarities tests). Such tests feature many questions which construct an abstract hypothetical from a particular category, then ask the person to predict the consequences, if any.

1) If Venus and Earth were to exchange orbits, what would happen as a consequence to each planet to change it from its current conditions?

2) If a hollow equilateral pyramid were to be able to be opened up and spread out in two dimensions, how would it appear?

3) We observe the red shift of galaxy clusters and interpret cosmic expansion. What would we conclude if all galaxy clusters showed a blue shift- but only up to 1 billion light years distant and no more?


4) If the nitrogen and oxygen proportions of our atmosphere were suddenly exchanged how would this affect current living conditions?

5) If the gravity on Earth were suddenly decreased by half, how would this affect energy costs in two named modes of transportation?

6) Imagine a sphere turned inside out, how would it look in 3 dimensions?

None of the above are particularly "easy" but neither are they too difficult for a person aware of basic facts (e.g. that Venus is already closer to the Sun than Earth by about 1/3) but do require the ability to abstract from the conditions of the hypothetical to see the new situation, and assess it. This is the very ability that Cheyne shows is missing as one examines results for religious believers, including Christians.  It is also an ability that Jim Lindgren appears totally ignorant of in his own claims but isn’t surprising if he relies on GSS data and doesn't discriminate by proportions relative to the whole population.

Why are believers missing this crucial component of thought which also, by the way, is essential for critical thinking? There are a number of reasons. For example, one may be that the honing of such skills was never possible, for example if they came from a home schooling environment. Another, more controversial, is that the very neural pathways that predispose them to belief or faith, are also the ones that inhibit predictive ACH conceptualizing.

An interesting aspect here, as Cheyne notes, is that many people - including believers- display quick wittededness and clear thinking, and also good vocabularies - but remain "uncomfortable with abstract or hypothetical thinking and found such thinking to be alien".

This feature certainly explains the disbelief and even anger of many religious believers to certain scientific claims - such as natural selection, or the Big Bang. Their hypothetical and abstract brain apparatus simply can't process either (especially how randomness enters) and they often become enraged at what they perceive as insults to "common sense". In reality, what they are confronting is their own breakdown in ACH thinking.

What about those Christians and other believers who happen to belong to high IQ societies like Mensa, Intertel, and the Poetic Genius Society? I believe their cases can easily be explained by a latent psychological neediness that seeks to create a fantasy world with which they’re more comfortable. In this sense, all their ACH thinking which normally would be directed into processing of real world problems, acts to create a (hypothetical) fantasy world instead.

They still score reasonably high on the standard IQ tests because perhaps they can do many more of the questions to do with verbal analogies, general analogies, geometric perception, than the ACH questions provided.

Lastly, one must bear in mind that correlation is not causation, so that merely because a religious believer scores low in ACH questions (or even lower generally in some IQ tests) doesn't necessarily mean he or she is a dummy. It may just be that the brain they have is not equipped to do scientific hypothesizing or veer into the realm of atheism. (For which one takes a no-nonsense hypothetical approach based on observing absolutely no divine attention to the world or cosmos, and hence an absence or at least the need to reckon a divinity into existence).

Bottom line: Let’s chuck the nonsense that the atheist advantage over Xtians in IQ is barely one standard deviation, if that.  Any group that believes in talking snakes, magic bread wafers made up of the real flesh of a god-man, immaculate conceptions, men emerging alive from the hydrochloric acid of whale bellies, etc, will tend not to display high ACH reasoning and hence will not do well on any I.Q. test that incorporates such material.

Posted by Copernicus at 4:59 AM