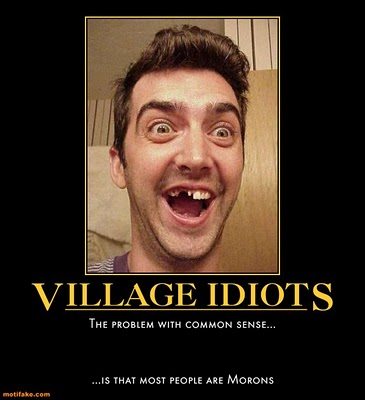 "America has become amnesiac - a country in which forms of historical, political, and moral forgetting are not only willfully practiced but celebrated. The United States has degenerated into a social order that is awash in public stupidity and views critical thought as both a liability and a threat"- blogger writing on SmirkingChimp last July

"It is a fact that every democracy that's existed  has committed suicide." - John Adams


The recent Vanity Fair poll results on ethics, disclosed this morning on CBS Early Show, is enough to drive the true citizen into permanent depression. In one poll question, to do with Edward Snowden's ethics in disclosing NSA surveillance overreach, 54 percent asserted he was in the wrong, only 27 percent that he was right to do so. Meanwhile, even more atrocious, nearly one fifth of respondents (19%) said they "had never heard of Edward Snowden". That means a total of 54% + 19% = 73% of those polled are either dolts or brainwashed morons. That's essentially three-fourths of all Americans, assuming this sample is in any way representative, which I believe (from past polls) it is.

The VF hack who released the results on the air said it showed "Americans' opinions had evolved from when they first thought he was a hero."

No, that's not it at all. It shows these fools have been brainwashed by the steady,  anti-Snowden media portrayals and drumbeat! And the people were too damned dumb to see through it, and how their minds were being manipulated. Worse, a fifth of the morons were so detached from their responsibilities as citizens - to protect their 4th amendment rights - they didn't even know who Snowden was.  It boggles the rational mind to comprehend how a people who once valued liberty and had enough education to see through vapid media PR, now can't tell their asses from holes in the ground

Sickening! Do the people of this nation even deserve their civil liberties? I doubt it.

If we take common sense for granted in this sampled population (and that is not a foregone conclusion by any means) then one would expect people who are reasonably educated to be aware that their privacy rights are bound up intimately with their 4th amendment rights - to be free of lawless search and seizure. As I noted in previous blogs to do with this issue, while the specific right to privacy isn’t specifically listed in the Constitution,  the Founders understood that as time went on new rights would emerge which they might not be able to think of (e.g. to health care), hence bundled these into the unenumerated rights under the 9th amendment..

We also expect them to be informed enough to grasp the extent of NSA's unconstitutional mass data collection. And hence to realize that if NSA can snatch their email address books, Google searches and content, web browsing histories, Twitter messages, and cell phone calls as well as all telephone call logs, they are in the condition described by Kenneth Roth of Human Rights Watch, who described the NSA programs to the Guardian thusly:

Roth said: "I used to be a prosecutor – I used to put pen registers on people's phones, collecting the numbers that you dial – but I had to manually compile the numbers. It was very labor intensive, and hence self-limiting. Today, the computer can piece together your entire personal life in a matter of seconds."

These damned "Americans" who polled against Snowden make me want to puke. I also know they'd make my Revolutionary War ancestor Conrad Brumbaugh puke, and believe he'd wasted his blood fighting for independence and liberty. Why do it for a bunch of ninnies, sissies and parasites who'd give their freedom away for a song, just to feel "safe"?  They are a waste of space and remind me of the "good Germans" who looked the other way as their friends and neighbors were trotted into camps for criticizing Hitler, the Third Reich or harboring Jews. Those "good Germans", after WWII. had to be dragged into the concentration camps to be shown first hand what their passive compliance engendered during Hitler's reign.

So really, Americans ought to be getting on their damned knees and THANKING Snowden for revealing what he has about the disgusting trampling of their 4th amendment rights.

Sadly, this farce shows how easily people in this country can be led by the nose, and I warrant it's mainly because they don't read enough. They don't read history, don't read economics or politics, or even the news. They certainly don't go to the next level in separating what's sold them via PR, from facts. No, it's easier to stay mired in the vapid, solipsistic virtual "friend" world of Facebook, or Twitter.

They remind me of the same buffoons and passive nincompoops who willingly allowed their polling to be gamed and "moved" via media propaganda back in 2003 - ultimately allowing Bush Jr. to launch the Iraq War, and our congress critters to meekly agree (so terrified were they of the polling).

These "Americans" are a disgrace, and don't warrant the appellation of citizen!

http://www.smirkingchimp.com/thread/tom-engelhardt/57357/the-fourth-branch-the-rise-to-power-of-the-national-security-state
Posted by Copernicus at 8:02 AM