The effect was first observed by Heinrich Hertz in 1887, but it was left for Einstein to explain (and for which he won the Nobel Prize) in 1905. The effect at the time, was most directly observed when a + charged zinc plate (in a Braun type electroscope) was exposed to x-rays or ultraviolet radiation which caused an increased deflection of the electroscope leaf.  Conversely, a negatively charged plate exposed to the same high frequency radiation caused a decreased deflection showing a loss of potential. Hertz demonstrated the effect using an apparatus such as shown in Fig. 6. 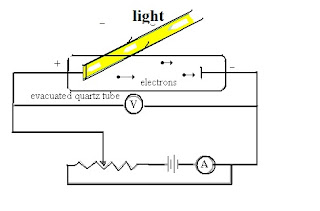 Here, an evacuated tube contained two electrodes connected to an external circuit with the anode being the metal plate on which the radiation was incident. The photo-electrons emerging from the surface thus had sufficient kinetic energy to reach the cathode despite its negative potential. These electrons formed the current (photo-current) measured by the ammeter.


Thus, the maximum kinetic energy of the electrons can be obtained if Vs is known.  If  K max is then plotted against the frequency of the incident radiation (for different tests) a graph such as that shown in Fig. 7 is obtained. 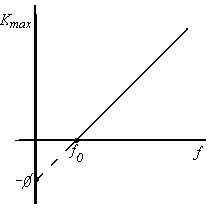 Fig. 7: Plotting K max vs. f to get the work function

The results of such experiments showed:


From the graph originating in such experiments, it is therefore possible to write:


Where f is the “work function”.  It follows from this that one can also get the following graph in terms of the stopping potential Vs : 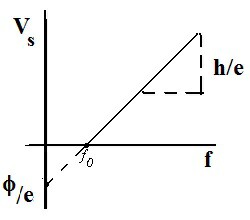 Fig. 8: Alternate graph in terms of the stopping potential

This is known as the empirical graph based on actual measurements. Recall from the theory: ½ mvmax2   =  hf  -  f

Hence, in such experiments the slope h/e will always remain the same but the y-intercept (f/e) will change.  Note that an alternate form of the energy relationship can be written:


A beam of radiation consists of bundles of energy of size hf called “photons”. When such photons collide with electrons at or on a metal surface, they transfer an energy hf. The electrons on the metal surface either get all of this energy or none at all. In leaving the surface, electrons lose an amount of energy f which is the work function of the surface. The maximum energy with which an electron can emerge is:


Problem:  Sodium has a work function of 2.0 eV. Calculate the maximum energy and speed of the emitted electrons when sodium is illuminated by radiation of l = 150 nm. What is the lowest frequency of radiation for which electrons are emitted?


2) A stopping potential Vs = 0.54 V is used for photo-electrons dislodged from a metal surface by radiation with l = 750 nm.  Find the frequency of the incident radiation and the work function of the metal in electron volts.


3) When light of wavelength 500 nm falls on a surface it produces photo-electrons with a maximum kinetic energy K max  =   0.57 eV. Use this data to find the work function in eV and the stopping potential in volts.
Posted by Copernicus at 8:03 AM