More Codswallop From The WSJ And Sen. Joe Manchin: "Rescuing The Dems"- Give Me A Break! 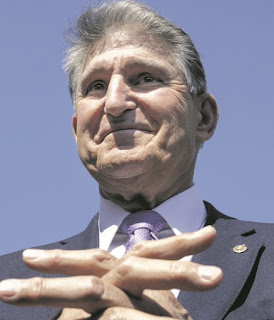 The codswallop was running hot and heavy in yesterday's lead WSJ editorial ('Manchin Rescues The Democrats', p. A18).  In fact, all this self-important coal state buffoon has succeeded in doing is showing the extent to which he's a pawn of the fossil fuel apes seeking to send this planet into a runaway greenhouse effect, at a runaway clip.  Far from 'rescuing the Democrats" all Manchin's betrayal (he vowed to let the bill pass after progressives ok'd the bipartisan bill.) succeeded in doing is wrecking Biden's agenda and almost assuring a midterm debacle in 2022.

Does this unconscionable oaf care that 35 million struggling Americans stand to cease receiving child tax credit benefits on January 15 next year?  Hell no!  All he cares about is showing he wields more leverage and power than Biden himself, and has become kind of an ersatz president - certainly in the media's eyes.  But the WSJ editors actually had the nerve to scribble this twaddle:

"Joe Manchin’s decision on Sunday to oppose the Build Back Better Act is a service to the country, sparing it from huge tax increases and new entitlements that would fan inflation and erode the incentive for Americans to work. Paradoxically, it is also a blessing for Democrats if they get the message, and it offers President Biden a chance to reboot.."

This bunkum works only if one is a hare- brained rightist and believes all the assumptions made, including that the new "entitlements" would "fan inflation" and "erode the incentive for Americans to work."  To the last, even a piece  ('New Hope for Easing Labor Shortage',  p. A2)  in the same WSJ edition contradicted the no incentive to work claim.

Referencing research by Felipe Schwartzmann of the Federal Reserve Bank of Richmond, Josh Mitchell writes- regarding workers staying out of the labor market:

"That isn’t necessarily so because the aid directly discouraged work, since most of the aid didn’t depend on whether people worked. Instead, the wealth likely relieved some people of the need to work, giving them the option to hold out for a better job or stay home."

The option factor is important, especially as a lead piece in today's WSJ ('American Workers Are Burned Out And Bosses Are Struggling to Respond', p. A1 ) notes many workers leaving corporate jobs - and unwilling to return-  because:

"Employers say burnout, long an issue for American workers and exacerbated by the pandemic, is a prime cause"

Make no mistake most sentient citizens are aware of all this, so if 'individual freedom" means as much as the Trump, anti-Covid vaccine humpers insist, ought to mean something here. That is, citizens have the right to hold out for better paying jobs, and even more meaningful work.  Or just stay home, especially if residing in a red state with too many anti-vaxxer nuts who are refusing the vaccines, and booster, and therefore spreading the virus.

Indeed, as an AP story ('Houses of Worship Across U.S. Struggle With Attendance') yesterday noted, millions are also declining church mass attendance on Sundays for the same fear - of virus variant spread and potential infection. This prompted one Methodist minister quoted in the piece to complain:

Well, can you blame them when there are over 800,000 dead and still counting?  This wanting to avoid infection is totally understandable, though the Journal's resident capitalist hacks appear more concerned with getting more burger flippers and $2.13/ hr. table servers.

As for the editorial's concern about "fanning inflation", I already skewered that nonsense in this earlier post which reading I strongly recommend:

Brane Space: The Inflation Specter In Perspective - And What About Protecting Ordinary Folk As Well As Stock Market Investors? (brane-space.blogspot.com)

Add to that the swift arrival of this new variant (see previous post) which has consumer advocates, business leaders, and at least some lawmakers conscious of how a new, more terrible round of shutdowns, lockdowns could exact a terrible financial cost on Americans who aren't in the top 1 percent or even top 5 percent. The dolts at the Journal and Sen. Manchin seem not to grasp that we are in a prolonged war with an impersonal biological predator that has our very survival in its sights.

In any war, the money spent to wage it cannot be questioned if survival and rebuilding is the ultimate goal. Thus, in such a war (i.e. the cataclysm that was World War II against human enemies) , even the $6 trillion already spent is mere "pocket change" relative to the total amount we may need to survive.  But myopic bean counters like Manchin can't seem to grasp this.

Adding idiocy to blatant grand standing,  Manchin on FOX this past Sunday basically tossed all his Dem colleagues under the bus as quasi commies for recognizing the need, saying:

“My Democratic colleagues in Washington are determined to dramatically reshape our society in a way that leaves our country more vulnerable to the threats we face.  I cannot take that risk with a staggering debt of more than $29 trillion and inflation taxes that are real and harmful to every hard-working American at the gasoline pumps, grocery stores and utility bills with no end in sight.”

Yet this coal industry knob polisher is quite ok approving nearly a trillion each year for Pentagon spending - despite the fact those miscreants still can't account for over $2.2 trillion received in the late 1990s. See e.g.

In addition, this glorified cracker is quite happy to "take a risk" tossing more of his struggling West Virginia constituents into the dumpster.  This despite the fact they are the most dependent on government transfer payments including Social Security disability, VA disability and Medicaid.  Oh, he also gives an excuse to justify not supporting extending the child tax credit.  Namely that his people might be tempted to "use the money on drugs."  Seriously?

Is he worried about the millions of other Americans who - because of the new variant spread- will suffer from the inevitable lockdowns, shutdowns, infections and deaths - and fall through the cracks?  Not at all, so long as he gets his cornpone mug on the news broadcasts in every other 24/7 news cycle fretting how he's "concerned" about the debt.  With friends like Manchin Biden doesn't need enemies, even Repukes. 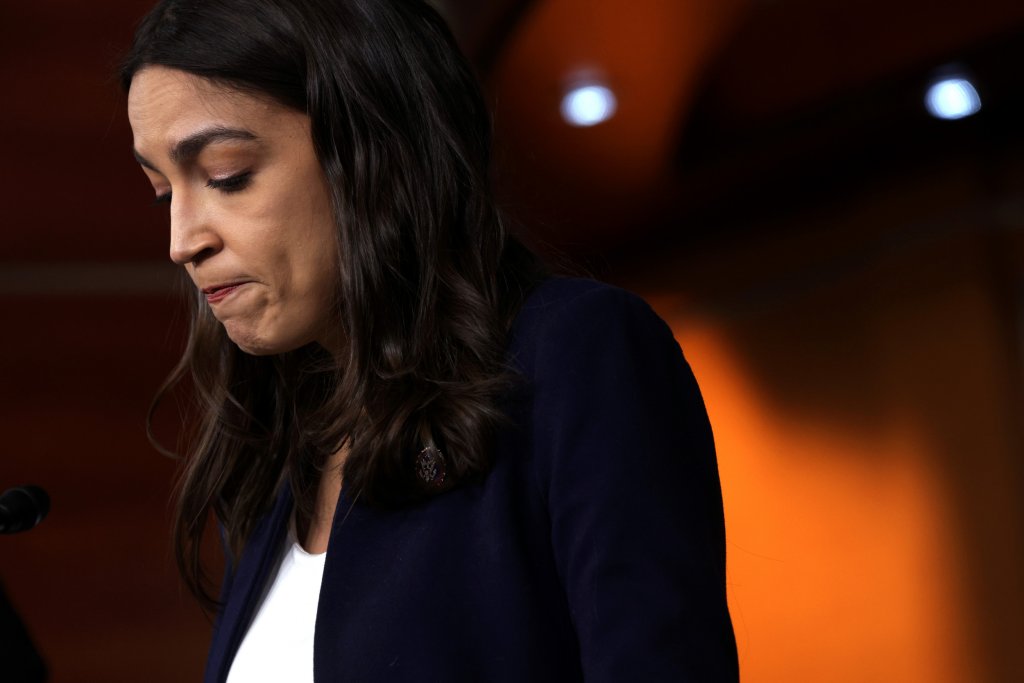 It seems like almost forever since Cassandra of Troy — blessed with the power to predict the future, cursed by the fact that no one would believe her — has been in the news, but she’s back this week with a thunderclap and yet another, “I told you so.”

Her name this time is Rep. Alexandria Ocasio-Cortez — and Representatives Ilhan Omar, Cori Bush, Ayanna Pressley, and everyone else who knew and foretold that Sen. Joe Manchin would ultimately stab President Joe Biden, the Democratic Party, his own state and the world in the back to keep his precious coal safe from the environmental protections contained within the Build Back Better (BBB) Act. 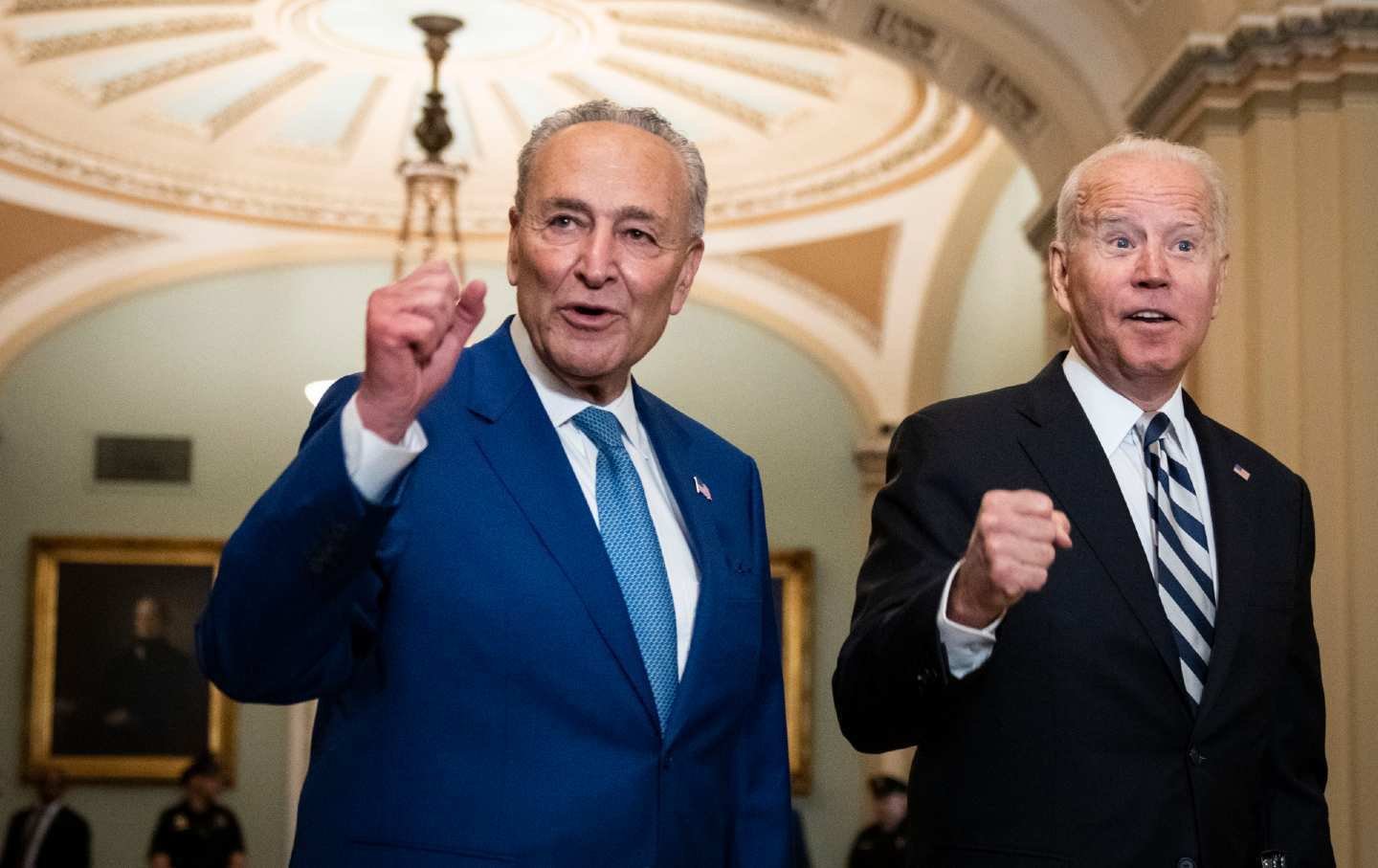 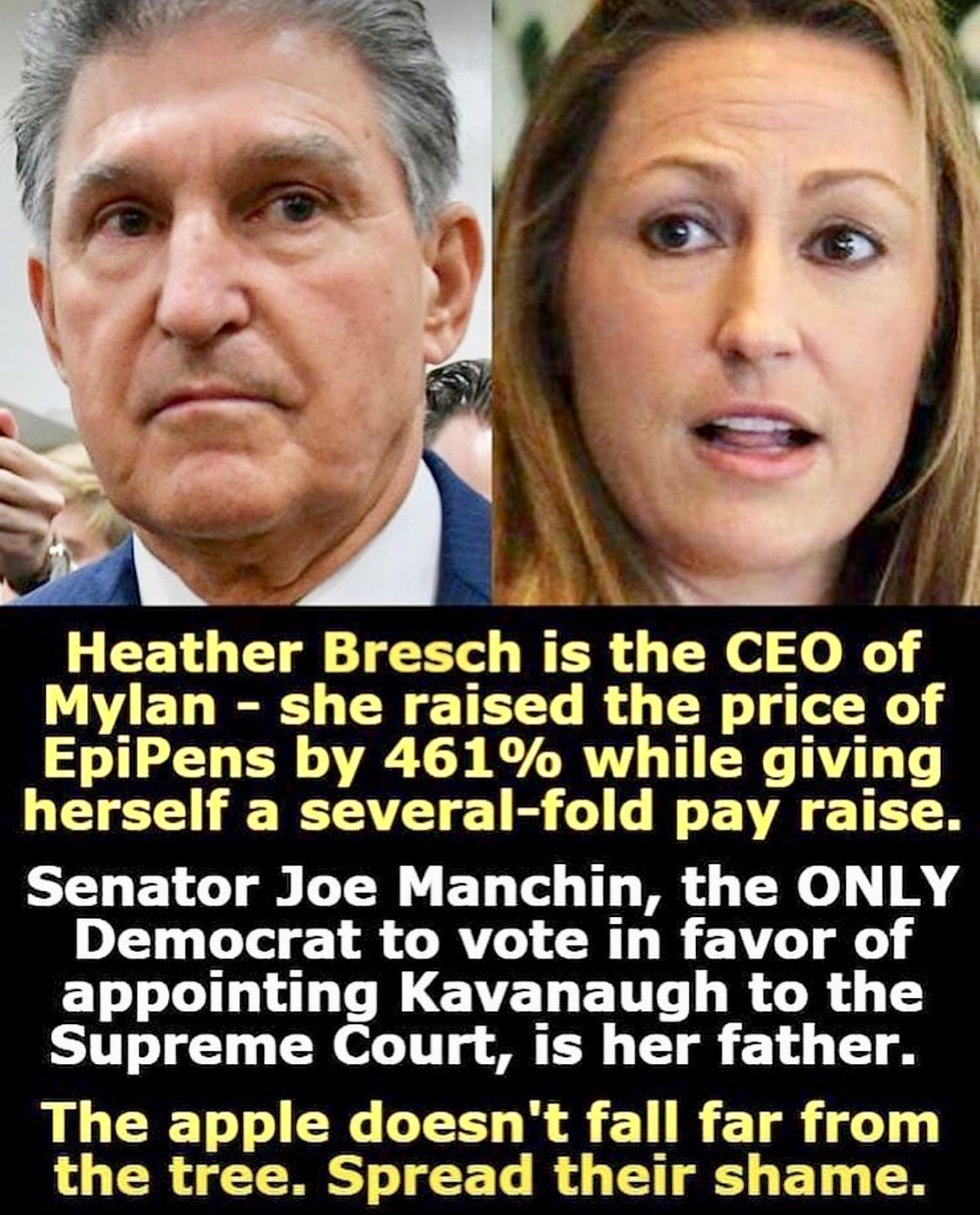