The news over the weekend (Financial  Times) that Donnie Dotard's Twitter-like startup "Truth Social"  raised $1 billion from "unidentified investors" - made me wonder how savvy these investors were. Or if they were just another gaggle of gullible pro-Trump clowns played by the most infamous grifter in American history.

Recall that the launch of Truth Social was met by much media fanfare back in October, but it looks like it has all the aspects of yet another Trump con - with the marks all the investors, as well as the delirious Trumpkin users.  But why would anyone have believed anything else from this serial grifter and liar?

But maybe it was in the cards all along.  After all, shares of the blank-check company ( Digital World Acquisition Corp ) tied to Donald Trump’s online network surged 8 weeks ago, implying a valuation of several billion dollars for the new firm following a buying frenzy fueled by then individual investors on social media. At one point shares more than doubled to $94.20,  after trading as high as $175. Trading in the stock was heavy, prompting a number of brief trading halts.

Little known by many users (or seemingly investors)  is that the Trump platform is based on a SPAC.

Also called a blank-check firm, a SPAC such as Digital World is a shell company that raises money and lists publicly with the goal of merging with a private company such as Trump’s. The private firm then replaces the SPAC in the stock market. SPAC mergers have become popular alternatives to traditional initial public offerings and have allowed startups with scant records to list publicly

The gains for Digital World  (DWAC) are unprecedented even for SPACs, which are known for wild share-price swings and exploded in popularity early this year alongside meme stocks.

Among the roughly 115 SPACs that have announced mergers but not yet completed them, Digital World’s stock price is by far the highest, according to data provider SPAC Research. The next-best-performing SPAC in a similar position trades at about $14. Nearly all SPACs begin trading at $10.

The stock surge outpaces gains for companies that have closed SPAC deals and traded publicly for years. Altus Midstream Co. is the best-performing stock that went public via a blank-check firm in SPAC Research’s database and sits at about $70. Sports-betting firm DraftKings Inc., another top performer, trades around $45.

The current Digital World stock price implies a valuation for Trump’s startup media company in the billions of dollars, several times the announced valuation of $875 million, a figure that isn’t strictly comparable because it includes debt.  According to Julian Klymochko, who manages a SPAC-focused fund at Accelerate Financial Technologies.

“It’s a level of speculation that I once thought unfathomable,”

Concerning  how Trump's latest con is tied to the SPAC Timothy O'Brien (ghost writer for 'Art Of The Deal')  provided an indispensable education, in his appearance on ALL In  on  October  22nd:

"A SPAC is an acronym for a special purpose acquisition company. All it is a way of raising money without having to do a lot of disclosure. Historically, Wall Street has taken companies public on the premise that they are inviting outside investors to give them money to fund their operations. In exchange, they`re providing transparency, an operating history that would suggest the kind of expertise that merits giving them your money, as well as some demonstrable financial outcomes in their financial statements, a proven financial track record as well.

The IPO process initial public offerings are traditionally the way that small, unknown companies go public, again with the idea that they have to go through a rigorous vetting process before they come to you, the investor because they have bonafides in their operations and in their finances that make them investment worthy.

Then along comes the SPAC several years ago. It`s a -- it`s a new name for an old thing on Wall Street. These used to be called reverse mergers. All they are essentially is a way for a company to become public and raise money from public investors without having to go through all those other steps of disclosure, showing what kind of operating success you`ve had, showing that you`ve actually been profitable over a period of time, again, making you visibly trustworthy to get someone else`s money.

It is no accident that SPACs have attracted people who don`t want to go through that, because they`re looking for a workaround.

It just says -- it just says we want to do something. At some point in time, give us money. And within two years, we`ll do that. And if we can`t, we`ll give you your money back.

But here`s the thing. The idea is, you know, when you give your money to a SPAC, to begin with, they have no operating history, they have no financials. When they finally say we have a company when the stuff inside that is investment worthy, it should have an operating history and it should have financials.   nd is Trump bringing that to the table? No, the fact that they filed was hilarious. It had pictures of Trump giving a trophy to a sumo wrestler. It had all of this marketing high jinks in it and nothing that would say oh, he`s actually--

It`s suspiciously crummy asset management or a scam is what they actually should call it. And, and this is -- this is part and parcel of Trump`s whole history. When people say Trump`s been a good businessman, what they -- what they`re not actually defining is that he is an indefatigable and tireless self-promoter. And he`ll do anything to get his name out there. And he`s done a very good job of convincing people that somewhere behind that sizzle is steak.

The reality is he`s a serial bankruptcy artist. And again, anytime he`s been asked to actually put his hands onto a company and manage it well over a long period of time, he screws it up time and again, for decades. And as you know and I know, running media company is not easy. And if he`s actually going to use this money to start successful social media platform or some sort of the news site is going to require good management, hard work, and imagination. And he lacks all three of those things."

What does it all add up to?  Another colossal Trump scam and grift.  Except the victims - mainly investors now-  don't know it yet.  They really believe they are on to the "deal of a lifetime".  Like the marks that signed up to enroll in Trump University!

On a related note, the traitor punk Devin Nunes has decided to stop polluting congress and to join the losers on 'Truth Social' instead,  to become a full time troll - like Tucker Carlson.  You see,  the art of governing for the Reeps is all passe today.  Why do real policy work when you can troll libs and make 'em cry - or try to.  Besides, this grift is right up Nunes' alley.  Recall back in 2017 the imp was among the first to use classified documents to try to turn the House investigation of Trump into one aimed at the investigators.  He attempted to do this by bringing up the unmasking of Trump renegades, like Mike Flynn - who were just ordinary little folks trying to do their jobs.   According to Nunes:

"On numerous occasions the intelligence community had  incidentally collected info about U.S. citizens involved in the Trump transition."

Thus, the first to use a bogus claim against the FBI and others trying to nail down Trump's collusion with the Russkies.   This then mutated into the similarly misbegotten Barr and Durham circus to try to mount an investigation into the investigators.

According to the Dotard:

"Devin understands that we must stop the liberal media and Big Tech from destroying the freedoms that make America great,”

Ahh yes, the "freedoms" to be brainwashed idiots and imbeciles.

One good thing emerging, is these SPAC-pushing  fools  may already have drawn the scrutiny of the SEC.  According to a report yesterday in The Financial Times, the SEC could be looking at whether DWAC and Trump’s company had any conversations about a deal before DWAC’s own initial public offering of stock.  This according to Jay Ritter, a professor at the University of Florida who is an expert on IPOs.

Under rules for these blank-check companies, they’re not supposed to line up acquisition targets before selling their own shares. Senator Elizabeth Warren on Nov. 17 wrote a letter to the SEC’s chair, Gary Gensler, asking if the agency is exploring whether DWAC had violated the law by holding such discussions and misleading potential investors by failing to inform them before its IPO.

It's good to see at least one Dem is on the case, and hopefully the SEC can scuttle this grift before it suckers more hapless twits into the newest Trump con. Alas, it may be too late to the impatient SPAC investors, especially if they failed to read the fine print. Conservatives and the Right
The Donald Also Rises? 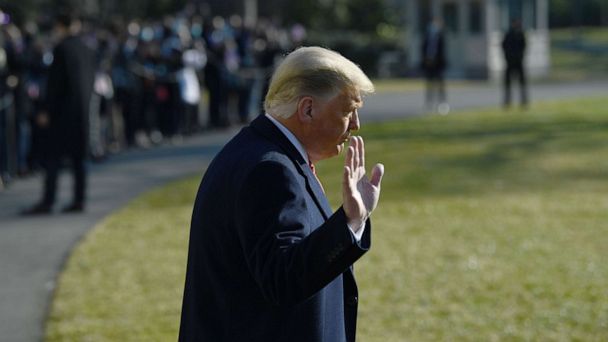 At this point, by all the laws of politics, Donald Trump should be radioactive. He lost his re-election bid in November 2020 and his subsequent coup attempt failed. He’s had a lousy record when it comes to expanding Republican Party power, having helped that very party forfeit its House majority in 2018 and its Senate majority in 2020. He continues to face multiple lawsuits and investigations. He’s been barred from Facebook and Twitter.

For Trump, however, politics is a philosopher’s stone. He’s managed to transmute his leaden style — not to mention his countless private failings and professional bankruptcies — into political gold. The big surprise is that so many people continue to fall for such fool’s gold.