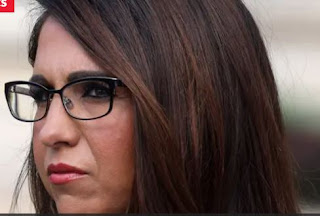 "How does Kevin McCarthy live with himself? How does the mistitled leader of the House Republicans look at himself in the mirror, knowing as he must that the real powers in his party are the gun-toting bigots, Trumpian conspiracists and insurrection sympathizers he’s enabled, like Reps. Lauren Boebert of Colorado and Marjorie Taylor Greene of Georgia? And knowing that he’s empowered them by his refusal to act against their repeated outrages?"  -   Jackie Calmes, LA Times, 'Congress Has Become A Cesspool Of Threats and Extremism'

"I can see being afraid to criticize Trump, but Boebert? Are they worried she’s packing? I mean, is it a case of Glockophobia or just spine-free fear of any part of the base that Trump and Boebert share?" --  Mike Littwin, Boebert's Hate Show, The Colorado Springs Independent

The unhinged Bimbo-  Rep. Lauren Boebert -in  a video surfacing this month   insinuated  in a half-assed jokey manner  that Democratic U.S. Rep. Ilhan Omar, a Muslim, might be a terrorist.  After a pseudo  apology attempt with Omar, a second video, first reported by CNN, spread around social media with  Boebert making almost the same remarks but at a different event. She also called Omar as well as Democratic U.S. Rep. Rashida Tlaib  (who is also Muslim)  “black-hearted” and “evil.”

This half -educated (high school dropout) imbecile is the twit elected by Colorado's the 3rd congressional district  to represent them, and is one of the multiple reasons this country is now going to hell in a handbasket.  That is given Boebert is just one of the insane MAGA Troll caucus of degenerates which include: child sex trafficker Matt Gaetz,  holocaust mocker and QAnon freak, Marjorie Taylor Greene and Paul Gosar who recently rendered a cartoon video showing AOC getting mutilated and murdered - by him.   This is what one former political party has become:  a refuge for traitors, despicables and liars.  All paying obeisance to the grand liar of them all, Trump.

What is most incredible to me is how this so-called "Western Slope firebrand" has maintained a strong lead over the  Democrats seeking to unseat her.  This according to recently released  campaign finance data .   Now, it is true that  the 3rd Congressional District favors the Republican incumbent.   But still,   given her outrageous behavior going back even earlier - from the time she entered congress, e.g.

it is frankly mind bogging that this disgusting, brazen Bimbo  boasts a seven-figure war chest - now estimated at  $ 1.7 million-   while the next best fundraiser has only a fraction of that cash on hand, campaign finance records show. Indeed, the leading contender for the Democratic nomination, state Sen. Kerry Donovan, dropped out of the race in November after congressional redistricting placed her outside of the district.

The top two Democratic fundraisers competing for Boebert’s seat are Debora Burnett, of Jackson County, and Soledad “Sol” Sandoval, of Pueblo, according to campaign finance reports filed with the Federal Election Commission. As of the end of September, Burnett had $55,712 on hand and Sandoval had $48,965.

Even worse than the campaign funding anomaly, it appears Boebert is unlikely to face any repercussions for her mock apology as well as her most recent comments - doubling down on her attacks on Ilhan Omar and Rashida Tlaib.  This means the only real sanction left is to kick her sorry ass out of congress entirely.   If her constituents are too dense and brain- jacked to see she's unfit to lead, then Pelosi and the rest of the congress (not including the Trump cult) must do the right thing and send her packing.  The Dem House leadership taking no action is not an option and only serves to embolden the little halfwit harpy to engage in more attacks.

According to Seth Masket, a Univ. of Denver political science professor:

"Every day she says a bombastic thing and gets a headline for it.  There are some donors that see that as a positive thing. They like that she’s offending Democrats.”

This, of course, perfectly fits the thesis of writer Amanda Marcotte in her book, Troll Nation, i.e.  that the GOP has descended into a  cult of  dedicated trolls whose sole objective is to feed their base hate and the continual harassment and obstruction of progressives.  To "make the libs cry" is the overriding theme and battle cry.  Ironic, as they are now wailing nonstop from all the body bags piled up from red state Covid  illness -  as a result of refusing the vaccines.

Prof. Masket said he’s watching the national Democratic party and organizations like the Democratic Congressional Campaign Committee to see if they’ll move more aggressively to back an existing challenger or find a new one.  Well,  they may well have decided it's little use given Boebert's constituents are as vile as she is, and only want a vile, hate-filled troll to represent them.

Further, given Boebert exels at  off -the- rails trolldom - like a drunken monkey on PCP-  it is highly unlikely that any normal Republican primary challenger will be found.   Even if one did appear, it is a given the orange maggot Trump would come out against him or her to keep Boebert's seat safe and packing her Glocks to D.C.

The closest normal GOP challenger would be former U.S. Rep. Scott Tipton, whom Boebert defeated in the 2020 primary. According to Bob Jenkins, former GOP administrative chair for the 3rd Congressional District,  Tipton was  "humble, quiet and effective". But ultimately "voters forgot about him" because he lacked the go for the jugular  hate that Boebert had.

Jenkins added in a Denver Post interview  that none of Boebert’s recent remarks or  attacks on  Omar would hurt her with voters in her district or donors across the country.  They are all trolls and Trump lubbers at heart and are enamored of her "style".  In other words they're as vile, hateful and sickening as she is.  Welcome to the GOP -Trump Troll cult.  As I wrote in earlier posts, putting any of these wretches into power or control of congress is planting a time bomb to blow up our democracy. That's not hyperbolic, or histrionic, it's a bloody fact -  and we will repent at leisure if we are dumb enough to do it.

Dem candidate dropout Kerry Donovan nailed Boebert to a tee when she told the Post:

“She wears her hatred and her racism on her sleeve.  And it’s very sad that an individual like that is now the voice of the Western Slope in Colorado.”

On that note, let us recall the words from a Denver Post letter writer (in January) after the little imp was elected:

"What is really concerning is the quality of people in the district who voted for this uneducated, crazy person to go to congress.  This is the best they've got?  That is pretty sad."

That is it in a nutshell, the quality of the people, the voters.    If the  majority of U.S. voters (like those in Boebert's district) lack quality, intelligence or insight in the midterms next year then we will surely be on a path to oblivion.

Progressive Democratic Rep. Jamaal Bowman, of New York, did push Republican House leaders on Wednesday to remove Boebert from her committee assignments, The Hill reported.   But if they don't do it then Nancy Pelosi and the Dems should - like they did to the banshee troll Marjorie Taylor Greene.

But of course the psychotic orange animated excrement Trump is behind all of this, which is why he can never ne allowed near the levers of power again. 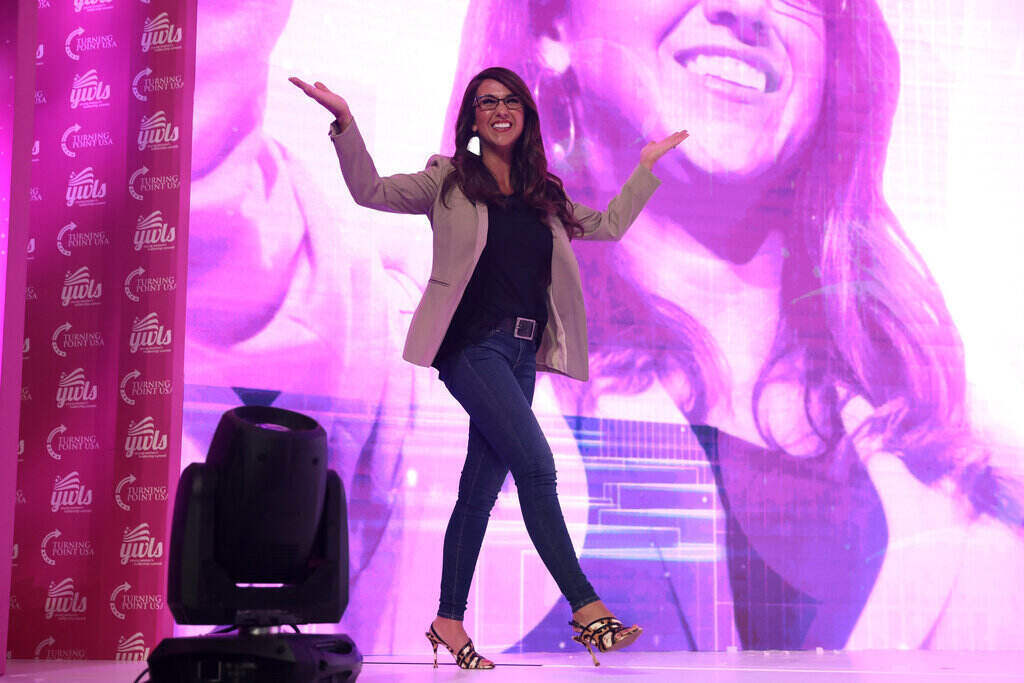 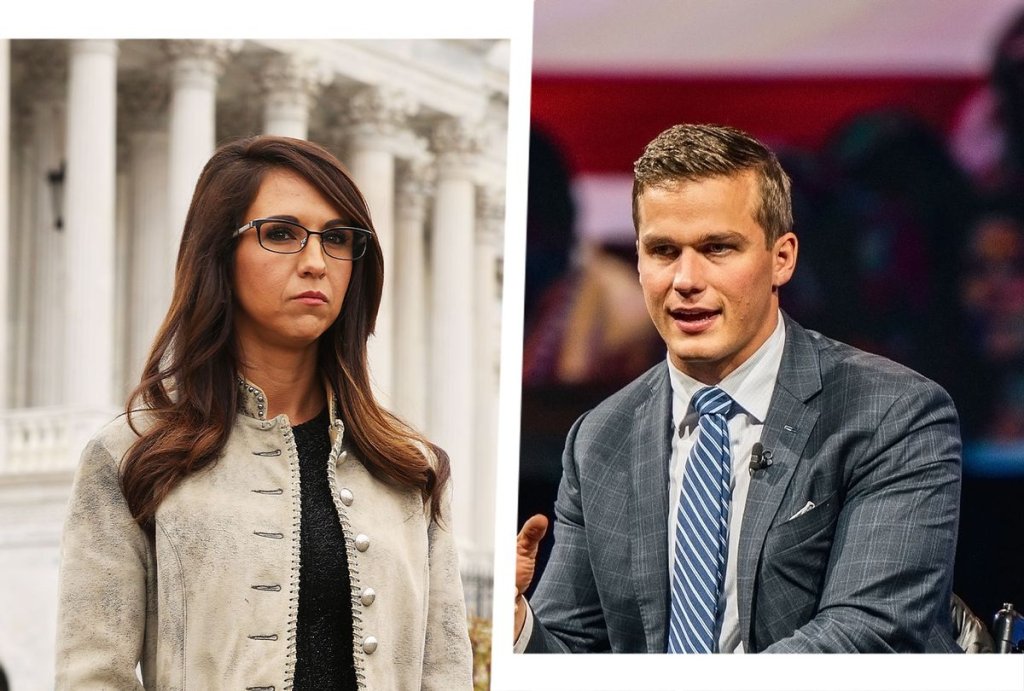 Trump’s “double negative” Tweet, "Anybody that doesn’t think there wasn’t massive Election Fraud in the 2020 Presidential Election is either very stupid, or very corrupt!", was widely covered (in Slate for example) but this isn’t really diagnostic. It may just show he is grammatically challenged.

This is how HuffPost put it:

A sputtering Donald Trump, furious about what he baselessly claims was presidential election fraud, ended up including himself among the “very stupid” — or “very corrupt” — in the mangled syntax of a message he shared Saturday.

Trump used a double negative in a sentence posted by his paid aide Liz Harrington on her Twitter account, twisting the message into something likely the opposite of what he intended to say.

This is from News Corpse’s diary today: “Deranged Trump Declares that 'I Developed the Vaccine' in a Lie-Riddled Twitter Tantrum 😜 :”

If that isn't a demonstration of someone tweaking on meth, then nothing is. Trump can't seem to concentrate on a single subject for more than a nanosecond. There must be a medical diagnosis for this psychotic compulsion to enumerate every screwball thing that pops into his head. Never mind that he manages to get everything he's ranting about wrong.

Posted by Copernicus at 5:50 AM