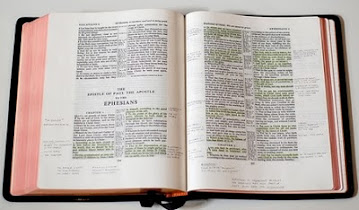 Multitudes of Trump-supporting evangelicals believe the Bible is a "perfect" (inerrant)  book, handed down from on high - without even a solitary contradiction. In this post I present 20 of the latter that none of these biblical literalists can explain, and most will never accept.   We don’t ask the biblical literalist to “disprove” these but to simply explain: why the divergence is not a contradiction?   Also why, if the bible is to be taken LITERALLY,  the divergences require the intercessions of one or more apologists to explain?  I warrant both of these are beyond the capability of the Bible-punchers.

Some evangelicals try to be too clever by half since when backed into a dialectical corner they try to wriggle out by changing definitions. In this case, despite accepting that two quotes obviously differ, they will insist there are only “minor differences”,  but these are not contradictions. Or assert the clashing quotes are “inconsistencies” which are not contradictions. I guess in their fantasy realm they can believe six impossible things before breakfast.However, an “inconsistency” defined in my Webster’s Unabridged Dictionary, is given as:Lacking in agreement, as two or more things in relation to each otherWhile for “Contradiction”(def.):Direct opposition between things compared, inconsistency. That which is inconsistent involves involves variance, discrepancy or even contradiction, especially from the point of view of truth, reason, or logic.Note that the word “discrepancy” above, ALSO means DIFFERENCE!Thus, the two words can, in effect, be used interchangeably, and moreover there is more than the implication (from the latter extension of the def.) that an assault on truth is involved.Now as to reconciling the contradictory passages, I still maintain,  as I've  done before in earlier textual analysis posts,  that this CAN be done, but ONLY if one adopts a non-literalist approach.  See, for example:
Brane Space: Why the King James Bible cannot be trusted (brane-space.blogspot.com)
Yes, the biblical scribes used differing colloquial terms of the period, and maybe even there were “copyist errors” to account for differences.. BUT IF either is true the bible’s words CANNOT be taken literally but must be re-interpreted, e.g. in light of the jargon or word forms of the time, or to reckon in the copyist errors!Biblical literalists, basically, want to have their cake and eat it. They want to claim the bible is “inerrant” and can be read “as is” – literally - but then they want to also claim the “contradictions” aren’t real or have to be parsed in the context of what the writers really meant. (In other words it can’t be read “as is”) They don’t understand they can’t have it BOTH ways! Either the bible is inerrant and stands alone without the need to interpret the differing passages, OR it can only be read in the spirit of the book and interpretations are a natural part of it.So here we go with 20 contradictions:1.Was John the Baptist Elijah who was to come?

(b) No, since he is a descendant of Jehoiakim (see Matthew 1: I 1, I Chronicles 3:16). And Jehoiakim was cursed by God so that none of his descendants can sit upon David’s throne (Jeremiah 36:30)

3. Jesus rode into Jerusalem on how many animals?

(b) Two - a colt and an ass (Matthew 21:7). “They brought the ass and the colt and put their garments on them and he sat thereon.”

4. How did Simon Peter find out that Jesus was the Christ?

5. Where did Jesus first meet Simon Peter and Andrew?

7. Did Herod think that Jesus was John the Baptist?

8. Did John the Baptist recognize Jesus before his baptism?

9. Did John the Baptist recognize Jesus after his baptism?

10. According to the Gospel of John, what did Jesus say about bearing his own witness?

11. When Jesus entered Jerusalem did he cleanse the temple that same day?

(b) No. He went into the temple and looked around, but since it was very late he did nothing. Instead, he went to Bethany to spend the night and returned the next morning to cleanse the temple (Mark I 1:1- 17).

12. The Gospels say that Jesus cursed a fig tree. Did the tree wither at once?

14. What did Jesus say about Peter’s denial?

(b) “Before the cock crows twice you will deny me three times” (Mark 14:30) . When the cock crowed once, the three denials were not yet complete (see Mark 14:72). Therefore prediction (a) failed.

16. Did Jesus die before the curtain of the temple was torn?

(b) No. After the curtain was torn, then Jesus crying with a loud voice, said, “Father, into thy hands I commit my spirit!” And having said this he breathed his last (Luke 23:45-46)


17. Where was Jesus at the sixth hour on the day of the crucifixion?

18. The gospels say that two thieves were crucified along with Jesus. Did both thieves mock Jesus?

19. Did Jesus ascend to Paradise the same day of the crucifixion?

(a) After he threw the money into the temple he went away and hanged himself (Matthew 27:5)

(b) After he bought the field with the price of his evil deed he fell headlong and burst open in the middle and all his bowels gushed out (Acts 1:18)
Note that NONE of these entails “minor differences”. Whether John the Baptist recognized Jesus before or after his baptism is certainly not “minor”, neither is whether Jesus carried his own cross – both strike at the heart of a putative scriptural or biblical- alleged historical claim. Neither is the issue of Jesus (Yeshua) bearing his own witness, or being identified via Judas' alleged kiss.Yes, the biblical literalists will yelp and boo-hoo hoo, fulminating and accusing nonbelievers or atheists of "making pacts with Satan” to undermine their pseudo faith, or the faith of their gullible minions. In fact, we aim for nothing so perverse or grandiose, only to make the bible thumpers admit their book cannot be read literally, only in the spirit of what it says. Once they concede that, we’ll leave them to their pet fantasies.
Posted by Copernicus at 10:51 AM