The Key Takeaways From The Unsealed DOJ Warrant 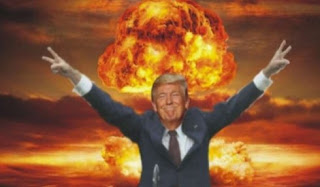 "I coulda got away with it if the feds hadn't busted me!"

"This egomaniac is desecrating our democracy, tearing the country apart for his own benefit. Fund-raising emails ranting about the F.B.I. search of Mar-a-Lago should be headlined: “Let’s Ruin America So We Can Make Some Money Off It!” "   - Maureen Dowd, 'Trump Sics The G.O.P. On The F.B.I.', NY Times

at Mar-a-Lago Monday took around 27 boxes of files including information about "the President of France" (Emmanuel Macron) and 4 boxes of top secret classified files marked “Various classified/TS/SCI documents,”  abbreviated for top-secret/sensitive compartmented information. This is the highest level which no president has the authority to declassify on his own and haul away to a mansion, according to security specialist Ben Rhodes. To emphasize this it was pointed out by Rhodes that any access to such SCI documents must be in controlled enclaves - such as special rooms at NSA HQ at Ft. Meade, MD - and no phones or other electronic devices are permitted.  Yet Trump had a number of boxes of such files sitting around at Mar-a-Lago.

In any case, as pointed out by NY Times national security writer Charles Savage, the issue of classified or not is irrelevant to the application of the 1917 Espionage law.  Trump is still accountable even if he "somehow waved his hands over the documents and uttered an incantation" as related on ALL In last night.

We also now know the DOJ purpose in the raid was in conjunction with investigating potential crimes associated with violations of the Espionage Act.   This (1917) law outlaws the unauthorized retention of national security information that could harm the United States or aid a foreign adversary.  It also  makes it a crime to destroy or conceal a document in order to obstruct a government investigation; and another statute associated with unlawful removal of government materials.

In his appearance yesterday on Deadline White House, barely an hour after the unsealing of the warrant, former DOJ spokesman Neal Katyal also cited the specific other laws broken by Trump and the penalties associated with each. Of the three criminal laws Katyal cited Section 1519 of Title 18 of the United States Code stood out. This is because unlike the other two laws Section 1519 is an obstruction law. It applies to crimes undertaken “with the intent to impede, obstruct, or influence the investigation or proper administration of any matter” within the jurisdiction of federal departments or agencies.

Readers can see and hear Katyal's assessment, including the criminal penalties that need to be applied,  in this clip below:

Deadline White House  host John Heilemann also praised the National Archives for swatting down Trump’s execrable lies concerning Barack Obama.  Janice and I - from my post yesterday - expected Trump to punk out and renege on allowing the unsealing of the DOJ-issued warrant. We didn't expect, but should have, that he'd lie his fat orange ass off to distract attention and keep the revolt of his inbred morons going.

Trump sought to distract from his crimes by barking this vile lie:

“President Barack Hussein Obama kept 33 million pages of documents, much of them classified. How many of them pertained to nuclear? Word is, lots!”

Actually, the word is bullshit, you wretched traitor maggot. The National Archives and Records Administration, or NARA quickly crushed this baseless claim noting:

In other words, Obama was a model president in terms of adhering to the key 1978 records act, which the traitor Trump flouted.  The NARA statement went on:

As required by the P.R.A, former President Obama has no control over where and how NARA stores the presidential records of his administration.”

Indeed, in 2017, the National Archives announced that the Obama presidential records were in its possession and that it would preserve them in an archival facility rather than in a traditional presidential library. It said it would digitize all unclassified records using funding from the Obama Foundation, noting:

“Classified records will be stored in the Washington, D.C., area, where they can more efficiently and effectively be secured and reviewed for declassification. As classified records are declassified and released, NARA will make them available in digitized form.”

Will this satisfy the Trumpers, like WSJ Troll Kimberley Strassel who snarled like a deranged harpy in yesterday's column:

Payback for the Mar-a-Lago Raid Will Be Brutal

Not bloody likely.  They will remain in their own world of lies and cockeyed conspiracy ideations sown by Trump, their tin god idol.  As one former security analyst (Ben Rhodes) put it: “If Trump told them the earth is flat they’d believe it.”

Neal Katyal was right that Trump needs to prosecuted to the fullest extent of the law for putting our whole nation at dire risk.  He also, in his Deadline White House segment, made a powerful case for why every sentient American ought to be paying attention to this incident and its aftermath. Especially how one party - now a personality cult- has continued to politicize the DOJ's actions and encouraged dangerous threats and rhetoric from Trump's minions.  Frankly I can't conceive how any American would be ignoring the events now unfolding.

Especially as the efforts of the reactionary Right press to downplay what's transpired will be never ending. Example: today's WSJ lead editorial (The Secrets of Mar-a-Lago   , p. A14) wherein we read this twaddle:

Mr. Garland’s FBI search warrant has put a badly divided country on a perilous political course. He will need much more evidence than what is in the warrant, and a much more serious violation of law, to justify a prosecution.

It doesn't bloody well matter, knotheads. If  Trump broke the law to the extent Neal Katyal argued then he must be prosecuted.  This can't be allowed to slide no matter what his deranged mutts and minions say or do. As the NY Times Michelle Goldberg wrote in her recent column ('The Absurd Argument Against Making Trump Obey The Law' ):

"No doubt, Trump’s most inflamed fans might act out in horrifying ways; many are heavily armed and speak lustily about civil war. To let this dictate the workings of justice is to accept an insurrectionists’ veto. The far right is constantly threatening violence if it doesn’t get its way. Does anyone truly believe that giving in to its blackmail will make it less aggressive?"

No, we don't Michelle. Which is why this orange Turd either needs to be tossed into the slammer for 30 years, or hung by his orange rat neck.  The rule of law in this country is on the dock, as is its future. The Germans made a similar mistake of overlooking crimes committed by Hitler more than eight decades ago (including a 'slap on the wrist' sentence for his Munich beer hall putsch) and the world paid a fearsome price. We can't afford to make the same mistakes again!

And:
Donald Trump
Trump Puts a Target on the FBI: Cincinnati Gunman Shows Danger Posed by an Endless Supply of Dupes
by Amanda Marcotte | August 13, 2022 - 7:45am | permalink 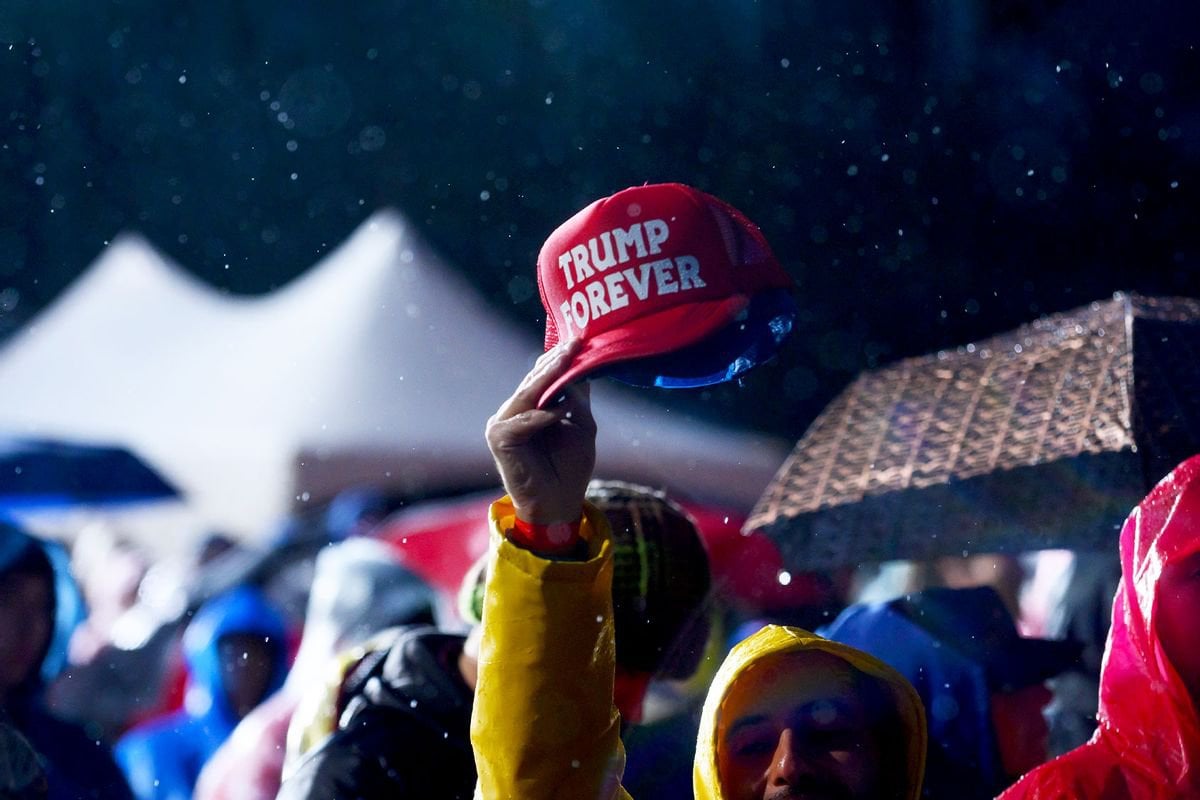 The main reason that Donald Trump is forever turning Republican campaign events and conservative conferences into fascistic rallies featuring two-hour stemwinders is that he's a champion narcissist with a vampiric need to feed off the adulation of blockheads. But a major secondary reason is what happened on Thursday, when a deranged Trump supporter named Ricky Shiffer fired a nail gun at the FBI offices in Cincinnati, Ohio, before getting killed in an hours-long standoff with the police.

As reporters covering right-wing extremism swiftly documented, before much of it was taken down, Shiffer was all wound up by Trump's lies about the FBI raid on Mar-a-Lago Monday, lies that have been amplified and validated by right-wing media outlets like Fox News and much of the GOP establishment.

"Kill the FBI on sight, and be ready to take down other active enemies of the people," Shiffer apparently posted on Truth Social, a Trump-owned social media site, according to Andy Campbell of HuffPost.

And:
Donald Trump
Donald Trump Reaps the Mistrust He Sowed: Mar-a-Lago Leaves Him Paranoid and Confused
by Heather Digby Parton | August 25, 2022 - 6:36am | permalink 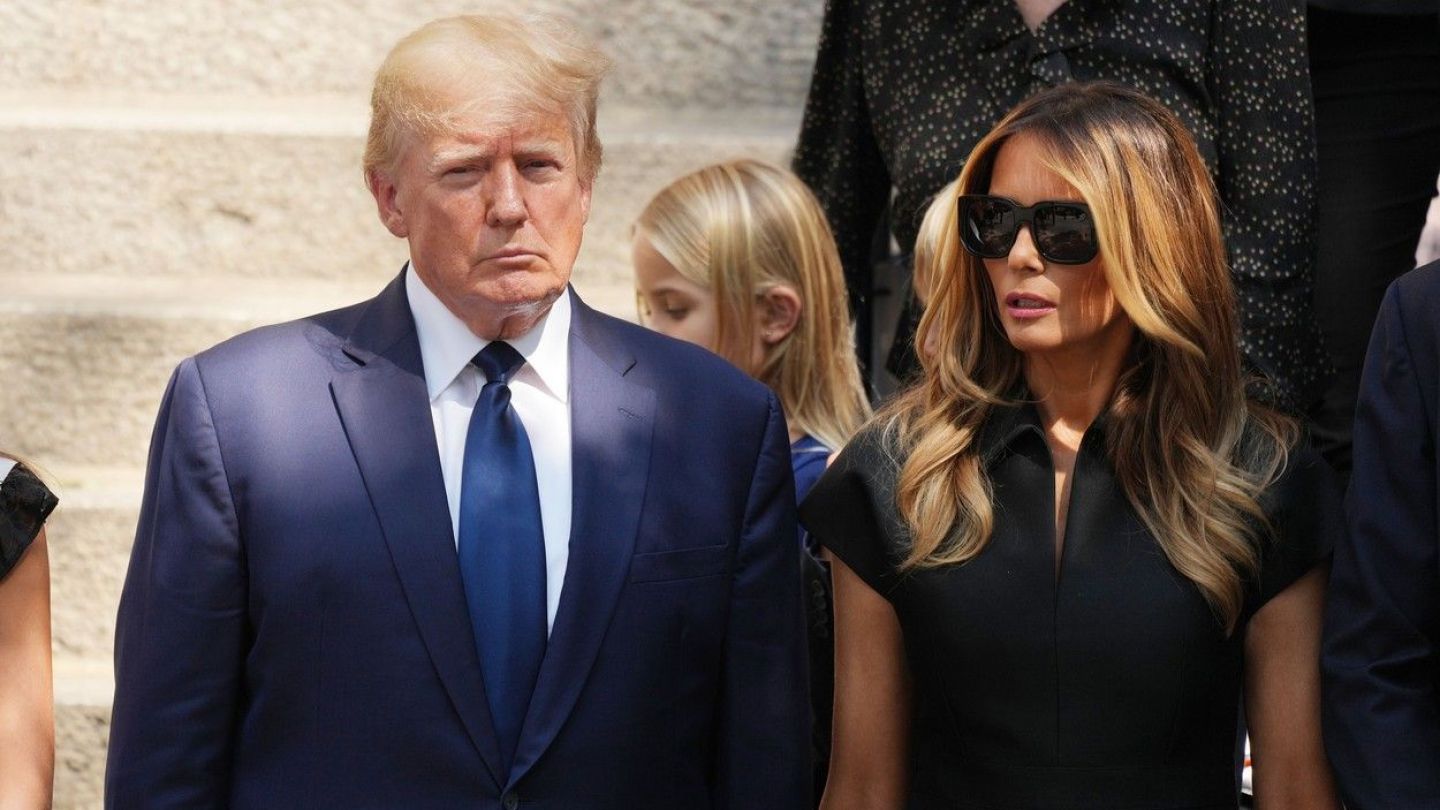 And:
Donald Trump
MAGA 'Patriots' Are Answering the Call to the Right's Hatred of Liberal Democracy
by Jeffrey C. Isaac | August 13, 2022 - 6:57am | permalink 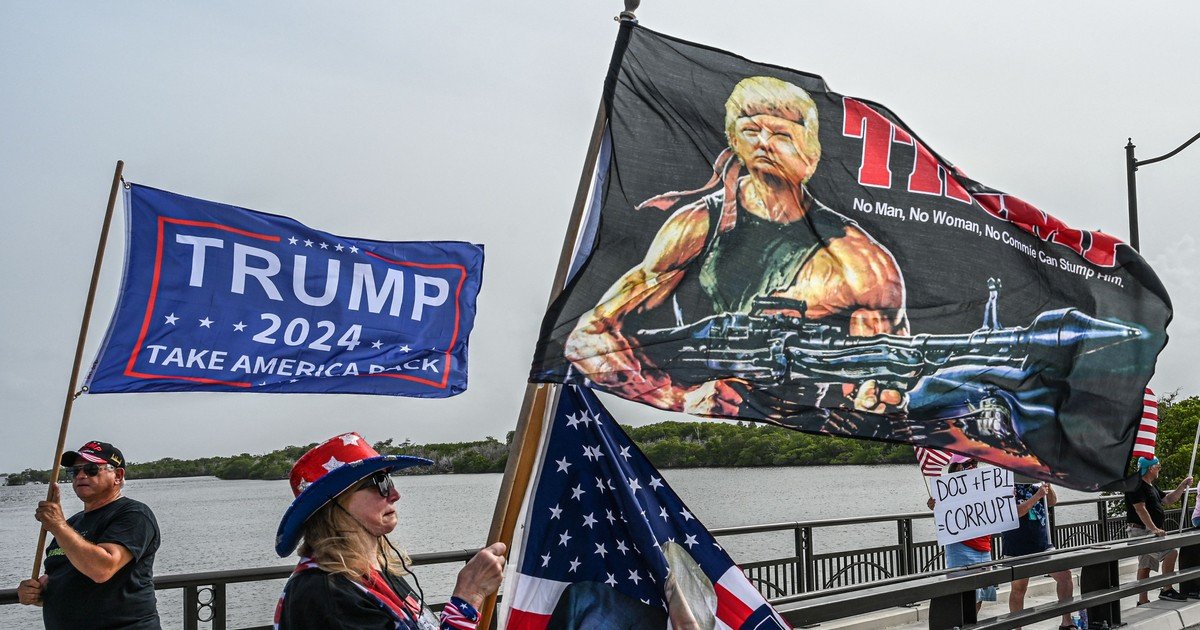 The horror of people willing to die for Donald Trump