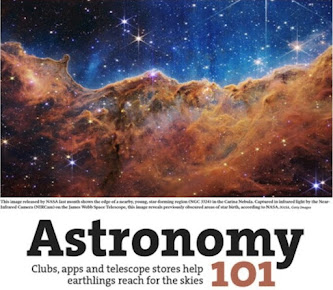 There are probably ten to twenty times more budding amateur astronomers now in the U.S. than there were before the pandemic.   Certainly that was the takeaway reading the lead story in The Sunday Denver Post (Section E), which leads me to believe there may be hope yet for raising scientific consciousness. According to the piece, interest in the subject soared  during the pandemic, i.e.:

"Question: What’s a good solo thing to do in a pandemic? Well, astronomy! Star gazing! Perhaps it wasn’t merely for a pastime. Perhaps contemplating the infinite vastness of space was comforting while a microscopic virus was turning our world upside down."

Infinite vastness of space, indeed.  And perhaps no photo in history showed it better than the image of a dust speck blue dot Earth - taken from the Voyager spacecraft en route out of our solar system: 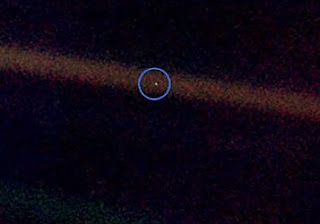 Hardly comforting, more like humbling, but such contemplation of human finitude -  along with the launch of Sputnik in October, 1957  -fueled my own interest in space and astronomy from an early age.  That contemplation of cosmic vastness and today's even more radical space exploits (e.g. Webb space telescope, Mars landings, Saturn flybys) are also, evidently, fueling a widespread public interest in the oldest science now.

As one Denver astronomy club president noted in the piece:

“Shops like Mile High Astronomy and pretty much every other telescope dealer in the U.S. had an incredible interest in telescopes and binoculars and they’re still going crazy.”

Adding this bit of information for the budding astronomer:

"There are many ways novice astronomers can learn about the heavens and how to enjoy them. Astronomy aficionados recommend two magazine websites, Astronomy and Sky & Telescope, both of which inform readers on how to enjoy upcoming celestial events. The Denver Astronomical Society has a very informative page on its website offering advice on how to become an amateur astronomer."

Accessing the Astronomy and Sky and Telescope (magazine) websites to "learn about upcoming celestial events"  is ok, but perhaps not to  subscribe to the magazines themselves. At least while still at novice level. I will explain why: First, although Astronomy magazine has pretty pictures galore, the typical articles are not what you'd call "light reading fare".  Indeed, two of my earliest published efforts: 'Sunspots' (1980) and 'Prominences' (1983)appeared in the magazine and were not at what I'd call a pure novice level. 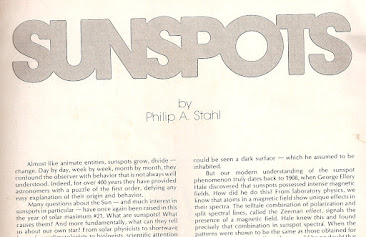 First page -top- of my May, 1980 Astronomy article

Diagrams of sunspot development shown on p. 3 of the article 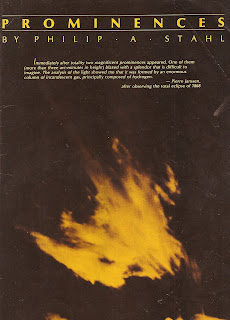 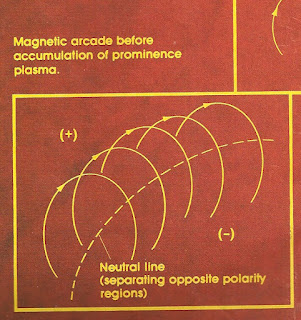 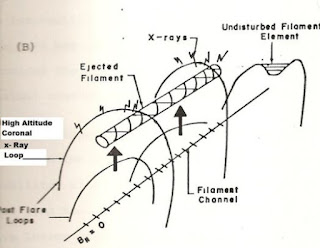 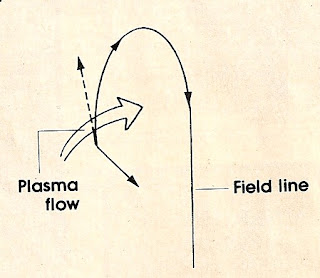 None of this is to discourage amateurs from accessing such fare, only to advise one needs to 'walk before he can run', in astronomy as in other areas. My articles were not unique either in terms of technical treatments, nor are the ones in Sky & Telescope.  Which magazine, incidentally, is also offered to accompany the 'giveaways' at meetings of the American Astronomical Society (AAS).  This is because Sky Publishing is a wholly owned subsidiary of the AAS.
Some of the best advice I can give novices in astronomy relies on my own amateur beginnings, at the age of 12.  I started out by building my own simple astronomical refracting telescopes using objective lenses maybe an inch to inch and a half in diameter, and eyepieces about 1/4".  The lenses were mounted in simple cardboard tubes which could be adjusted to focus on the Moon, for starters, and later planets like Venus and Mars. My original go -to book was the 1956 edition of 'Stars : A Guide To The Constellations, Sun, Moon and Planets' - a Golden Guide by Herbert S. Zim and Robert H. Baker.  This 160 page book replete with "over 150 paintings"  was perfect for the curious kid I was at that time (1958). All the diagrams, e.g. for star magnitudes, stellar spectra, solar system etc. were crystal clear and well-labeled. The constellations were presented for each season and individually (for the major ones, e.g. Orion, Scorpio, Cassiopeia etc.).  The section on the solar system was equally entrancing and informative with full color renditions of each planet, and photos of Neptune, Uranus, Pluto.
By the time I reached 16 I had purchased (from Edmund Scientific Co.)  what I still regard as the best introductory level astronomy book of all, Astronomy Made Simple, by Meir H. Degani.  It is described thusly by one amazon reviewer:

I used Degani's book in conjunction with other books, materials I purchased from Edmund Scientific Company, including especially, the Edmund Star & Planet Finder, one of the most useful devices given it could rotate the sky into different positions corresponding to different dates through the year: 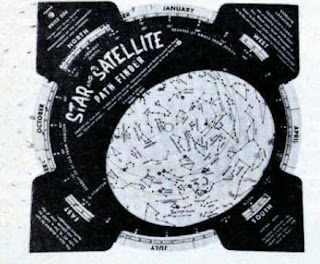 You only had to set the notch for the particular date and time you wanted and Voila!  The constellations visible at the time appeared.  The device allowed the amateur to appreciate the dynamic nature of the sky related to the Earth's rotation about its axis.  That device in conjunction with two  other Edmund books, How to Use Your Telescope, and Time in Astronomy, e.g. 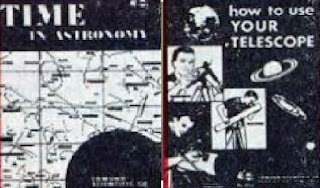 Put me in the position to get the most out of my 2.4 in. TASCO refractor telescope which I received for Xmas in 1962.   The South Florida skies were now open to my probing telescope all though the year, from observing Jupiter's belts and Galilean moons, to the craters and 'seas' (Maria) of our own moon, to Saturn's rings and Mars own features. When no planets were around I turned attention to a host of more distant objects including open cluster (Pleiades), galaxies (M 31 - Andromeda), and nebulae (Orion nebula, Lagoon nebula, etc.).

These days, of course, the budding astronomer has more sophisticated tools at his disposal, especially software - like Cybersky- which do the work of the old Edmund star & planet finder, but more comprehensively. Not only can you get a glimpse of the night sky at any given date and time, e.g. 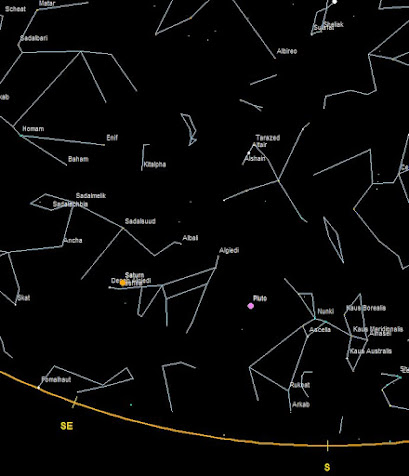 But also set the animation feature in motion to see how the sky varies over minutes, hours, days- even thousands of years. Planet positions are also accessible for any date merely by engaging the particular 'view' option.

The great thing about astronomy at any phase is that the wonders of the sky and cosmos are always changing, and such events and extraordinary sights have often been posted on these pages. For example, the conjunction from December 2020, e.g.

Then there was the spectacular alignment of 3 planets and the Moon in March this year, e.g.

The epic images from the James Webb telescope are also spurring intense interest in astronomy and cosmology, e.g.

Thus, there is more than enough to stimulate any beginner's interest to learn more about this expansive subject.  Many people at lectures I've given have asked me for the best way a beginner can get involved in astronomy, and my answer is always variable star observing.   This presumes, of course, the novice has finally left the "star gazing" stage and is now open to actually learning some astronomy, say starting with astronomical trig, i.e.

Variable star observing is even easier and offers the opportunity to make a definite contribution to the science.   The best first step is to join the American Association of Variable Star Observers.  To learn more and how to master the techniques, I invite interested readers to visit their web site:

Posted by Copernicus at 6:25 AM