Alzheimer's Epidemic from Eating GMO Foods? What Can Be Done? 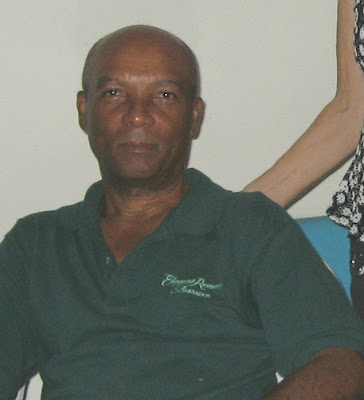 Okay, some background: John Phillips is perhaps the closest person Barbados has to a ‘Renaissance Man’. He is a bio-geneticist, nutrition specialist, avid amateur astronomer (who devised a method to measure the speed of light using a light house and instruments at the Harry Bayley Observatory), and is a spiritual scholar whose work exposed the Bible at about the "eighth grade" reading level.

Most interesting to me have been his  ongoing investigations into “GMO” (genetically modified organisms) and their role in producing human cancers. John is convinced, from his research that up to forty percent of all cancers are GMO-based.

John's latest findings appear to confirm a link between Alzheimer's disease and  consuming GMO foods. This is something I have always suspected, as well as a link to consuming beef products, since as reported more than ten years ago (Project Censored) there is some evidence that Kreutzfeldt-Jacob ("Mad cow")  disease has spread to North America, see e.g. http://www.ringnebula.com/project-censored/1995/1995-story25.htm

Anyway, the link to GMOs may be more pernicious given how widely they are consumed, and as John notes:


The worst part is that GMO foods are everywhere…if something is not explicitly labeled as organic and GMO-free, you should assume that it contains glyphosate. The most damnable shame is that our own Neoliberal government refuses to justify labeling these foods - so consumers have no way of knowing.   This issue is huge because medical experts estimate that within twenty years, a shocking twenty-five percent of all Americans will be affected by Alzheimer's disease.

Even in its early stages, Alzheimer's can cause debilitating memory loss, brain fog, fatigue, anxiety, and depression. Poor brain health has even been linked to cancer, heart disease, diabetes, autism, ADHD, mental illness, and autoimmune disorder. Because the symptoms of early onset Alzheimer’s are subtle and complex, many people don’t even realize they’re being affected until it’s too late. Yes, forgetting your keys and locking yourself out of your home may be a mild, happenstance anomaly - but it could mean something more serious. And perhaps eating too many GMO foods, especially corn and soy.
As John observes, short of ceasing all consumption of GMO foods there's no way to ensure you won't get Alzheimer's, perhaps even by the age of 50.  What is it about the GMO foods that is most pernicious?  Without missing a beat he says, "Glyphosate".


Glyphosate (the active ingredient in Monsanto’s Roundup herbicide) is present in all genetically engineered foods. And it’s not something that can be washed off or taken out of the food by cooking or purification – it’s integrated into the plant on a fundamental level.   Monsanto- the maker-  was also a manufacturer of the pesticide DDT, which now has been conclusively linked to the development of Alzheimer’s, as well as many other degenerative diseases in humans.

Experts like Mr. Phillips now believe that glyphosate is even worse than DDT. It decimates beneficial bacteria in the gut, disrupts immune function, and has been correlated with shocking precision to the rise in autism and other cognitive diseases and conditions.  The moral of the story is that you should stop eating GMO foods at all costs. Do not consume anything (especially soy and corn) that isn’t specifically labeled as non-GMO.
Frankly, it's odd that our government, which professes to be so concerned about exploding debt (especially soon to descend with all the damage inflicted on vets in two 'wars' of choice) yet refuses to allow GMO foods to be labeled. This despite the fact that if 25 % of all Americans are affected by Alzheimer's in 20 years we are looking at a $15 trillion health spending calamity.  Doesn't it make more sense, then, to allow GMO labeling so people can choose not to consume these damaging foods - than not to do so and enable massive Alzheimer's disease increases that will sap the Treasury dry?

Reasonable people would think so - but see, a Neoliberal coercive market isn't reasonable, because it inevitably places corporate profits (like those for Monsanto) over the welfare of people.
But you can be at least aware of which companies - brand names- are against any GMO labeling.


Here’s an infographic that lists brands for and against the disclosure of GMO product ingredients … you may be surprised by some of the “organic” brands that are found on that list. An app called Buycott is another great resource. It allows you to scan product barcodes as you shop, and displays detailed information about whether or not the product is linked to GMO-supporting organizations.


When I asked John what we can do to try to avoid the worst effects of cognitive decline via glyphosate in the GMO foods, he recommended :
- drinking plenty of purified water
- consuming lots of healthy fats, including: omega-3 fats and Coconut oil
These are "powerful antioxidants and neuroprotectants" which protect your brain from the degeneration triggered by glyphosates in GMO foods.