Why Would ETs Wish to Communicate with Glorified Apes? 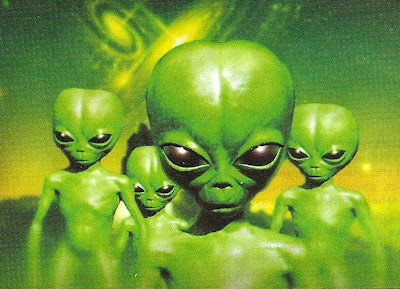 In the sci-fi thriller, The Last Theorem, by Arthur C. Clarke and Frederick Pohl, Mankind's foolish continued obsession with nuclear armaments - including multiple megaton tests in the 50s, and later EMP blasts (to knock out terrorist hives, communications) finally draws the attention of a galactic clean-up crew known as "the One-point-fives" (a description based on their peculiar anatomy). These "terminators" (whose job it is to exterminate useless species that may pose a future threat to others) are then dispatched to Earth by the reigning Overlords called the "Grand Galactics".

Their mission is to wipe out Homo Sapiens and not leave a single solitary strand of DNA left to be replicated. When they arrive, they're about to commence their extermination when they're ordered to give the resident species a single test to ascertain if it's worthy to be allowed to survive. The test in alien signals, entails a proof of Fermat's Last Theorem.

As fate would have it, only one single living human, a mathematician who's already proven Fermat's theorem in 3 pages (thereby besting Andrew Wile' 200+ page magnus opus) is able to deliver the goods. Thus does an otherwise little known Sri Lankan named Ranjit Subramanian earn major kudos for the deliverance of the species. (Who, because one member showed the species' worth, were then allowed to meet via virtual -digital messaging all the other intelligent species inhabiting the Galaxy.)

Yes, it's fiction, but it brings up a key question, as we learn that the SETI (Search for Extra-terrestrial Intelligence) project is "buying more lotto tickets all the time on the chance of scoring the Big one" (See e.g. 'What Happens When We Detect Alien Life?', by Seth Shostak, in Astronomy, May, p. 24).

The question is: WHY would any truly advanced civilization wish to communicate with a species that is barely 1 million years evolved from ape-hood? Indeed, our brains still bear the evolutionary marks of not only the ape, but our reptilian ancestors - the former in the meso-cortex and the latter in the reticular formation. (For a very readable account, see Carl Sagan's: The Dragons of Eden).

Yet, filled with human hubris, no one on the SETI team appears to have even considered this! According to them, we're perfectly eligible to join the Galactic Round Table. I hardly think so! Another assumption is that any such signal sent would be intended for the likes of us. Arguably, the destination would have to be a truly intelligent species, but do we qualify?

- We've overpopulated the Earth to the point that the existing resources (even if somehow distributed perfectly equally) would not last more than a generation.

- We've recklessly polluted water resources, not only by careless dumping of industrial wastes but by using energy drilling methods which require millions of cubic feet of fresh water for each acre drilled. And aliens on learning this would have to conclude we're morons.

- We've actually taken food crops (e.g. corn) and converted them into fuel (ethanol) despite over a third of a billion starving people on the planet.

- We've done absolutely nothing....not one damned thing...about the gigatons of carbon added each year to the atmosphere, thereby pushing the planet's climate toward a permanent instability in the form of the runaway greenhouse effect.

Note here that if an advanced alien species actually visited, say enticed by early promising radio band communications, any advanced measurements they employed on arrival would quickly show them how we'd driven the Earth to the point of catastrophe as an abode for life. They'd conclude instantly they'd made a whopping error in their estimations of humanity, and we were little better than advanced chimps - from which our DNA differs by less than 1%.

Beyond this, as Sir Martin Ryle first pointed out in the 1970s, advanced alien telemetry and signal recovery would have shown them clearly how warlike and dedicated to destruction we are. (Ryle warned that it would be foolhardy to be anything but passive listeners given we don't know anything about alien intentions.) They'd have perhaps assembled the equipment to detect the dozens of multi-magaton nuclear blasts set off in the 1950s, and concluded - somewhat like the aliens in 'The Last Theorem' - that even if total destruction wasn't warranted, we're a species best left to itself. At least until it grows up.

So, again, why would any truly advanced aliens have any genuine interest in us, other than say as possible laboratory animals subjected to ongoing experiments? (Which would be the basis for being studied by alien craft, assuming such exist and have visited the Earth, or their occupants interacted by taking human specimens. )

Let us note that Carl Sagan( Icarus, Vol. 19, pp. 350-52, 'On the Detectivity of Advanced Galactic Civilizations') observed that:

"civilizations only a thousand years in our technological future become disinterested even in communicating with civilizations as backward as ours."

He goes on to note:

"A society thousands or millions of years more advanced than we are, beneficiaries of an exponentiating technology over all those intervening millennia, will not be engaged in a simple extrapolation of our activities, or be driven by our motives."

This would seem to go without saying, yet if it does, one wonders why those like Seth Shostak would bother tilting at this windmill.

At the same time, in a subsequent paper (The Quarterly Journal of the Royal Astronomical Society, Vol. 24, pp. 113-121, 1983) Sagan and Newman do give us hope that it's unlikely we'll encounter an advanced aggressive alien species such as bruited by Physicist Freeman Dyson in a November, 1972 address to the Institute of Advanced Study in Princeton (p. 268, in 'Whispers From Space', 1976, by John W. MacVey, Paladin Books, UK):

"We are more likely to discover first the species in which technology has got out of control, a technological cancer spreading through the galaxy. We should be suitably alarmed if we discover it and take our precautions. It is just as well to be warned ahead of time."

But according to Sagan and Newman (op. cit.):

"The idea that there will be no new and more compelling challenges for such (technological) civilizations than relentless galactic colonization, represents a serious failure of the imagination."

Despite that bit of good news, the authors do warn that it's very unlikely for an aggressive species to survive what they deem a critical threshold period- generally within two generations of the first atomic explosions. According to the authors (op. cit., p. 120):

"Weapons of mass destruction force upon every emerging society a behavioral discontinuity:if they were not aggresive they probably would not have developed such weapons; if they do not quickly learn how to control that aggression they rapidly self-destruct. Those civilizations devoted to territoriality and aggression do not long survive after the development of apocalyptic weapons.

Long before they are able to make any significant colonization of the Milky Way they are gone from the galactic stage. Civilizations that do not self-destruct are pre-adapted to live with other groups in self-respect."

The question then becomes: Are we a civilization destined to self-destruct or not? If we are, and if alien advanced technological civilizations possess data which confirms this, why on Earth would they want to make any contact with us? Why send a beam in our direction?

Is there evidence we're on such a path to self-destruction? Consider that right now the U.S. and Russia have collectively enough nuclear warheads to destroy everything and everyone on Earth 14 times over. A beginning had been made to eliminate stockpiles of each nation's nuclear weapons - especially in the former Soviet states- but Republican lawmakers have protested like stuck pigs, declaring it "appeasement". (Note: Defense contractors, their lobbyists and assorted Pentagon groupies and whores have also kept assorted Dems plowing taxpayer money into more war-making, useless combat air brigades....and weapons such as building 2,443 F-35s at a cost of 0.3b each!)

Consider the words of Jon Kyl, Republican Senator from Arizona, writing in The Wall Street Journal ('What's At Stake in the Missile- Defense Debate?', April 3, p. A15).

"Would the world be safer and more peaceful if the U.S. had fewer nuclear weapons? Is the current nuclear balance unstable?...The answer to these questions is 'No'.

Yet very low numbers of deployed nuclear weapons, as the president appears to have in mind, could engender instability."

Thus, despite the fact the U.S. has enough nuclear warheads (about 1,280) to kill the world's population eight times over, Kyl demands we make more!

In effect, Kyl as well as his warmongering Gooper confederates (Romney wants to double the Pentagon budget if elected, and we already spend more than the next 25 nations combined) makes my case that we are on a path to self-destruction. This type of territorial and aggressive thinking is exactly what Sagan and Newman have warned against in their paper. (Doubtless the Russians also share it, and that makes it doubly clear the human race isn't ready for any advanced ET contact).

My prediction, grim as it is, is that the Human species will obliterate itself within another generation, if not by nuclear holocaust (say on account of implementing a stupid missile "defense" system near Russian borders, or invading Iran) then by climate catastrophe in the Runaway Greenhouse Effect.

We just have not shown, all the SETI folks beliefs to the contrary, we are worthy to be equals on the galactic stage with those who've displayed that "mutual respect" indicated by Sagan and Newman, including respect for the planet they inhabit.

Despite that, any blog readers that still have hope (we know hope springs eternal in the human breast) can log onto the SETI site at:

http://www.setilive.org/
Posted by Copernicus at 9:23 AM