Americans Need to Get Over Their Tax Aversion! 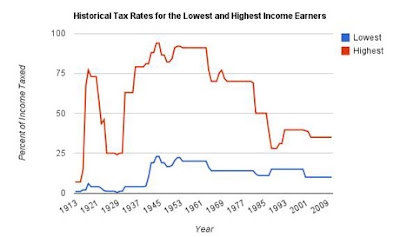 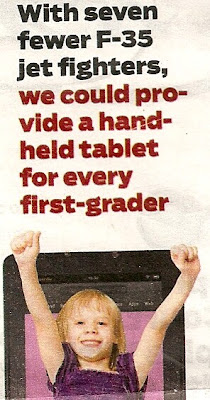 Today is "Tax Day" and having just written out a rather large check to Uncle Sam, and witnessed on the tube the hijnks of some of those subsidized by our tax monies, I can sympathize with many Americans who want to pay minimal taxes. However, less taxes is emphatically not the answer and no......playing into the "tax cut" fever of the likes of Grover Norquist and the Repuke parrots will not make our country better or stronger but speed its decline. (A decline which has become much more rapid since the Bush tax cuts were approved some 10 years ago, resulting in the greatest secular slowdown in the growth of business structures in 30 years.)

Now, we can argue all day over whether the nation is in decline or not, but I maintain the acid test for measurement is the integrity of the country's infractructure: its bridges, roads, water mains and sewer lines- not rising numbers of the DOW, or how many missiles or troops we have deployed. At the end of the day, the infrastructrure delivers the best instant photo and it's not good or confidence building. (The American Society for Civil Engineers estimates we need more than $1.9 trillion just to bring most of it back to being serviceable.)

Let's also concede the corporations and private sector aren't going to take on the task of rebuilding that infrastructure, so those trillions will have to come from the government, implemented in large scale capital works projects, not from private investors. Why, for example, would such an investor in New York have any interest in refurbishing Atlanta's cracking and creaking water mains, or sewer lines? They wouldn't! Why would an investor in LA have any remote interest in subsidizing road projects in Milwaukee, or bridge repair projects in Pittsburgh, or Minneapolis? So, let's have done with the fantasy thinking!

Here are some basic, brutal facts for those who are tax aversionists and haters:

- That water you drank from the tap this morning was safe to drink- free of brain-infesting parasitic worms, campylobacter, and the like because of environmental regulations supported and sustained by your tax dollars. *(You think you will get that assurance if Romney gets elected and implements Ryan's budget plan? Think again!)

- Those veggies and meats you consume each day were rendered largely safe because of the similar FDA, USDA regs, which implementation required tax dollars.

- That weather report warning of severe life -threatening twisters you got two days ago was likely received from the Natonal Weather Service, again paid for by tax dollars.

- The major interstate you may have used to commute back and forth from work was paid for by your federal tax dollars. The same interstates used to transport your mail, as well as veggies and cattle to market and move product to manufacturers wherever they may be.

- That extra money that helped your neighbor - maybe a mother of four who just lost her job- with family medical issues likely came from Washington, DC via Medicaid dollars which are used to match all state dollars. Think you will get that under Romney? He plans to cut them off and turn Medicaid exclusively into a program based on state grants alone. You think states with red ink will be able to manage that? Think again!

- That Social Security check, which arrived for your parents this week and which helps them to maintain their indepence, think of Uncle Sam and his payroll taxes which helped to pay for them! (And NO, "private accounts" wouldn't have made them richer, but likely sent them to the poorhouse given that 2007-08 financial meltdown!)

These are the collective investments that NO proper American, if he has any red blood at all, should begrudge! In fact, we ought to be proud to make these investments - not bitch about them!

My rational argument is that if Americans know what their taxes provide they shouldn't be swayed into tax cut fever by the Grover Norquists of the land. Now...does that mean we all like everything that taxes pay for? Of course not! I absolutely detest the thought that one more dollar is going to subsidize the useless, fruitless military operations in Afghanistan... or to build one F-35 or to subsidize a massive security infrastructure when our own civil infrastructure is crumbling.

Look, as the recent AARP Bulletin noted ('How About Some Adult Supervision?', March, p. 3) with just seven fewer F-35s constructed (they will run about $0.3b each) we could provide a hand held tablet to every first grader, or actually re-hire nearly half of the 390,000 secondary teachers that have been released across the country due to budget cuts. With 14 fewer F-35s (the Pentagon plans to manufacture 2,443 in all according to the AARP piece) we could re-hire most of the 900,000 let go from the federal work force in the past four years. (As most folks don't know, nearly 1 point of the current 8.2% unemployment rate has been due to the release of federal workers!)

The point is that our tax dollars could do so much more for the positive reconstruction and elevation of our country as opposed to its continued debasement and misuse of scarce resources. But that can only occur IF Americans are willing to alter their anti-tax mindsets!

In a future blog I will deal with the meme now circulating that we engage in so many wasteful wars because either Americans want them, or are easily led into them. (Neocon Robert Kagan has claimed this in a new book).

For now, it is enough to understand that so long as so many in our nation are tax aversive, this will play into the hands of the tax cut fetishists and lead our nation into further decline. At the same time, this mindset (if it spreads) contaminates the entire political infrastructure, beause then if one party sees the "no new taxes" benefits the opposing party, it will adopt the same horrific stand itself. We have witnessed this with the Dems, who have now allowed the Bush tax cuts to be extended two more years beyond their originally designated sunset date, while also initiating a payroll tax cut. The argument has been these are "stimulants" to the economy and jobs especially, but this is merely drinking the bitter R-kool aid, and the evidence isn't there that any tax cuts have worked! (See also The Financial Times analysis of the Bush tax cuts, in the FT, 9/15/10)

Contrary to the lies and deceit of the Rightists, the U.S. now has the lowest level of taxation as a percentage of GDP in the past 60 years. The myth that tax -cutting creates jobs is one of the worst travesties ever perpetrated on the American people as author Matt Miller has pointed out (The Tyranny of Bad Ideas) and was roundly dispelled in the FT (Bush) tax cuts analysis referenced above.

In terms of economic growth over time, Miller shows it is in fact that the European "welfare" states of Germany, Denmark, Norway, Sweden which have consistently beat the pants off the tax-phobic U.S. of A. The reason is simple: the people in those nations understood they are part of a commonweal whose shared interests those taxes support. They also get it that the spending generated by that "welfare" side of the economy is what props up the demand side of the macro-economic equation, and preserves growth while the "supply-side" economies (like the U.S.) suffer. Why do people think Germany has done so much better than the U.S. in weathering this ongoing recession?

In the end, Americans - I am referring to the so-called 99% - must make up their minds what sort of nation they desire. The attached graph ought to show them how the tax cut frenzy has only worked to lower the taxes of the 1% but not significantly their own. The message to take away from all this? If you militate against any increases in taxes, or returning even to the modest (39.5%) marginal rates of the Clinton era, you are actually helping the 1% sustain the perverse political dynamic to keep their own taxes low. You - one of the "99%" - are then guilty of feeding and fueling the rising inequality! If you vote for Romney in November....well, there are almost no words for me to describe such a person (one of the putative 99%) . But the 'Sonderkommando' Jews who helped herd their fellows into the gas chambers under false pretenses - so the S.S. guards had less hassle- come to mind!

Don't cop to the silly belief that a "Buffet rule" imposed only on the 1% or the top millionaires will ever be passed. It won't until and unless Americans, ordinary ones, have done with their own share of the Bush tax cuts as well....which will at least allow our liberal reps to stop playing politics with them....and us! In this sense, Michael Bloomberg in an op-ed he penned some three weeks ago was exactly correct: ALL the Bush tax cuts need to be repealed! Forthwith!
Posted by Copernicus at 10:56 AM