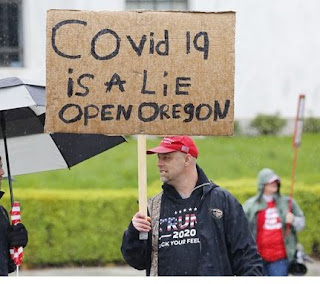 Part of why the nation lacks a sense of collective responsibility in the Covid pandemic.  Memetic toxins that disrupt moral centers in brains.

"At work here is a collective disavowal of social responsibility and the removal of political, discursive and economic actions from any sense of the social costs involved. Central to the turn towards ethicide is a Republican Party waging a counterrevolution against the foundations of democratic rule. This is a right-wing political party wedded to a politics of dehumanization, social abandonment and terminal exclusion, which accelerate the death of the unwanted."-  Henry Giroux, Salon.com

The  various news items (and 'secondary' items) appearing in yesterday's Denver Post, were more than enough to give one pause regarding the collateral damage -  mental,  moral, social and physical -  arising from the pandemic. We learn firstly the level of mental instability in the country has never been greater, with tens of thousands still on waiting lists, therapists deluged with calls to secure appointments for care- even via Zoom. Others simply can't afford it, especially in a time of inflation.  Derived from this mental malaise, chaos and instability we behold fights on airlines, teachers and health workers accosted for sundry reasons - from masks to critical race theory- and even pharmacists reaching the point of leaving on account of store outbursts.

Such as Emily Sis-Sosa of North Carolina (D. Post, p. 4k) who said she could no longer work as a pharmacy technician at her local retail chain. Why?  She had seen too many patients become unhinged and "throw empty prescription bottles at her" if prescriptions were delayed.  In her words:

"I had never experienced rage like that from people that I knew for six years."

That rage directed at her from people she knew. Imagine then, the shock of an airline attendant suddenly punched in the face by a nut because he was asked to mask up. Or a teacher accosted on the streets by a rightist psycho because she was using the book "Maus"  in her history class.

Further answers (maybe) arise when one reads another column ('Too Young To Feel So Old',  p. 1E) where we learn "pandemic burnout" is now listed in Mosby's Medical Dictionary as a genuine affliction tied to "a sapping of spirt, if not the body."  Then there is the further citation of a study in Nature suggesting "the pandemic has accelerated the aging process, not only for the millions who have contracted the virus but also those affected by the upheaval  and isolation of remote life."  While other sources have noted "wrinkled skin, graying hair,  creaky joints and a chronic 'blah' feeling" or what one quoted psychologist calls "languishing."

Then we're introduced to a Hopkins Assistant Professor, Alicia Arbaje who elaborates: "It's the sense of disconnect from your purpose. Once you begin to lose touch with that, it creates a sense of chronic stress which can directly accelerate aging."

Perhaps even more important is her next observation. That is, she's noticed a "moral distress among colleagues and herself."  Leading to the question: Can a widespread sense of moral distress lead to moral collapse, or even ethicide?

There are many independent theories for the collapse of civil behavior, reason, temperance, justice and morality in the wake of the pandemic.  Author William Davies ( 'Nervous States: Democracy And The Decline Of Reason' ),  for example,  has pegged a lack of mental resilience (and appropriate behavior based on reason) to constant manipulation of consciousness by a 24/7 news cycle - as well as social media platforms - that reinforce perpetual bad news, as well as distorted news and even political, social, cultural and medical lies (like about vaccines and the pandemic).  This 'honor' goes to FOX and its clone offshoots like OAN and Newsmax.  The point is American brains are being ravaged and destroyed by over-exposure to memetic toxins and mind viruses that are causing the eruption of terrible behavior and nihilistic attitudes.

But two of the more powerful voices I've seen in the past five days include Princeton Professor Eddie Glaude, and cultural critic Henry Giroux, have extended the cause of collapse further.  Prof. Glaude, appearing on ALL In, last week, pointed to the effects of an entrenched "Me first" meme associated with the country's Neoliberalism.  This is specifically regarding the disparity of polling to do with the sense of personal satisfaction, vs. satisfaction with the national direction - with 85% positives for the first, but only 17% positives for the latter.

"This poll has been taken since 1979 and in some ways is a measure of the logic of Neoliberalism. I'm thinking about Wendy Brown, a political theorist at the institute for Advanced Study.  Talking about the political rationale for Neoliberalism.  What is that?

We have been transformed from citizens to self-interested persons in pursuit of our own interests in competition and rivalry with others. So I'm satisfied with my own interest but disregard any kind of notion of the public good. So one way to read this is a turning away from a robust conception of the public good, that my well being is tied to others. And instead a deep selfishness has kind of overrun the policy. "

Chris Hayes responded that it's also hard to disagree with the trajectory we are on, that seems to echo in the polls. But there is also "a failure to reckon the depth of the trauma that everyone has gone through in this period" because of the desperation to "get back to normality, to be normal. But it papers over everything from car crashes, to suicides, to homicides, to opioid deaths".

Or as Chris Hayes' guest Michelle Goldberg opined, "Maybe when people mention the economy and how bad it is this is just another reckoning of how bad things are, of the apocalyptic vibe around us."

Which is true, but should 'vibes' be registered in polls?  Especially negative ones with the potential to take down the Democrats and open the path to 'giving the car keys' to country to a pack of traitors? A cult (not a party)  of pro-Trump parrots, clowns, liars and demagogues?

So the question is how much do these polls faithfully represent an accurate recognition of the direction we're on?  I would insist they don't, and it is mostly useless bellyaching and whining, e.g. tied to inflation and Covid mask restrictions, etc. tied to the national perspective.  How many are aware, for example, that the official case count is 176 percent higher during the omicron wave than the delta wave of equivalent length? (Denver Post, Sunday, p. 2A).   Similarly, how many are aware that the death toll for the omicron wave was 17 percent higher than the death poll in the delta wave?

Indeed, in 14 states the average daily death toll is higher than it was 2 weeks ago, yet these states still want to open up.  Further, hospitals across the nation remain under staffed and still at or near capacity - which means emergency patients with heart failure, or head injuries from a car crash are likely to have to wait to be seen, not be seen at all or sent to another (less Covid- infected) hospital. (WSJ, 'Hospitals Struggle With Covid Spread',   Feb. 19-20, p. A3)

The bottom line is that the country has a continuing vulnerability to the disease and especially future surges, that too many are not taking seriously. (More than half of Americans who qualify for boosters still have not had them.)  This is important given "many disabled or critically ill people remain at high risk even after vaccination".  How many of our fellows really care about those citizens, or do they care more about the price of a gallon of gas?

Again, Prof. Glaude sheds light on the diminishing moral capacity - disregard of the general welfare-  because of Neoliberalism:

"It seems to me we have to begin to think about what is our relationship to each other.  What are our responsibilities to each other? What is the ethical and moral contract we share with each other? Our obligations? What does it mean to be at this point, with such a high personal satisfaction, when nearly a million Americans are dead?  What does it mean to wrap our minds around this sense of social dislocation and disruption, the feeling the country is broken? And yet, we're satisfied with our individual lives.  That seems to me to indicate a fundamental rupture in the ways in which our democracy is working. So how do we resolve it?  We must give voice to a more robust sense of obligation to each other. The moral and social contract with each other."

What Prof. Glaude has encapsulated is the basis for the most generic ethical code: That we aspire to live as co-equal citizens in a democratic Republic. Not as apes reduced to inhabiting a jungle environment where 'survival of the fittest' reigns.   But this collective ethical aspiration appears to have been unraveled in the pandemic - likely for all the reasons cited-   but also the Neoliberal ideological landscape.  But maybe also because of right wing memetic toxicity most boldly articulated in Henry Giroux's words from his Salon.com recent piece, i.e.

"Central to this brutalizing of civic culture and the social imagination is the need to acknowledge that long before violence becomes normalized in society, politics descends into what John Berger once called ethicide — a formative culture composed of "agents [who] kill ethics and therefore any notion of history and justice....

This amounts to a politics of ethicide in which ethical boundaries disappear, language is emptied of ethical referents, zones of social abandonment become normalized, racial purity is embraced, historical amnesia is celebrated and a culture of cruelty becomes commonplace"

This, I believe, is exactly the nature of the moral collapse (for the general welfare) that Prof. Glaude described on ALL In, but in an extended dimension.  To the most corrosive and despicable memes and currents accelerating the Neoliberal virus of self-obsession, but in dramatically unforeseen ways in a pandemic.  We have to hope we all get out of it and get back to our moral -ethical senses at this point, where we again can acknowledge the common good. 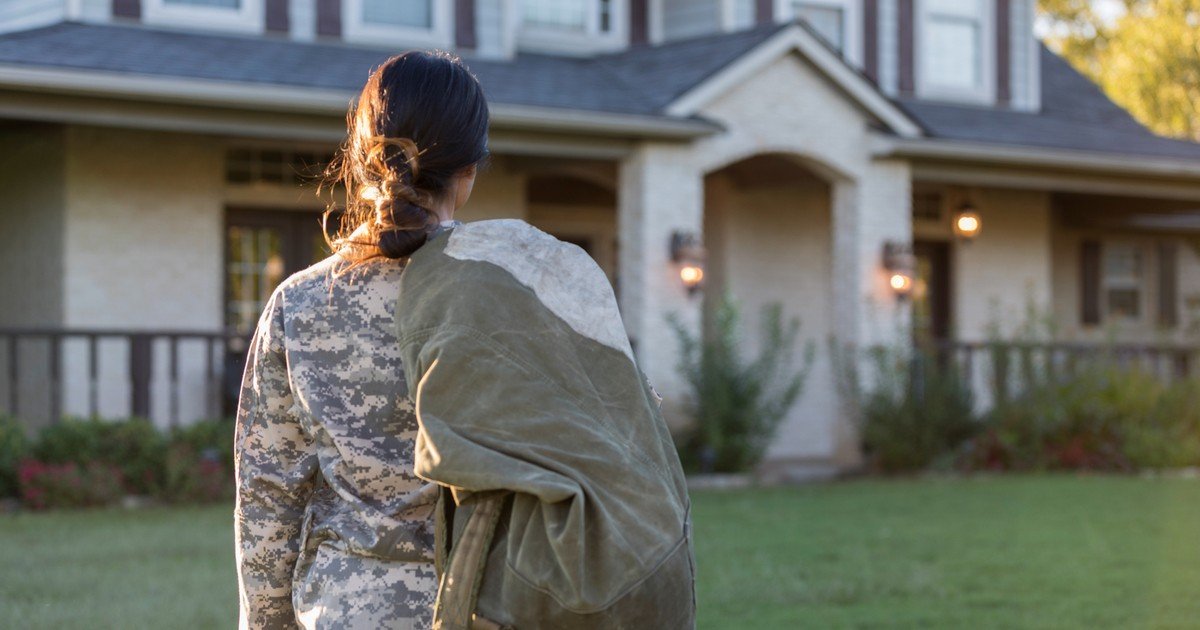 Donald Trump
Like a Bizarre Johnny Appleseed, Trump Has Planted the Seeds of Extreme Antisocial Behavior—And It Cannot Be Ignored