WSJ's Stable Of Dissemblers and Disinformationists Keeps Churning Out BS

It appears I may have written too prematurely when I opined in my post about Kim Strassel's conspiracy flatulence, e.g.

that at least Holman Jenkins had pulled back from his own brand of garbage. As I had written:  "goofy as he was, Jenkins at least appears to have moved on to other subjects like trade, tariffs, and Elon Musk."   But alas, that didn't last too long.  By the time of the Weekend WSJ (Sept. 8-9, p. A13) little Holman was back at his personal propaganda mill once more - this time writing swill under the header 'We're Surviving Trump Just Fine'.    Seriously? Not from what Bob Woodward has presented in his recent interviews stemming from the upcoming publication of his latest book,   Fear: Trump in the White House ,

Indeed, in interviews over the weekend and yesterday (CBS, NBC) Bob Woodward warned that too many Americans aren't taking Trump's mental deficits and incompetence in office seriously enough, asserting we need to "wake up", e.g.

Which elicits the question why little Holman doesn't want his readers to be awake to what's going on, as when he pens such hog swill as "Mr. Trump is functionally, Mr. Obama, without the ambition".

Really, you terminal,  brainless maggot?  How about this:

"Mr. Trump is functionally Mr. Obama - but minus Obama's brains."

Oh, another choice nugget from Holman: Quoting from Woodward's book, Trump saying "everyone's out to get me", and adding "So at least he is compos mentis about about some things."  Uh no, he is classically paranoid schizoid - when not being incompetent - but still needing to be confined to a rubber room, preferably in straight jacket.

But only at the end do we finally encounter the real reason that Jenkins is committed to spreading garbage like in his op-ed:

"I keep hearing from Trump voters who are satsfied they got the wrecking ball they voted for aimed at the Obama-Bush elite."

Thereby more than justifying Janice's malignant hatred of this human offal (her term is  "vermin")  - the "minority faction" - who tossed the whole country into a shitshow and national nightmare out of pique.   At least Jenkins is honest in his last sentence noting that "at least no president in my lifetime came wrapped in less false advertising".

Righto, which explains why Janice and millions of others are justified in hating the Trumpers even more - because they knew what they were doing - and said 'Bring it on!'

Another dissembling,  putz loser from the  WSJ stable of disinfo specialists is columnist Barton Swaim ('We Are All Aggrieved Minorities Now', p. C8, Sept. 8-9)

Swaim in his piece takes aim at Francis Fukuyama and his book, 'Identity'  while claiming "It's a tough sell on the topic of identity politics which is overwhelmingly a creation of the  left."  Seriously?

Methinks Barton is either woefully ignorant or unable  to grasp or realize white identity has been around since before the Civil War slave era when slaves were expected to know their place and "Massah" was forever on slave patrol.  If Swaim did know that he'd have been aware white identity has actually metastasized since the Reconstruction era and fueled the excesses of Jim Crow.

In Trump it reached its apotheosis, with the scumball  being the first ever "president" to appoint an outspoken white nationalist (Steve Bannon) to his national security council.   Hence, Swaim is either appallingly ignorant or stupid when after citing Fukuyama's claim "there are plenty of white nationalist voices that would like to drag the country backward on race," he proffers the rejoinder:

"Oh come on! White nationalism has no purchase whatsoever in American society."

No purchase whatsoever?  Then how did these vile memes spread during the Obama era? 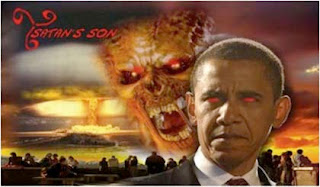 Again,  Swaim is unable to parse the blatant evidence for white identity and its presumed privilege,  not only in the media but in nearly every other Trump tweet. Oh, as well as filling the federal courts with reactionaries to defend his border policies and praising the Nazis and Johnny Rebs marching in Charlottesville last year as "some very fine people".  So one must conclude Swaim wouldn't be able to locate his ass from a hole in the ground, especially after the latest  White "massah" display in terrorizing Nike after it endorsed Colin Kaepernick's  kneel down NFL displays. See e.g.

As Thomas Hartmann puts it:


Just ask any of the people at Nike who answer the phones and are dealing with an avalanche of angry white callers throwing the N-word around and complaining about Nike treating Kaepernick with respect. Trump, Pence, and billionaire Rupert Murdoch’s Fox News are ginning up even more racist hysteria on a near-daily basis.


But this doesn’t come out of thin air. There’s a long history of whites trashing blacks when they protest the systems whites have put in place to keep them down."

All of which is, of course, tied to white identity politics - whether Swam recognizes it or not. Swaim then goes on to bloviate, playing the false equivalence card:

Which is a pile of rank codswallop.  Indeed, three political scientists: John Sides, Michael Tesler and Lynn Vavreck, in their new book 'Identity Crisis', show that issues of white identity drove most white Trump voters. Tied to matters of economics, this identity stamp emerged as "racialized economics" in the parlance of the authors.

Meanwhile, progressive identity has largely been energized in response to the reactionary identity politics and memes projected by the Right, e.g.

With such odious, infernal ,  white identity excesses the Left and its remaining bastions had no choice but to stand tall and explicate its own identity politics  - well, to protect besieged identities!  Naomi Klein in her recent book, 'NO Is Not Enough - Resisting Trump's Shock Politics'), argued that, pp. 90-91:
"It is short-sighted,  not to mention dangerous, for liberals  and progressives to abandon their own focus on identity politics",
Because:
"To a terrifying degree, skin color and gender conformity are determining who is physically safe in the hands of the state, who is at risk from vigilante violence, who can express themselves without constant harassment and who can cross a border without terror."
Bottom line? So long as the Right embraces identity politics and tribalism  - seeking to stoke their voters using hate and distrust,  we on the sane side  must adopt a counter identity politics - appealing to the angels of citizens' better nature - not their worst.  Those appeals to citizens' better natures then are all about protectively circling the  "wagons" - whether on behalf of the 800,000 DACAns Trump wants to ship out, or the decent Muslims he wants to block from coming in, or the Puerto Ricans he has abandoned as "too costly" for federal assistance after Hurricane Maria. In other words, our tribal identity must be to protect those minorities threatened by the howling banshees of the Right.

Then for the penultimate disinfo scribbler we have WSJ book reviewer Deirdre McCloskey (WSJ Review, p. C9) who knows about as much concerning Adam Smith and his conception of capitalism as the nearest rock.   She writes, for example:

"If you are a compassionate conservative... you will delight in 'Adam Smith: Father of Economics'. If you are what Americans call a 'liberal' you can get along with it, unless you go to full socialism."

"there are needs in a civilized society that a barbaric one refuses to address."

What improves the circumstances of the "greater part", like the 75 million currently on Meciaid and another 24-30 million on the ACA apart from Medicaid.  And hey, "can never be regarded as an inconvenience to the whole" - so not to be dinged down by benefit cuts to protect Tax cuts!  Maybe little Miss McCloskey ought to pick up Adam Smith's original work from the library and read it sometime!

But the top prize this week for major spin, bullshit and plain poppycock ought to go to William McGurn ('Playing the Civility Card',  yesterday, p. A13) when he actually summoned the chutzpah to first deliver an Oscar Wilde quote:

"A gentleman is one who never hurts anyone's feeling - unintentionally"

Then by an inversion of logic and exploiting the reverse Wilde notion that a gentleman is perfectly entitled to offend intentionally,  McGurn suggests Dotard J. Trump is really a "gentleman":

"Even the most ardent Never Trumper must concede that when this president offends, it's intentional."

But this is the sort of never ending bollocks we have to put up with from the Reich wing media machine, which incessantly churns to misalign the brains and thoughts of millions.   As for the WSJ op-ed pages and even Weekend Reviewe pages, they ought to include a warning label: "Perusing these pages could be detrimental to your mental health if you fail to exercise your critical thinking skills."