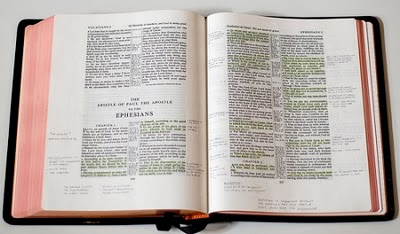 Roman Catholics can read and understand the scriptures on their own without having to  depend on priests, bishops or even popes.  By invoking a more independent stance on teachings, dogma, etc. Catholics are less likely to display excessive deference and thereby become victims.


The interviews  4 days ago on CBS News of  four of the Fortney sisters were almost too painful to see or hear.   Carolyn Fortney - seated at the far left, pain etched on her fair features-    was younger than 2 years old when she was first sexually abused by a priest in the Harrisburg diocese.  Her sisters were also abused.  Patty said she was 13 when the abuse started. Lara was 10. Teresa was in first grade. Carolyn was barely a toddler.  Sometimes, they were abused in front of each other

All five Fortney sisters were sexually abused in the 1980s by the Rev. Augustine Giella, who served at St. John the Evangelist church in Swatara Township, Dauphin County.   One of the 4 sisters appearing in the segment talked of "soul murder", that was how she experienced what happened to her.

Their parents, Ed and Patty Fortney, reported the abuse to the diocese in 1992 after another child in the family found a box that contained nude photos of Carolyn. Another sister called child services and the abuse was reported to the police.   Giella was arrested on charges of sexual assault and child pornography. He died before the trial.   The family settled two civil lawsuits with the diocese, but the four sisters said they never received a direct apology

What happened to the Fortney sisters is among tens of thousands of similar crimes perpetrated across decades  on children by RC sexual predator padres, from Chile, to Honduras, to Australia, the UK, Germany, Ireland, the U.S. and likely many other nations.  In the case of the Fortney sisters, their perp also emerged when a grand jury in Pennsylvania released a sweeping report that the church had covered up the abuse of more than 1,000 minors by some 300 priests over 70 years

Pope Francis himself acknowledged the global scale of the problem when he issued a rare letter to Catholics worldwide  in which he laid much of the blame for the sex abuse crisis on "excessive deference to the church' hierarchy."   In other words, laying the blame on the "faithful" for being too respectful and gullible of padres' (and bishops')  moral authority

Given the odious, perverted nature of these crimes it was almost inevitable that there would be pushback on some levels, and indeed, wrong -headed ethicists even claiming there is no "crisis of faith". This, though they do admit to  "ecclesiastical corrunption".   In one recent write -up ('A Crisis -  But Not Of Faith', WSJ Review, Sept. 1-2, p. C3),   George Weigel * made such reference and also  wrote:

"In this summer of nightmare, with the bad news by no means all out, the gag reflex of many Catholics is understandable.  But that doesn't or shouldn't make it a crisis of faith".

Why on earth not?

"Friendship with Jesus Christ is where Christianity begins...To learn from Christ and to be fed by him in holy communion is the primary reason for Catholic worship.  If Catholics lose sight of that, the awfulness that has come to light about some of the people of the Church, can cause what might seem at first blush a crisis of faith."

Well, I beg to differ.   First, if "learning from Christ" is a primary reason for RC membership, then that in itself is redundant because one can "learn from"  Christ independent of any intermediary (priests, bishops, etc.)   That was the whole putative basis for Martin Luther’s 95 Theses on the Power and Efficacy of Indulgences which skewered the unsavory and cynical Church racket of  selling  "indulgences" but at the same time mocked  the theology and undermined the business model built upon it .  That is, that a whole hierarchy of intermediate clergy were required for a member of the faithful to gain salvation.  The intermediaries organized the indulgence racket, just as they organized the doctrinal infrastructure embedded in the Church's Canon Law, deciding what offenses merited eternal punishment, and which did not.

But again, one can obtain such "friendship" independent of padres and popes. That is the subtext of Luther's 95 Theses.

Luther basically posited that the whole indulgence business was an unseemly scam, given the pope himself could tweak offenses and punishments. In the end, the faithful didn't need priests, bishops or popes any more than they needed indulgences.  They could gain access directly to  spiritual insights in scriptures if they so desired, and thereby to God. Priests and other clergy were unnecessary middle men, expendable.

Given it is the intermediaries (no matter how many or how few) who are the problem with the ongoing sex abuse, then the clear solution is to do an end run around them, i.e. to ditch them entirely.  If you accept the existence of a divine entity go to that entity directly! You don't need a frickin' padre to provide a special back channel, no matter how pious he seems!

That, I submit, is the core of the problem.  The placing of padres and other members of the Church hierarchy on some kind of pedestal, and thereby placing too much stock in what they say or preach. In so doing, people sacrifice their brains and gonads and render themselves more susceptible to being victims. Not just of sexual abuse, but also emotional and what I'd call religious exploitation and indoctrination. No surprise philosopher Daniel Dennett has compared the effects of religion to that of a parasite invasion of a human brain - altering its behavior, e.g.

This brings us to Weigel's ambiguous reference to "some people in the Church" when it is in fact the clergy, the padres, the bishops etc who are the "some people."  In other words,  we're talking about the intermediaries.  For any number of reasons Weigel is unable to see that if a severe betrayal of trust is evident in even a subset of these intermediaries the resulting crisis of faith - which is really a crisis of trust - must affect all. How can that young person of whatever age trust that smiling priest again, no matter how noble or pure he appears? He cannot.  The crisis of faith then inheres in misplaced faith in the intermediary establishment of the Church, specifically the ability of that hierarchy to convey truth.  In Weigel's words:

"It is important to refocus on the basis of Catholic faith, which is trust in Jesus Christ."

But he fails to make clear or elucidate that it is the intermediaries, the priests etc. who are supposedly the "representatives of Christ on Earth"..  But if one cannot trust the priests, how can he extend that trust to Christ?  The only way possible is to divest from the intermediary entirely as a useful or needed representative and approach Christ directly -  which means trusting Christ directly- absent of priests. Only in this way can  the criminal, perverted doings of the padres be prevented from contaminating the believer's trust in Christ.

In his dodge, Weigel attempts to divert the faith issue to one of scriptural basis and accepting Christ.  For example, writing at one point:

"Catholics were reminded at Mass on Aug. 26 of a very old scripture story they heard.   Although it was prescribed for that Sunday by an accident of the Church's triennial cycle of scripture readings."

He then cites a passage in the 6th chapter of the Gospel of St. John, i.e. with Christ declaring himself the "bread of life" on which disciples must feed.  Being too hard for many accept they left whereupon Christ asks Peter if he will leave too and he responds "Master to whom shall we go, you have the words of eternal life."

But then  conflating this with the basis of Catholicism, i.e.  "That conviction is the reason to be a Catholic to stay a Catholic, to make every effort to redeem the Church as an institution."

To which I say, hogwash.    There is in fact zero reason to "redeem" or preserve the institution at all because it has shown itself incapable of protecting the weakest and most vulnerable - like the Fortney sisters.  If it cannot protect these most vulnerable, subjecting them instead to  "soul murder" on what viable basis should this structure exist? There isn't any, not one.  As for scriptural citations, in the current context how about this one from Matthew 18:6?

"If anyone causes one of these little ones--those who believe in me--to stumble, it would be better for them to have a large millstone hung around their neck and to be drowned in the depths of the sea."

Indeed, Weigel toward the end of the piece admits a large element of blame redounds to the fact that "keeping the institutional Catholic  machinery ticking as smoothly as possible, by compromises with truth...was deemed more important than offering friendship with Jesus Christ."

Thereby,  again,  offering every reason to ditch the institution and its intermediaries. Trust in Yeshua? Do that on your own, you don't need padres or popes.   Reading scriptures?  You don't need to attend Masses to wait for the specific "triennial" cycle of a specific passage to appear, you can get a bible and freaking read it on your own, as a conscious, thinking and responsible adult.

The sad fact, contrary to Weigel's apologia, is that the Church has ceased to be a credible moral authority as well as a credible witness "to the Lord".   Point of fact, the faithful on their own can be credible witnesses to the "Lord' without depending on priests, on Masses or any aspect of the institutional Church with its dogmas and papal encyclicals. . It is purely a matter of will, the will to be an authentic adult -  a critically thinking person  - as opposed to a parrot or puppet for the popes and priests.

Confession? You don't need a padre! You can confess directly to the Almighty from your own heart,  if you believe in an ultimate power.   Confession, when you strip away the nonsense, is merely one more artifact or device for control, to prevent the believer from breaking out of a manipulative cycle of sin and forgiveness.  Indeed, the cynical process was first exposed by former priest, Emmet McLoughlin in his book 'Crime and Immorality in the Catholic Church' (Lyle Stuart Books, 1962) .

McLoughlin gives numerous examples of pre-Confession sin recollection for  Catholic youths, most based on the RC proscriptions against sexual fantasizing (especially those instances which produced hard-ons).  Thereby hyper -sensitive and devout youths were led  to no end of torment via  morbid preoccupations.   E.g. "If I kept this nude Playmate image in my mind for a minute and became excited,  was it a mortal sin? If I don't confess will I face the tortures of Hell, say if I die in my sleep tonight? " The result was millions of kids - mainly young RC males-   sent into precarious and unstable mental states - and always ensuring they were minutes from a confessional.   Just in case.

No, this sad and sorry institution isn't needed, not one bit.  If my Catholic friends want words to live by, I offer Joseph Campbell's: