If Not For A Skank Named Linda Tripp, Bill Clinton Never Would Have Been Impeached 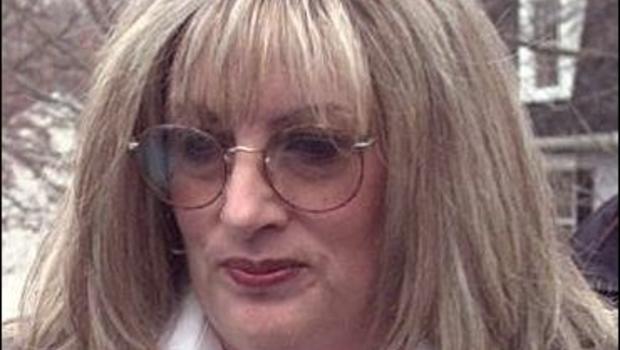 The "most hated woman in America" - Linda Tripp - after the skank ilegally taped Monica Lewinsky and released the tapes to Ken Starr.

As confirmation hearings for Brett Kavanaugh are set to open this week it is well to bear in mind he worked for Kenneth Starr, the infamous lawyer who led the "Whitewater"  investigation of President Bill Clinton in the 1990s. Kavanaugh, as we've also since learned - was one of Clinton's most outrageous inquisitors even interrogating him on the amount of ejaculate he produced with each liaison with Monica Lewinsky. Now seriously, is it any wonder Ms. Lewinsky had the sense she was born with when she walked out of an interview yesterday when the prissy media idiot asked if "you expect a personal apology"?   Lewinsky said she "can't do this" as she walked off the stage- realizing her dalliance with Clinton was as a grown, mature woman who made her own choices - not a puppet tool or victim who merits a "personal apology".

Kenneth Starr  himself was honest and forthright - at least for one sentence- when he wrote  in his WSJ Review piece ('The Impeached President',  Aug. 30-31, p. C1):

"I deeply regret that I took on the Lewinsky phase of the investigation."

"As I still see it 20 years later, there was no practical alternative to not doing so."

But in truth, there was.  However, that would have meant refusing to make use of an illegally procured tape made by a virago named Linda Tripp, who violated Maryland state law by obtaining not just one - but multiple  tape recordings  (over the phone)  without the knowledge or consent of her friend Monica Lewinsky.

Later (p. C2) Starr writes that the "sun could have set on the whole Whitewater investigation" but for the choices subsequently made, i.e.  when a phone call  came into the prosecutor's office on Jan. 12, 1998.  As he informs us:

"Prosecutor Jackie Bentley was working at our office about 9 p.m. when he got a phone call from a woman who at first declined to give her name. 'So let me get this straight', Jackie said into the phone, 'You've tape recorded calls from a woman who had an affair with the president? '

"Jackie asked her a few questions. Then the woman dropped a bomb: "You know me, I'm Linda Tripp. I was a witness in the Vince Foster case ...Foster was the lawyer in the White House Counsel's office who had committed suicide in July 1993. Tripp had been Foster's executive assistant.

"Tripp explained that Monica Lewinsky, a White House intern , had struck up a relationship with the president during the government shutdown in November, 1996, when interns manned the phones and delivered documents. Lewinsky, then 22, and Clinton began having sexual trysts in a hallway off the Oval Office.  Working at the Pentagon the following summer, Lewinsky began confiding in Tripp."

But this confiding occurred because Monica trusted Tripp and was woefully  unaware of the nature of the two -bit skank with whom she shared her most intimate secrets.  With "friends" like that you don't need enemies.  Ironically, while Monica was mature enough to make her own sexual choices she appeared to need a crash course into the psyches of human detritus and vermin like Tripp.

As most of us who were alive at the time know, Starr couldn't get gnatshit out of  sawdust in the Whitewater investigation so had to pursue the irrelevant angle of Clinton's sex life- thanks to Tripp's  interjection of criminally- obtained tapes. . Evidently, neither Starr nor his lackey Jackie , was smart or perceptive enough to ask if Tripp violated Maryland law in making the tape. Some prosecutors!

That phone call at 9 pm. on Jan. 12, 1998 then should have been a total dead end. Either Starr  himself or a separate court ought to have disallowed the use of secretly made phone tapes of  confidential conversations with Monica Lewinsky by Tripp.   Tripp lived in Columbia, MD at the time-  where wifey and I also resided - and it was widely known Tripp violated Maryland statutes against taping phone conversations without informing the taped party.  Technically then, the Lewinsky tapes (Tripp incited Monica for more and more details at each taping)  ought to have been inadmissible. But Ken Starr disregarded the law when it suited him and used said tapes to trap Clinton in a lie ("I did not have sex with that woman!") which then became the basis for his impeachment.

It was the Starr Report, co-authored by our little wannabe SC weasel Kavanaugh, which laid out the  spurious case for Clinton’s impeachment and removal from office, based on Lewinsky's illegally- obtained taped spiels with Tripp, i.e. about a blow job and soiled dress.  After the case broke, and Ken Starr emerged as "special prosecutor" no one believed it would go anywhere, since Starr would not be able to use illegally obtained evidence. As it turned out, after Kavanaugh signed on as a Starr stooge and Clinton inquisitor, it didn't really matter. It turned out some laws could be ignored.  Despite that, Starr in his WSJ piece clearly had misgivings about his investigatory reach as when he writes:

"I turned to those who had authorized me, asking them to weigh in. I complained that the Justice Department should either rally to our defense, or if I had in their view gone off the rails, Attorney General Reno should fire me. But Reno didn't fire me nor did she defend me. This was moral cowardice."

TO which I concur.  At the end of the day, Reno ought to have given Starr and his odious  team the boot, given they had invoked illegal evidence (Tripp's taped recordings)  to justify going after Bill Clinton. Case closed.  Unlike the current Mueller investigation, pursuing actual conspiracy with a foreign adversary to gain power,  the Clinton 'blue dress' evidence really did constitute a "witch hunt".  This is given Tripp's nefarious role and now we've since learned the roles of other Reich wing apparatchiks.

Barely more than a year after that phone call to Bentley, a lengthy, documented account emerged (see e.g.  'The Right Wing Web', February 22, 1999, Newsweek, p.34)  about a NY Reep media mole (associated with Alfred Regnery and the Regnery press) named Lucianne Goldberg.   To jog readers' memories, Regnery has been famous for publishing such classics as:

According to a TIME expose piece ('Read and Right', Sept. 17, 2012,  p. 16), the number one publisher of anti-Obama books was Regnery Publishing Inc

Anyway, according to the Newsweek article, it was Goldberg who knew Tripp was friends with Lewinsky, and egged her on to surreptitiously record phone calls with Monica concerning her sexual contacts with Bill. This sordid sleaze tactic kind of reminds us of many other Right wing dirty tricksters, from Lee Atwater, to Nixon "ratfuckers" Roger Stone and G. Gordon Liddy, and more recently (2015) the CMP bunch that infiltrated Planned Parenthood to make surreptitious (and specious)  "fetal tissue"  videos.

In other words, the information that drove Kenneth Starr to go after Bill Clinton (despite his second thoughts)  was tainted from the get go - not only by the sources instigating the release of the info - to use Tripp to call Starr's office on that January night in 1998. But the whole Right wing web that was determined to try to bring his presidency crashing down and repeal the votes of millions.  There is no analogy, not one, with the current Mueller team investigation, and anyone who seeks to make an equivalence ought to be recognized as an untrustworthy actor in the public communication sphere.
Posted by Copernicus at 8:07 AM