The Doomsday Clock: Now Moved To Two Minutes To Midnight 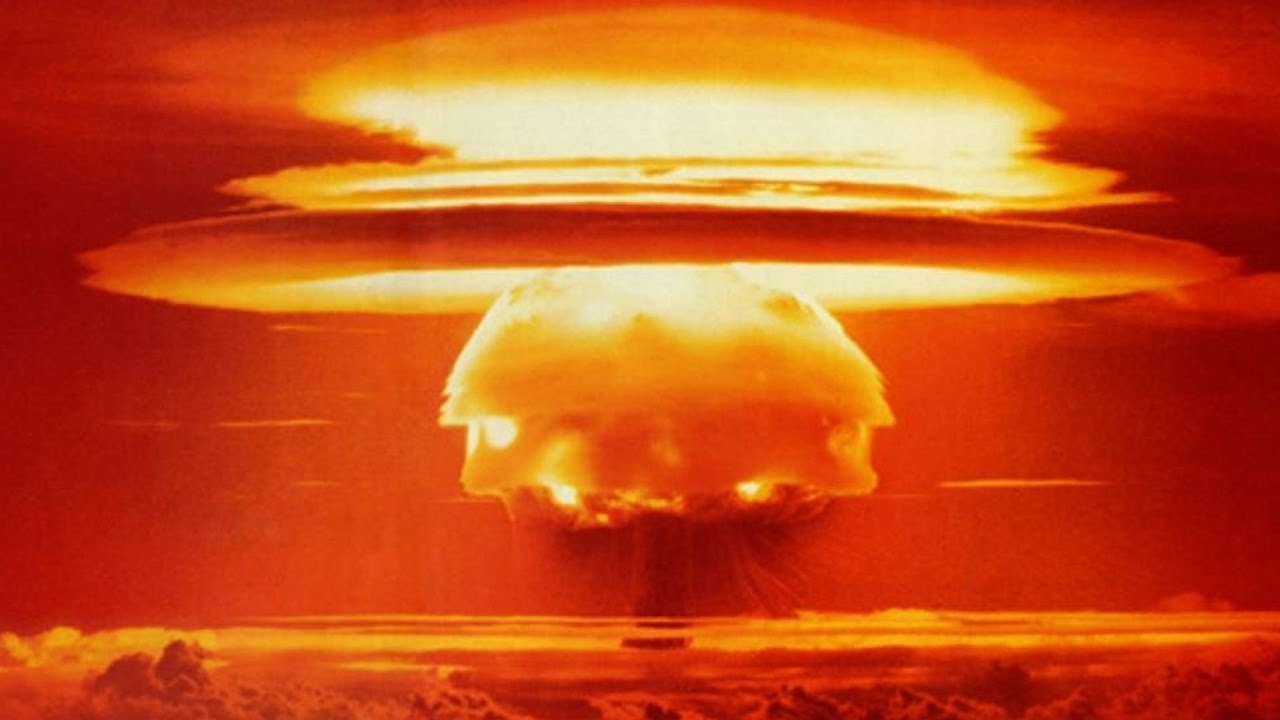 Today The Bulletin of the Atomic Scientists moved the "Doomsday Clock" 30 seconds closer to midnight then it had been one year ago.   As I noted at that time (Jan.. 26 blog post):

This morning at 10:00 Eastern time, in news that ought to send chills down ever citizen's spine, The Bulletin of the Atomic Scientists moved the second hand of the Doomsday Clock another half minute closer to midnight. Hitherto it had been set at 3 minutes to midnight, since 2015.  The new setting marks metaphorically the acknowledgement of the highest danger facing the planet since 1953, when the U.S. and U.S.S.R. conducted multiple H-bomb tests in the atmosphere.
A global failure to fight climate change and concern over Donald Trump’s cabinet picks were cited as reasons for the increased threat to the planet.

For background reference, the group was founded in 1945 by University of Chicago scientists who helped develop the first atomic weapons as  commissioned by the Manhattan Project.  Two years later the "Doomsday clock" was created using the imagery of a clock striking midnight (translated into apocalypse) and the contemporary idiom of a nuclear explosion to convey threats to humanity and the planet.   The decision to move (or to leave in place) the minute hand of the Doomsday Clock is made every year by the Bulletin’s Science and Security Board in consultation with its Board of Sponsors, which includes 15 Nobel laureates. The Clock has become a universally recognized indicator of the world’s vulnerability to catastrophe from nuclear weapons, climate change, and new technologies emerging in other domains.

Each year the basis for moving the minute hand is given in an accompanying statement. This year's statement is given below:

To: Leaders and citizens of the world Re: Two minutes to midnight Date: January 25, 2018:

In 2017, world leaders failed to respond effectively to the looming threats of nuclear war and climate change, making the world security situation more dangerous than it was a year ago—and as dangerous as it has been since World War II.


The greatest risks last year arose in the nuclear realm. North Korea’s nuclear weapons program made remarkable progress in 2017, increasing risks to North Korea itself, other countries in the region, and the United States.  Hyperbolic rhetoric and provocative actions by both sides have increased the possibility of nuclear war by accident or miscalculation.

But the dangers brewing on the Korean Peninsula were not the only nuclear risks evident in 2017: The United States and Russia remained at odds, continuing military exercises along the borders of NATO, undermining the Intermediate-Range Nuclear Forces Treaty (INF), upgrading their nuclear arsenals, and eschewing arms control negotiations.

In the Asia-Pacific region, tensions over the South China Sea have increased, with relations between the United States and China insufficient to re-establish a stable security situation.  In South Asia, Pakistan and India have continued to build ever-larger arsenals of nuclear weapons.

And in the Middle East, uncertainty about continued US support for the landmark Iranian nuclear deal adds to a bleak overall picture.

To call the world nuclear situation dire is to understate the danger—and its immediacy.

On the climate change front, the danger may seem less immediate, but avoiding catastrophic temperature increases in the long run requires urgent attention now. Global carbon dioxide emissions have not yet shown the beginnings of the sustained decline towards zero that must occur if ever-greater warming is to be avoided. The nations of the world will have to significantly decrease their greenhouse gas emissions to keep climate risks manageable, and so far, the global response has fallen far short of meeting this challenge.

Beyond the nuclear and climate domains, technological change is disrupting democracies around the world as states seek and exploit opportunities to use information technologies as weapons, among them internet-based deception campaigns aimed at undermining elections and popular confidence in institutions essential to free thought and global security.


--------------------------\
The Bulletin of the Atomic Scientists Science and Security Board believes the perilous world security situation just described would, in itself, justify moving the minute hand of the Doomsday Clock closer to midnight.
But there has also been a breakdown in the international order that has been dangerously exacerbated by recent US actions. In 2017, the United States backed away from its long-standing leadership role in the world, reducing its commitment to seek common ground and undermining the overall effort toward solving pressing global governance challenges. Neither allies nor adversaries have been able to reliably predict US actions—or understand when US pronouncements are real, and when they are mere rhetoric. International diplomacy has been reduced to name-calling, giving it a surreal sense of unreality that makes the world security situation ever more threatening.

Because of the extraordinary danger of the current moment, the Science and Security Board today moves the minute hand of the Doomsday Clock 30 seconds closer to catastrophe. It is now two minutes to midnight—the closest the Clock has ever been to Doomsday, and as close as it was in 1953, at the height of the Cold War.

The Science and Security Board hopes this resetting of the Clock will be interpreted exactly as it is meant—as an urgent warning of global danger. The time for world leaders to address looming nuclear danger and the continuing march of climate change is long past. The time for the citizens of the world to demand such action is now:  #rewindtheDoomsdayClock.

The untenable nuclear threat. The risk that nuclear weapons may be used—intentionally or because of miscalculation—grew last year around the globe.


North Korea has long defied UN Security Council resolutions to cease its nuclear and ballistic missile tests, but the acceleration of its tests in 2017 reflects new resolve to acquire sophisticated nuclear weapons. North Korea has or soon will have capabilities to match its verbal threats—specifically, a thermonuclear warhead and a ballistic missile that can carry it to the US mainland. In September, North Korea tested what experts assess to be a true two-stage thermonuclear device, and in November, it tested the Hwasong-15 missile, which experts believe has a range of over 8,000 kilometers. The United States and its allies, Japan and South Korea, responded with more frequent and larger military exercises, while China and Russia proposed a freeze by North Korea of nuclear and missile tests in exchange for a freeze in US exercises.
The failure to secure a temporary freeze in 2017 was unsurprising to observers of the downward spiral of nuclear rhetoric between US President Donald Trump and North Korean leader Kim Jong-un. The failure to rein in North Korea’s nuclear program will reverberate not just in the Asia-Pacific, as neighboring countries review their security options, but more widely, as all countries consider the costs and benefits of the international framework of nonproliferation treaties and agreements.

Nuclear risks have been compounded by US-Russia relations that now feature more conflict than cooperation. Coordination on nuclear risk reduction is all but dead, and no solution to disputes over the INF Treaty—a landmark agreement to rid Europe of medium-range nuclear missiles—is readily apparent. Both sides allege violations, but Russia’s deployment of a new ground-launched cruise missile, if not addressed, could trigger a collapse of the treaty. Such a collapse would make what should have been a relatively easy five-years ago unimaginably more intractable.
------------------------------------

Let's hope that all citizens and leaders pay attention to these threats and seek to turn the hands of this clock backward instead of forward.  But we'll have to strive for a rewind despite the news of a leaked Pentagon draft describing additions to the U.S.  nuclear arsenal including: 'low yield' (tactical) nukes that can be mounted to Trident submarines and a new submarine launched cruise missile (SLCM).  These new weapons are estimated to cost $1.2 trillion over the next 30 years to build and maintain according to the Congressional Budget Office.

Posted by Copernicus at 9:33 PM