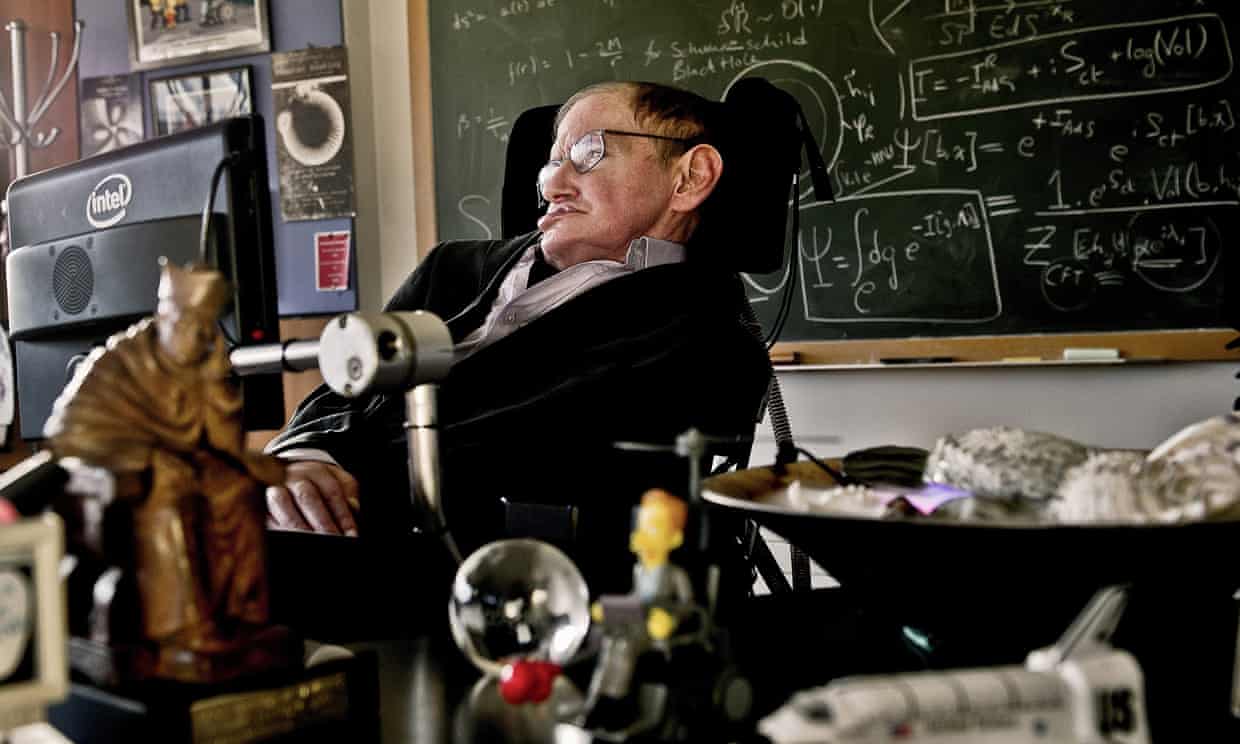 Almost everyone who's read 'A Brief History Of Time' - Stephen Hawking's seminal popular work on black holes and the universe, gets it that Hawking is a smart guy. This, despite the fact he's never won a Nobel Prize in physics. But his insights into cosmology, not to mention contributions (especially in the field of quantum black holes) to astrophysics have certainly illuminated many aspects of modern physics..

Less well known is that Hawking is also recognized  for his insightful predictions about the future of humanity and Earth.  Sadly, it appears in some enclaves of the mainstream media there is a running theme that Prof. Hawking is "losing it" with regard to his forecasts, or going round the bend, to use the vernacular.  But is he really? Or is this the usual media huff and puff snark penned by nattering nabobs who write too much and know too little?

This year, for example, the Oxford physics professor was claimed to have "made some of the most insane predictions to date, some of which may put a slight damper on your New Year's festivities."   Really? What are they? I will examine in turn his entries in this post and the next, arguing they all (but one)  will have carryover effect into next year and beyond. First, I give Hawking's primary warning:

Humans have only 100 years left to survive on Earth.


The media nabobs cheekily reported "this is nearly a lifetime", as if to say, how could this guy who professes to be so bright, predict an end to humanity within what will probably be our kids' lifetimes? An end of a species equal to the length of soon-to-be human lifetime? Get real.

Well, maybe, maybe not.  If one  watches Hawking's BBC series, Tomorrow's World, he names the primary threats that have the potential to end human life as we know it in a century. These include four prime culprits: climate change, Torino class 9 asteroid strike, nuclear war and an epidemic (which could also involve a weaponized virus) . He has also recently named AI systems as a real threat.

Based on each of these he argues we need to leave the planetary nest within the net century. This has become the basis for a BBC documentary released earlier this year entitled "Stephen Hawking: Expedition New Earth".  Therein Hawking makes the case for leaving Earth and repopulating somewhere else in the cosmos.

This is a huge enterprise given our current space faring technology is limited to reaching only solar system planets - and even then that entails over a half year just to send a few astronauts to Mars. So it's difficult to see how we'd get the material  wherewithal to even reach Alpha Centauri in 100 years.  It's even more difficult to see how even a fraction of the current world population can be transported.  If there is any "insanity" lurking in Hawking's warning it is not in the threats to human existence per se, but in the fact he ought to know precious few humans can be saved from whatever dire fate awaits the species in 100 years.

That said, let's look in turn at whether Hawking's predictions are viable before turning to means to effect a major repopulation project:

The danger here isn't so much that of a rapid cataclysm killing off human life, as environmental conditions becoming so unbearable it is nearly impossible for large populations (e.g. in cities) to survive.  We are talking about tiny increments of change - say in the pH of ocean water, or CO2 concentration in the atmosphere, setting us up for a slow rolling calamity.

In the worst case scenario that can be imagined, the ocean acidity (from absorption of CO2 by the oceans) becomes so great that the primary oxygen producers of the planet - phytoplankton - are killed off. Once they die, we perish too because there won't be adequate oxygen. Add in raging fires and other pollution likely present and the conditions for die off are magnified. You literally have billions of people suffocating.

It is possible that the phytoplankton might adapt over time to the changing conditions, so this extreme scenario doesn't happen. What other factors might emerge then to make human habitation intolerable?  I have listed the main ones below:

The first two pretty well occur together. The basic reason is that the power grids around the world - not just the U.S. - simply aren't designed to sustain the loads that will be imposed during extended heat events of the type we will face (E.g. 50 days or more with daytime highs of 115 F or more and night time lows of 90-95F)

Once the power grids go down then the water access is next. You need electric power to pump water and deliver to outlets in cities, suburbs etc   Take away power and water - as is currently the case in much of hurricane -ravaged Puerto Rico- and the spread of disease is next.

This will entail everything from West Nile fever, to Zika, to dengue fever and cholera.  ((See, e.g. Global Climate and Infectious Disease:The Cholera Paradigm, in Science, Vol. 274, 20 December, 1996, p. 2025.)  Billions could easily perish, just from an uncontrolled cholera pandemic - spread because of the inability to provide power to even enable basic re-hydration of patients. Parasitic worm infestations almost certainly will accompany the lack of water, and this means foods will also spoil easily as well as providing an easy medium for worms - with the food then eaten to enable their invasion of the digestive tract, bowels and brain, e.g.

Worm infestations of the type shown will sap the energy from large populations already stressed by the heat and it is likely they will induce many suicides.

The mere abundance of deformities of limbs, etc. from these parasites will be enough in most circumstances and locations to induce a sense of despair and hopelessness in the affected populations.

Lack of water to drink  in a future climate catastrophe  will sow misery orders of magnitude greater  than we are seeing in Puerto Rico with people so desperate they drink from polluted streams as well as from contaminated water at toxic waste sites. Expect then the further increase in severe water borne diseases (dysentery, diarrhea) as well as further worm infestations - say from schistosomiasis.


This magnitude of asteroid strike defines your basic "planet killer". Such a calamity would most likely come from an Apollo object, especially a massive Earth orbit crossing object - perturbed out of the asteroid belt.   For example,   Gaspra (12.5 x 7 x 7.5 miles)  e.g. 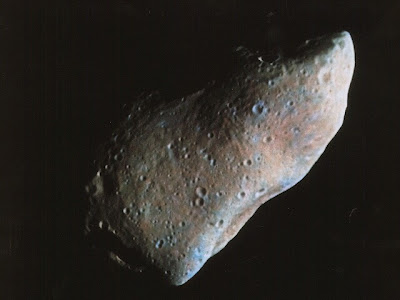 This  monster asteroid's impact would obliterate all life on Earth - never to arise again. The crater and blast effects alone would eliminate most of the population on the continent it struck. An ocean strike, creating tidal waves upwards of 2 miles in height, would be even worse. The debris, for its part, would block out most solar radiation for years and probably usher in massive extinction of plants.  The size of object needed is >> 1 km, and an Explosive release: >> 100,000 megatons TNT equivalent.  It is no surprise that this kind of asteroid strike is the classic example used - as far back as Isaac Asimov in a 1976 lecture - for not putting all our "eggs in one planet".  As Asimov put in it that lecture, e.g.

"The dinosaurs were too dumb, too small-brained to avoid the asteroid catastrophe that wiped them out. But we humans can not only forecast such objects and their paths, but have developed rockets to perhaps knock them out. But these will be useless against a truly giant asteroid, so our best move is off this world."

To be continued next week...