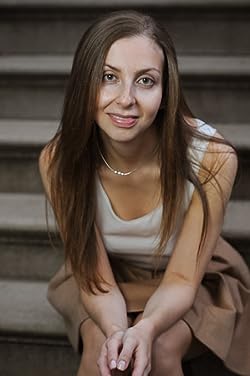 Well, someone had to come out and say it. Namely, that the Trump (Drumpf) supporting suckers are being taken for a confidence game ride. If you've ever been snookered by an over-hyped investment, a snake oil product that doesn't deliver as per its advertised claims, or a business deal that was lousy from the start, you know what I mean. These confidence game deals succeed because as P.T .Barnum once put it, "there's a sucker born every minute" and alas, 'Murica is full of suckers.

Anyway, Bill Maher's timely guest last night was the author of 'The Confidence Game', Maria Konnikova. She and Maher began the discussion by showing the image of all Trump's phony products - from Trump steaks to "Finest Super Premium Vodka" (described on the site 'Vodkaphiles'  as "havng the flavor of gas station burritos and expired Skim milk") to 'Success' eau de toilette (described on one site as like "household cleaner and headache -inducing")  and other crap. As Ms. Knnikova put it:

"When I saw that I said, 'I'm a psychic', because I clearly predicted this was going to happen. The moment that they analyzed what his products actually were they found out they weren't his products. He was blatantly lying and the hallmark of a psychopath - and also a con artist - is someone who deceives you for their own ends. So they're trying to convince you to support them, to vote for them and they're doing it by tactics that are disreputable."

Wow! Couldn't put it better. Trump steaks, for example, were produced at an entity called Bush Brothers Provisions, They weren't even sold at any formal supermarket chain, or outlet, but - good grief- at a downstream clothing company called 'The Sharper Image'. Plus the trademark was discontinued two years ago. You can read more here:

It's like comedian John Oliver put it on his last show: "Uh...I'd like one of those crappy puff collar suits and ten pounds of Trump  steaks!" I mean, cheese Louise, why the hell would you sell your alleged premier steaks at a place like that? The only reason would be to perhaps conceal the fact their quality wasn't much better than a Mao-style puff suit.

As Bill put it last night:

"Am I reading too much into this? I mean standing there in front of a table full of steaks. I mean I don't eat steaks....I thought this was like subliminal advertising. I mean people looking at that and going Trump - Steak, Trump - Steak....if I vote Trump I'll eat steak."

"Yes, think of the voters he's actually going for, people who want steak but can't afford it. So ...let them eat steak! And we see him in trying to get the popular vote saying he's honest, he's a man of the people. He's telling everyone exactly what they want to hear.  And he doesn't actually say anything. That's what confidence artists do!"

The last sentence is especially germane if one has read the Wall Street Journal breakdown of Trump's campaign ('Trump's Campaign Based On His Book', March 3, p. A1) and how it could have been forecast years in advance if anyone had read 'The Art of the Deal'. All the main bullet points of the book were highlighted in the Journal piece, one by one (p. A6), including 'Think big', 'Know your market' (i.e. view the electorate as the target market),  'Enhance location', 'Contain the costs' (Trump does this by using only a pittance of his own $$ and extracting the rest - over $17 m - as "loans" from his campaign), and 'Have fun'.

In other words, Trump's public is being played for suckers in a lousy deal. But back to the point of his never saying anything, the WSJ piece quotes him as saying "I play it very loose". In other words, he never follows a policy guide line or script he just spouts BS off the top of his head. This was also substantiated in David von Drehle's recent (Mar. 14, p. 36) TIME piece on Trump, describing how he actually took a raft of documents, papers his campaign team had given him - and tossed them off his table while on his Trump ONE jet. His answer: "I can't be bothered with that!" And this is the guy these fools want to be president?

What the fuck is this asshole going to do when the CIA head delivers to him the PDB (President's Daily Brief') and it notes an imminent terror attack by ISIS? Will he toss it away and say "I can't be bothered with that"? Will he "play it loose"?  The American electorate that thinks he's the greatest thing since sliced cheese better hope not.

So, at the end both Maher and Konnikova agreed Trump is a consummate con artist, who knows how to exploit images, PR and pure baloney to mind fuck millions into thinking he's their savior. The only turd who can "de-Obama-ize" the nation and make it safe for white people

Knnikova also noted it's a myth that Trump "hijacked" the Republican Party. No, the whole nature of the confidence game, according to Konnikova is "we give them our confidence. The whole origin of the game is that a guy on the street walked up to people and asked 'Do you have confidence in me to lend me your watch until tomorrow and I'll give it back plus an extra five bucks?' And they gave him their confidence,, their watches, and this is exactly what Trump is doing to the Party. He isn't asking for anything, people are willingly giving their trust to him."

The most important takeaway from last night's interview with Konnikova is how she explained that truth to Trump is a "fungible thing", it is never absolute, only what you can make it at the time. Trump meets this standard and also displays the "triad" of traits recognized as: 1) Psychopathy, 2)Narcissism and 3)Machiavellianism.

Where did we see these before, in one person? Well, in Adolf Hitler.

If you dispute it then read Robert Payne's book, 'The Life And Death of Adolf Hitler' (1972) and how the same sort of psychopathic and narcissistic seeds are also evident in Trump's background (see von Drehle's TIME piece, as when Trump in his teens was so fascinated with gang styles that he collected his own set of lethal switch blades.)
Posted by Copernicus at 8:45 AM