Peeling Back the Layers of the Religious Brain - What Do We Find? 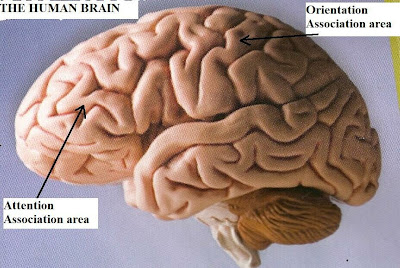 The physicalist or scientific Materialist has long sought to understand the religious brain, what makes it tick, why it obsesses over an invisible Being that can't be proven, and why and how it confects afterlives - some pretty nice (albeit boring), others downright nasty (usually devised for those who don't share the religious one's particular illusions, or for 'unbelievers').  We'd also like to know why some brains display a propensity to religiosity - including prayer, supernatural belief (including in afterlives) and religious-based morality, while many of us don't. Is there something wrong with our brains, or is it the religious brains that bear the defect?

Recent research has enabled remarkable insights into brains and what drives some toward religious belief, even mania, while others are 'turned off'. The research discloses the latter condition isn't the result of 'demons' or "Satan" afflicting the person, but rather particular brain chemicals, dynamics that differ in their manifestation between religious and non-religious.

Of particular interest in neurophysiological and neuropharmacological research is the brain region known as the OAA or the Orientation and Activation Area.  In his book, The Spiritual Brain: Science and Religious Experience[1], neuroscientist Andrew Newberg provides a putative basis for the divergence in religious acceptance, belief by showing how the brain’s orientation association area(OAA) determines the belief system for each of us. Since each human brain is different, and the OAA varies in cognitive function from brain to brain, then the beliefs we choose will reflect that biological brain disposition[2]. An atheist, for example, will manifest a very high reductive cognitive function, in addition to very low dopamine levels, according to Newberg. A Fundamentalist will typically display a very high causality cognitive function, overlaid by primitive fears issuing from the amygdala.  The hyper-religionist who believes s/he talks to God or actually knows the deity on an intimate basis exhibits fronto-temporal dementia, as first demonstrated by Dr. Patricia Bannister in Barbados decades ago.

While I served in Peace Corps in Barbados (1971-75), I had occasion to visit some of her patients at the Jenkins Mental Institution in Black Rock, St. Michael. All exhibited hyper-religious behavior, calling out "God" every waking hour and preaching non-stop to whoever might listen. All had to be put on largactyl to calm their feverish,  god-obsessed brains and this was interspersed with ECT. One could be assured, on the basis of her work, that this hyper faction of religious believer comprised a very small fraction, perhaps not even 0.5% of humanity.

Moving on, let's bear in mind that the object of attraction for all religious believers is not something actually known by them, but rather an artifact of their minds - constructed by their previous exposure to religious programming, their personal experiences, and the level of dopamine affecting their brain dynamics and especially the OAA.  We call this subjective approximation, which is in fact a regulative ideal, a "God concept".  We know that because all brains are limited in neural capacity, all God concepts must likewise be limited, as well as relative to each other. Hence, no one can be claimed as 'true' to the exclusion of all others.  One can call this the first principle of religious belief: what people profess belief in is not an actual entity they know, but rather their own brain-confected God concept.

Further,if the God concept is then internally confected by the brain, the personality of the believer can project its own prejudices, fears and hatreds onto its deity. In her book, A History of God, Karen Armstrong has observed[3]:

A personalized God can become a mere idol carved in our image. A projection of our limited needs, fears and desires. We just assume then that he loves what we love and hates what we hate, endorsing our prejudices instead of compelling us to transcend them.

Reinforcing this take,  the authors of Why God Won’t Go Away  note[4]:

The God Armstrong describes is the God of witch hunts, Inquisitions, Holy Wars, fundamentalist intolerances, and countless other forms of religious persecution- all carried out with the confident presumption of divine endorsement. The authority to commit such atrocities is rooted in the assumption, made by believers – that their God is the only God and their religion is the single, exclusive path to truth.

Again, the takeaway for the Materialist on the issue of God-concepts is that there is no single, exclusive path to truth for the religious brain. Every believer’s God is real to the extent its adherents believe it to be. This is what Newberg and D’Aquili’s’ findings show. For example, when one enters what the authors call the Absolute Unitary State there is only one God experience. Hence, Newberg and D'Aquili argue that one can assert a single, undifferentiated "ultimate Being"  transcends the specificJewish, Catholic, Fundamentalist, Muslim etc. brands.  The authors rightly conclude that the notion of exclusive truth is only apparent when incomplete brain states are attained.  These sort of incomplete brain transcendent states are more likely to occur in a person for whom absolutist attributes are accepted by his OAA brain region. The incompleteness of the brain state prefigures a weaker, more rudimentary God-concept.

If the God-concept is rudimentary, the probability is that its basis is furthest from any ontological truth.   The most rudimentary form of God-concept would be one that de facto interjects duality - manifesting in a "positive God" and "negative God". The God-Satan duality is, of course, the most well known example. Evidently, the dualist God-Satan believer never processes that if his 'good' God is truly "infinite" then it can't allow any operative domain for "Satan" (even on Earth).  The Satan-Lucifer aspect of his religious reality, in other words, delimits the purview of the infinite deity and effectively reduces it to another finite entity (equal to Satan, more or less). No surprise that most of those displaying pathological Satanic fear in Jenkins were precisely those for whom Satan was as real and as powerful as God - at least in their brains.

The truth hurdle for such believers, i.e. to liberate their brains to see the unrealistic duality of their God- concepts,  is then perhaps insurmountable. Likely more so because their thinking is so circumscribed that they refuse to even explore the ramifications of their narrow concepts.  Recall also, that the three primary attributes of a mind virus (as originally set out by Jacques Monod, in his Chance and Necessity) are: 1) performance value, 2) propagation value and 3) infectious value.

Performance value incorporates the most pronounced changes in the believer's brain, i.e. what difference does the meme or meme complex bring about in behaviors for the person who adopts it? For Christian Fundamentlists, the most major change is the intent to spread their "message" to others, e.g. pagans, unbelievers, in the conviction that must "save their souls".  Hence, if the fundie accepts this as his destiny, he will be much less likely to let loose of his Satan-Hell beliefs because he needs them to fulfill his performance, in saving souls. If he believes he can then instill enough fear- of Satan and Hell - he is convinced he can raise his performance value via soul-saving.

Propagation value indicates how far and wide  the particular religious meme is spread, and what means are employed to achieve this. (E.g. Islam in the past has invoked beheadings locally, and more generally "holy wars" or Jihad to force belief onto uncooperative populations.)

Infectious value embodies the ease with which other brains can be infected. Obviously, if a religious believer pushes his particular shtick and gains "converts" he will be reinforced by any success to continue doing this.  Since his brain has been so well infected owing to facility in the "conversion" game, he will be induced to spread the infection to others - so that they may also play the game. The infectious value is thereby determined by extraneous factors - it is only halted if the targets of conversion refuse to play the game. After enough decades of no converts, the infectious agents must finally conclude there is no practical value unless they accept their own insanity (defined according to Einstein as doing the same thing repeatedly while expecting a different result).
For these reasons, it is likely that the God-concepts peculiar to any and all religious  fundamentalists (whether Jewish, Muslim or Christian)  are at the lowest end of the nuanced-God concept scale, more in the realm of a cartoon than credible deity.

Getting back to the brain dynamic and connections to religiosity, there are other things to bear in mind. First, as I noted in my book The Atheist Handbook to Modern Materialism, twin studies have shown that general spirituality and religious predisposition is fifty percent determined by genetics. That means that ab initio any given human has a 50 % probability of ending up a non-believer, all other things being equal (of course, they aren't,  including the fact one is usually born into a religion, it isn't freely chosen). It is also plausible there exists a "God gene". According to the book by the same name this gene codes for VMAT2, (vesicular monoamine transporter 2), a protein that wraps chemical messengers (monoamines) in vesicles for transport through the nerve fibers and is crucial to many brain functions.


Secondly, recurring research has shown a correlation between atheism, education, and IQ. There appears to be little doubt on this score that atheism is linked to intelligence, education, academic achievement, and a positive interest in natural science.  For example, James Allen Cheyne  (Skeptic Magazine, Vol. 15, No. 2, 2009) has referenced a compendium of research showing an inverse correlation between religious belief and intelligence as measured by IQ.

This doesn't appear so fantastic a claim, based on the statistics he cites, when one realizes that just a moderate IQ (105-115) should be able to see that talking snakes (as in the "Garden of Eden"), guys living in whales bellies, and a man walking on water...are all preposterous. No genuinely intelligent person could buy into any of these any more than a smart kid would buy into Santa Claus.
In more depth, Cheyne makes reference to a particular type of thought he calls ACH thinking - or abstract, categorical and hypothetical - which appears to be mostly missing from believers' and which figures prominently on many IQ tests (such as the Raven's and Wechsler Similarities tests). Such tests feature many questions which construct an abstract hypothetical from a particular category, then ask the person to predict the consequences, if any.
For example, some ACH type questions might be:

1) If Venus and Earth were to exchange orbits, what would happen as a consequence to each planet to change it from its current conditions?

2) If a hollow equilateral pyramid is  "opened" up and spread out in two dimensions, how would it appear?
3) The Moon has 1/6 Earth's gravity. What might this fact have to do with the Moon having no atmosphere?

Why are believers missing this crucial component of thought which also, by the way, is essential for critical thinking? There are a number of reasons. For example, one may be that the honing of such skills was never possible, for example if they came from a home schooling environment. Another, more controversial, is that the very neural pathways that predispose them to belief or faith, are also the ones that inhibit predictive ACH conceptualizing.
My own hypothesis is that the stronger a believer's OAA (assessed by positron emission tomography)  the more neurological energy diverted there, and the less is available for ACH conceptualizing. Now, the task is to formulate practical ways this can be tested.  If such an anti-correlation is found it may explain why the most sincere and robust religious believers lack a capacity for ACH thought.

Posted by Copernicus at 8:06 AM