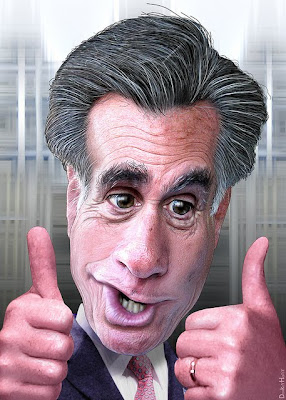 "Today we start a war in the . But if the left thumb comes up then we bomb Syria! Both come up and we do both! Heh, heh, heh!"

It's passing unbelievable but some necrophilous, Right wing bloggers actually believe Obama is unique in planning an attack on Syria. While calling him "O'Bummer" they assert - I kid you  not- that they'd actually like to see a nuclear war unfold on the scale depicted in the 1983 Brit film 'Threads' and then they could see all of us who voted for Obama last November "running and screaming like pussies with our skin burning off."


Hmmmmm......typical necrophilous bombast and bluster, but they miss the point. Had the Mittster been elected he'd be planning a similar assault, if not worse. It's not the MAN, Reich wing dumbos, it's the Neoliberal war -for -capital Washington consensus! And that means when you're the man in power, okay let me rephrase that....when you're the guy that gets elected, you toe the line of the Capitalist Neoliberal War State. That easy enough for you?

Since most of these Reich wing necrotics have the attention span of gnats and the memories of amoebae, it pays to refresh their minds as to what Mitt actually said in one of his debates, the Monday, October 22nd, foreign policy debate. As I noted in my blog of the next day, recapping the debate:

"On every issue, from Libya, to Syria, to use of drones, to leaving Afghanistan, to Iraq, to Egypt and deposing Mubarak, Romney sided with Obama. It was more like being in an 'echo chamber' than watching a debate! "

I also noted earlier how Romney at an APAC confab, admitted he'd  "send battle ships into the Persian Gulf and fire missiles on Tehran if need be."

If need be? Or if the capitalist warmonger state and its shadow oligarchs dictated it? More likely the latter. And, of course, if he felt no hesitation about lobbing Tomahawks into Iran, he'd have fewer lobbing them into Syria ......or anyplace else the war hawks demanded. Because see, since JFK's assassination, THEY are the ones running the country and its military- national security policy. This is the point to which we've arrived and presidents (with some minor latitude on timing of attacks) are merely 'yes' men.

This is hard for the  Right's nuts to grasp, only because they deliberately eschew conventional conspiracies in favor of the truly whacked out ones, like: FEMA and the UN setting up concentration camps - after they seize the guns, or Obama really being a Muslim and having some pact with them, or his Affordable Care Act being a device to sneak socialism into the country. Hey, dunderheads, the ACA was originally a Republican plan, actually conceived by Nixon in his era! Oh, btw, Romney implemented a smaller scale version of it at the state level in Massachusetts. It was called "Romney care".

But the intricacies of state power and its connections -networks is not a strong suite of the Right. They simply can't fathom that a hidden cabal of high profile  militarists, oligarchs (such as belong to the Bilderberg group) could possess such power as to really call the shots behind the scenes - as opposed to a single president. Hence, without this insight, they look at each escapade as one man's folly or decision as opposed to the dictates of the hidden Puppeteers. This means, of course, they will never able be able to grasp politics at the deep level....or what we call deep politics.

The bare truth is that even if Romney had been elected back in November, we'd be going through pretty well the same shit right now - maybe even worse. With Romney "in charge"- and a horde of neocons like William Krystal to back him, you'd not just see a two day strike but full regime change a la Saddam in Iraq, with all that implies.

The sad aspect is that the necrophilous righties will never get that....but remain convinced it's all Obama's doing right now, and we who voted for him deserve to be burned alive in a nuclear holocaust. Oh, as for them? They say they don't mind burning up in a nuclear war too so long as they see us "O'Bummer voters" getting it in the end!

Written like true necrophilous psychopaths!
Posted by Copernicus at 12:10 PM