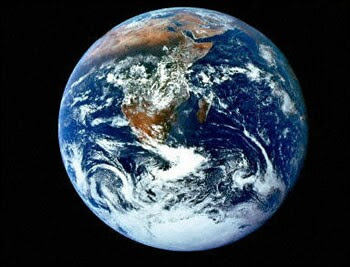 All right, time to give some forecasts for 2011. No, I'm not a seer, or an astrologer. However, I do keep track of many global trends using my software program Mathcad 14, as well as stay tuned to issues around the world.

These forecasts are primarily given in chronological order:

- President Obama, in his State of the Union speech, will decline to list any Social Security alterations or cuts (such as proposed by his Deficit Commission). He will understand that going forward this would not be a savvy political move given he needs his base aboard for an election year in 2012.

- The Tea Party Brigade will attempt to have Obama charged with specious "articles of impeachment" - including lack of a proper birth certificate. They will lose.

- 'Inception' will win 'Best Picture' at the Academy Awards, and Leonard DiCaprio will get his first Oscar for 'Best Actor'.

- In March, a government shutdown (because of failure to increase the debt limit) will narrowly be averted. Obama stands his ground this time and refuses to blink.

- The southwest and midwest will see the highest frequency of major tornadoes in history, including one F5. These twisters will usher in yet another momentous year of climate change calamities.

- The Chinese will force a serious crisis over Taiwan, egging the U.S. to do anything - especially while still tied down to committments in Afghanistan.

- A terror attack will occur somewhere in Europe before June.

- This summer will see four major and prolonged heat waves around the world, with temperatures reaching over 105F and persisting for weeks, barely going down at night.

- A major cyclone will strike southeast Asia in late August, even as a category five hurricane bears down on south Florida.

- A tsunami will strike Hawaii as a result of a 9.5 earthquake off the S.E. coast of Alaska.

- An NFL shutdown will narrowly be averted by last minute negotiations on behalf of the players and team owners.

- The New York Yankees will win the World Series 4 games to 3, narrowly beating out the S.F. Giants.

- The North Koreans will carry out war games and threaten S. Korea with "total annihilation" in October.

- Going into 2012 Barack Obama will see his highest approval ratings ever, after refusing to back down to Republican spending cut threats (aimed at the middle class) in November.

- Pastor Mikey will continue his crusade against: Catholics, atheists, Mormons, Buddhists, Muslims, Jews, Eckists, and anyone who doesn't imbibe his baloney 100% without question.
Posted by Copernicus at 2:38 PM