Eupraxophy: A Unidirectional Path to Self-Purpose 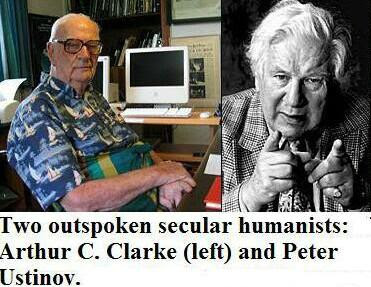 As we know, those of us in the unbelief mode are often looked upon with either pity or contempt because "without God" we are informed our lives "can have no meaning". Of course, this is gibberish and in any case a Faustian bargain on offer from the Christianoids. For they'd have us blessed on the one hand with the balm of transcendent "meaning" - by incorporating a God to provide said meaning- at the same time we can be dispatched to eternal torment by the same God. Thanks, but no thanks, we will happily pass.

So what shall we employ to fill the vacuum, assuming there's one to be filled. (Which I propose is an open question). One way is that we replace theism and godistic fantasy with humanism. We KNOW humans exist and also have multifold needs and we may all agree those needs can be addressed - say by volunteering, or charitable work. In effect, one replaces a vacuous entity without proof, with a concrete object of collective worth and advocacy.

Acknowledging this, the late Sir Aruthur C. Clarke noted that "our role on this planet may not be to worship God, but to create Him".

We create him in our brains, the synaptic junctions therein, and in subsets of the ten billion or so neurons - as I will show in an up and coming blog. With this god in place, an artifact of our own brains, we are directed to the task of assisting our fellow man to attain some measure of dignity and security.

This surely trumps the narrow brand of reality subscribed to by the narrow faither or godist, or to put it in terms of Peter Ustinov in an interview with Free Inquiry magazine:

"I have always said that I have much more faith in an agnostic or atheist who helps an old lady across the road, than the man who is racing to church and pretends not to see her".

And, of course, THAT is the crux of the humanist theme. The humanist addresses real hman issues and problems, while the churched godist pretends not to see them, by substituting his pie in the sky pseudo-reality. His fictious "next life" means more to him than this life and the humans in it, even family.

Now what about meaning? I believe it was Paul Kurtz who pointed out the starting point for a coherent humanism is by providing a response to the question: What is the meaning of life?

As he also noted, the godist is mired in the salvation myth by which he gives meaning to his life - his mortal existence, using something purported to occur in the distant future. He then sacrifices his life and contributions to a future myth and the belief he will someday sit at the right hand of his lord. Given this blindness, he will never comprehend how others can find meaning without subscribing to his fantasy.

But as Kurtz noted, the quest for a transcendent meaning in life is doomed to futility since there is absolutely no evidence at all that existent nature has some divinity locked or hidden away that will relieve us of the need to make our own choices. Life has no hidden or ulterior meaning per se, and thus humanism begins with the logical assertion that the universe is a vast impersonal system impervious to human ideations, wants or needs. Indeed, the very thought the cosmos or its putative "maker" would have any passing interest for a pathetic biped species on the rim of a galaxy amongst trillions of galaxies is the height of hubris.

To many humanists, the only reasons for positing a "Savior" myth at all were: a) to allay human existential insecurities, and b) to rationalize human exceptionalism on the basis that only one intelligent species in the cosmos could be "saved" - hence NO aliens or other extraterrestrial species could exist anywhere (since "God" ordained Man alone was the pinnacle of his creation). This is the height of poppycock. Because if the cosmos is an impersonal system, as all evidence to date shows (such as the preponderance of dark energy) this collapses. Humans must lean on each other to find their own meaning, and this is done by multifold constructive purposes. This is done, despite realizing the cold, hard fact that death is the end of all biological organisms - including humans.

Given this, it behooves us to try to make the most of this life and not pretend to live it for the next, which will never ever happen. Once this life is over, that's it, finito!

The constructive answer to living life as a cosmic orphan is not to look to some mythical heaven for divine deliverance, but to use the world as it is as positive framework to work out human self-purpose and solve human problems.

The framework for this, defined in Kurtz' Living without Religion, is called eupraxophy. As from the Greek (and recall we saw already Aristotle's definition of happiness) it means "the practical seeking of the good life through reason and good conduct - to attain the most effective end and the benefit for most people"

Aristotle could not have said it better, and indeed - he provided the basis in his Nichomachean Ethics:

As noted therein, Aristotle is very clear that humanity's primary purpose (Book I):" is to seek the "Chief Good" (or happiness, i.e. that which all things aim at) in terms of attaining the highest usefulness and expression of all virtues - both moral and intellectual - in arriving at the most complete life"

A happy man then, is one who directs all his actions governed from reason, and performs all duties, tasks well and nobly - to the extent every deed is completed in the excellence that uniquely belongs to it. Further:


"If all this is so, then the Good of Man comes to be a working of the Soul in the way of Excellence"

In other words, whether a god exists or not is immaterial to the working out of excellence. A man, once he grounds his directons in terms of the "moral mean" will attain that excellence by working toward a fulfilling life and end. One needs no supernatural entity to fill the vacuum of one's life, once one has the utiltiy of consciousness to ascertain the Good (via reason) and then can apply it to the end. The god -monger in this sense, comes off as a person needing a crutch to get by. Because he lacks the inner fortitude and moral compass to find his path to excellence and virtue, he must rely on the crutch of an imaginary deity.

This is important because it falls directly within the atheist purview. And while most atheists may not be familiar with Aristotle's Nicomachean Ethics, they will appreciate and be familiar with moral provisionalist ethics which can be arrived at from many of the same principles - especially of proportionate justice.

Paul Kurtz with his eupraxophy would wholeheartedly concur.
Posted by Copernicus at 8:34 AM