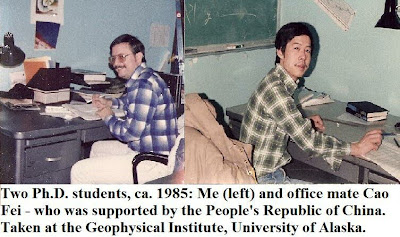 The article (The Disposable Academic) in the current issue of The Economist (Dec. 18, p. 156) was blunt and to the point: the Ph.D. degree is now all but useless. People essentially are investing a sizeable amount of money on a faint future chance of betterment - that never materializes. How or why has this come to be?