This H3 N2 Flu Season Could Be The Worst For U.S. Since 1968 Hong Kong Flu Pandemic 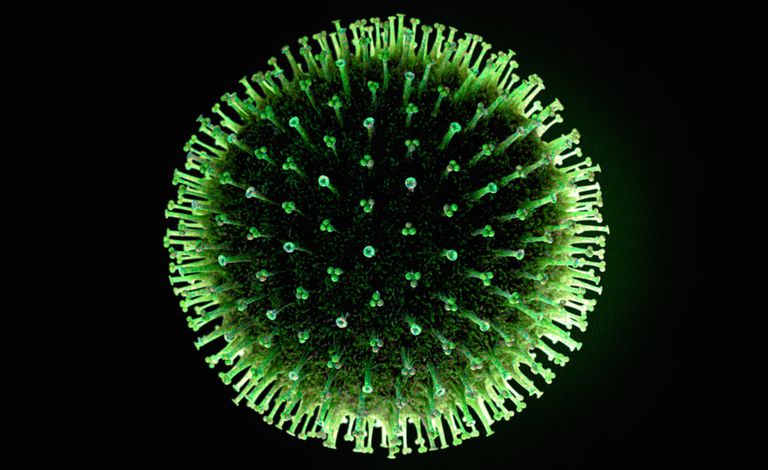 Electron micrograph of the H3 N2  influenza virus, largely responsible for most deaths and hospitalizations this flu season.

As the tally of pediatric deaths reaches a high not seen for nearly a decade, and flu is now wreaking medical havoc in all of the contiguouos states, one wonders if this scourge could rival the Hong Kong flu pandemic of 1968-69.

As I wrote earlier (December 11, 'The H3N2 Flu  - Are We Ready For The Onslaught?')  citing a Wikipedia reference:

But could this flu season be as bad? What we do know is what began as "the Aussie flu" last summer (the Australian winter)  has now metastasized to cause over 14, 000 hospitalizations and nearly 60 pediatric deaths. The hospitalization rate, according to one WSJ article ('Flu Hospitalizations Highest Since 2010' ) has now reached 51.4 per 100,000 or the highest since the  2009 H1N1 pandemic flu. That  strain "led to more than 60 million flu cases in the U.S".

I also got the Hong Kong flu - the first  known appearance of H3 N2  -  so why didn't I have any immunity when the 2014 H3 N2 flu struck?  Well, likely because that was actually a variant strain, e.g. H3 N2v - where more Avian or swine contributions factored in.  It elicits the question of whether the current ferocious flu season is dominated by a similar H3 N2 variant, and in fact whether it could be as bad as the 1968 pandemic.

Soon after the Aussie flu struck the UK,  Professor Robert Dingwall, a public health expert at Nottingham Trent University, told the UK Daily Express  the oncoming H3 N2 season is expected to be the most serious flu outbreak since the 1968 pandemic that started in Hong Kong and killed more than a million people world wide.

In a number of respects he's correct as this flu season further plays out, and it is clear we haven't even hit the peak yet.  See e.g.

There is also the chance this flu season could go on much longer than the (normally)  expected end in May. The Hong Kong flu swept the world infecting hundreds of millions for almost 2 years. Such freak pandemics seem to occur every 50 years, with the 1968 pandemic striking 50 years after the deadly Spanish flu - which killed up to 100 million - arguably a worse  human health catastrophe than  the Black Death. See also:

In their book, 'The End of Epidemics', authors Jonathan D. Quick and Bronwyn Fryer argue that the most frightening future risk is the potential for a new, highly contagious and deadly flu to arise from a "viral stirring pot".  Such a pot would include avian, animal (e.g. swine) and human-infecting viruses.  They also note the opportunity for such mixing abounds as beasts, birds and humans rub shoulders in places like factory farms.  Like Sanjay Gupta (earlier link) Dr. Quick's take is this is not a matter of if but "when".

My bet, as I've written before, is the new deadly pandemic will be a hitherto unseen form of Avian flu.   Cue then the date September 29, 2005, when David Nabarro, the newly appointed Senior United Nations System Coordinator for Avian and Human Influenza, warned the world that an outbreak of avian influenza could kill anywhere between 5 million and 150 million people. The reported mortality rate of highly pathogenic H5N1 avian influenza in a human is high; WHO data indicate 60% of cases classified as H5N1 resulted in death. My take, given the H5N1 would incept a "cytokine storm"  similar to what the H1N1 Spanish Flu did, is that at least 500 million would perish, and possibly as many as 1 billion.

So, we infer that what kills most humans - apart from the secondary infections, e.g. pneumonia  - is the immune system's hyper response to the virus invasion of our lung cells. This hyper reaction is what induces the cytokine storm.   Research into the Spanish flu victims discloses that death likely arrived via a cytokine storm, i.e. the victim basically "drowning" in their own lung fluids. The alveoli or air sacs of the lungs become basically incapable of gas exchange, e.g. between oxygen and CO2 and the victim suffocates as the cells burst - responsible for many of the victims having blood spurting from eyes, ears, nose etc.  Also, the effort to summon oxygen from elsewhere leaves the victims with a bluish or cyanotic facial appearance.

Contrast this with a number of  documented Asian cases,  where victims with H5N1 experienced diarrhea followed rapidly by a coma without developing respiratory or flu-like symptom. This shows that one can perish that suddenly, and with no evident breathing problems.

More distressing, genetic sequencing of avian influenza A (H5N1) viruses from human cases in Vietnam, Thailand, and Indonesia shows resistance to the antiviral medications amantadine and rimantadine, two of the medications commonly used for treatment of influenza. This leaves only two remaining antiviral medications (oseltamivir and zanamivir) that should still be effective against currently circulating strains of H5N1 viruses.

If and when the next influenza pandemic strikes we better have our anti-viral weapons ready along with every available resource to care for the millions of victims. The current scenes, with hospitals having to set up triage  tents outside of main facilities and ERs flooded, shows we are nowhere near ready when the "big one" strikes. Which could, I say could...be at the tail end of this current H3 N2 season.

We will also have to drop the obsession with "diminished hospital profit margins" during flu outbreaks. That should be the least concern if millions of our fellow citizens are infected by a killer flu variant or totally new strain.
Posted by Copernicus at 9:26 AM