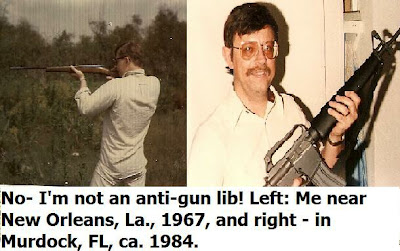 After more than a thousand attended a vigil in Parkland, Florida  last night for those slain by Nicholas Cruz, we have learned the names and hackgrounds of many. So many promising lives taken too young, and many of these same students now tired of hearing the usual "let's pray" platitudes from the likes of GOOPs, Doturd, and Paul "Munster" Ryan.

As one of the students interviewed this morning put it: "No one should ever have to go through this again, ever. This could have been prevented if that kid didn't get that gun"

But that "never" depends on this nation getting its collective head back into sane gear - starting with its maniacal gun laws. As I noted in a footnote in yesterday's post, a study in the journal Health Affairs concluded that the United States has become “the most dangerous of wealthy nations for a child to be born into.”   According to the Health Affairs study. the homicide rate in this country is 49 times higher than in other rich countries.  It doesn't take a Mensa level IQ to grasp this ratio cannot be solely from the U.S. having more crazies on the loose. It must be another factor, and that other factor points to the sheer volume of military style assault weapons owned and bought each year.  Let's examine this further.

First, in the interest of full and open disclosure let me make it clear I'm no "lily-livered lib" who's scared of guns or rifles (because I served in the Peace Corps). I know how to use them and can fire a rifle with sharpshooter accuracy using only a mechanical, e.g. "bridge" -sighting mechanical mount.

But my rifles,  for target practice, some hunting, and testing the Warren Commission "jet effect" hokum,  never included the use of AR-15s or other high powered rifles, e.g. like the Bushmaster .223. I believed then, and still do, that a real man doesn't need such fare. You don't need a military assault weapon for "protection"  or for hunting.   These assault weapons - which is what they are, let's not split definitional hairs between "automatics" and "semi-automatics" - are strictly for the purpose of mass killing. As, for example, in a war theater.  No upstanding citizen in these United States "needs" such a weapon.

Now,  I call "Gun -tards" all those - primarily of the Reeptard tribe - who sincerely believe any person in the U.S. is entitled by the 2nd amendment to own any gun or rifle he wants short of a .50 mm anti-aircraft gun.. And, by George, if a state law is passed that asserts you can own such, or buy such, then by god you can damned well do it!  In this regard let us note also that AR-15 style weapons are sold at the rate of 1.5 million a freaking year.  That is one fourth the number of autos sold each year.

Further, as an NBC News report explains, Americans own an estimated 15 million AR-15s. One in five guns sold in the United States is an AR-15-style weapon.

This is freaking insane and I will now proceed to show how the gun nuts who defend this insanity are basically chewing acid (LSD) drops  - that's how deranged and bereft of reason they are.   Let me, for perspective, interject the quote of former ATF agent Jim Cavanagh that: "The second amendment cannot be a national suicide pact or invitation to mass slaughter".  But that is effectively what the NRA gun lobby, the politicians they have in thrall, and gun-tards have made it.

Let's go through the seminal points beginning with whether any 18 year old in any state ought to be able to purchase an AR-15:

The gun -tards claim that the fault was in the mental health system (never mind Repukes have basically cut 13 million off Medicaid rolls in need of such help,  by gutting the ACA) not Florida's lax gun laws. These allow any person 18 or over to buy an AR-15. I call horse shit on that baloney for the simple reason - leaving out mental issues - that at the age of 18 the brain is still being formed. Don't take my word, look it up, e.g, Google!  The prefrontal cortex and its judgment centers are still in the process of growth and will be until the age of 22-23. That means any late teen who buys a gun isn't in full possession of his rational or judgmental faculties. (Why do you think so many are engaged in the idiotic "Tide Pod Challenge" or who like racing cars at 90-100 mph?)

It follows that any state law that would allow such purchase is itself insane, i,e, that law is an ass. It was also likely voted on by ass lawmakers, e.g. NRA slaves who need their money for re-election. Such is the case in FLA.

2) Lax gun laws can't  become the standards for the nation:

This is just a matter of common sense.  It would be roughly analogous to crazy state reg that allows driving at 100 mph in certain cities at night being mandated for every city in the country.  In fact, NO city should be allowing 100 mph driving even at night. In the same way, NO city or state should be allowing the purchase of ownership of a military style assault weapon that unleashed 30 rounds in seconds - unless one is headed to Afghanistan in the military.  As CBS co-host Gayle King phrased it - after watching a video from the anguished mother of one of the Parkland victims, screaming at Trump to do something: "No one should be able to own one of those assault weapons unless he wears a uniform"  Bingo!

Bottom line:  the lax and crazy state gun laws in Florida, cannot and must not be made a standard or desired ideal, for the nation.

3) The stringent state laws ought to be the ones made national:

If the arguments in (1) and (2) are valid, and they are -  unless one is a gun-tard -  then it follows that if any state laws are to be made national they must be from states like Massachusetts - which require not only passing a state -approved gun safety course first, but also being licensed - as one would if getting a car - as well as fingerprinted. (For details see my previous post).  The proof is in the pudding, as the old cliche goes, and we know the rate of gun deaths in Massachusetts is more than 6 times lower than in the lax NRA -- governed state of Florida.

4) If you make mental illness the culprit you lose if you cut funding for health care.

Trump's bloviations yesterday, "we're 'committed to working with our states and schools to tackle the difficult issue of mental health" - intended to soothe angst in Florida and the nation, merely enraged most sentient citizens.  That's because it was pure  PR and deflection, avoiding mention of the assault weapon at the center of the Parkland carnage in favor of empty bromides about "mental health".  Sorry, but you don't get to spout bollocks like this given your party is effectively planning to cut $1 trillion from Medicaid (to help offset revenue loss from the ill advised tax cuts). And those cuts are expected to affect nearly 13 million suffering with addictions and mental health problems like bipolar disorder.

5) The Second Amendment was written as a collective - not individual right.

I've gone through this before but let's do so again for the re-education mainly of the gun-tards who might be reading this.   The Second Amendment to the Constitution states:"A self-Regulated Militia, being necessary to the security of a free State, the right of the people to keep and bear arms shall not be infringed."Now, one must understand and comprehend the era and period in which this was written. At that time muskets were the primary weapon, and no major organized standing army existed such as we have today. Indeed, the Continental Army of Washington, though it prevailed over the British, had massive war debts to pay off. There was no way to keep thousands of men under arms for sustained periods, as well as clothing and feeding them - far less recycling them with newer equipment each year!It therefore became necessary to authorize the basis for a non-centralized force or "Militia" in order to supplement any governmentally organized army called up. This "Militia" originated in the countryside, from citizens living across the land in various villages, towns and states. In effect, the 2nd amendment drafters were asserting the necessity for a subsidiary people's army to assist the main one. Citizens then became in effect, necessary to the security of the nation. One could then describe the state militias as "adjunct armies".Indeed, some interpreters of the amendment believe the original content is really even more diluted than what I portrayed. They see the "well regulated militia" provision as actually devised as protections from any marauding, "loose cannons". These interpreters insist the framers would never in a million years have envisaged people (individuals) possessing permanent private weapons in their own homes.In  a controversial 1939 case, FDR's Solicitor General framed the argument to the Court:"The Second Amendment grants people a right that is not one which may be utilized for private purposes but only exists where the arms are borne in a militia or some other military organization provided by law and intended for protection of the State."The SC decision was unanimous.  This was barely 79 years ago, so what happened in the interim to debase the amendment to be unrecognizable today?While the Court's decision prevailed for several more decades, it started to unravel by the 1970s as various Right wing extremist groups coalesced to challenge "gun control"  based on spurious private gun ownership  interpretations. By virtue of the infusion of millions of bucks  into state legislative campaigns they successively overturned laws in legislatures - much like the abortion opponents are now doing in many red states.But then Chief Justice Warren Burger was dissuaded by the gun crazies' arguments, especially that the 2nd amendment granted every man the right to keep and bear arms on his own, responding that this interpretation was "one of the greatest pieces of fraud on the American public by special interest groups that I have ever seen in my lifetime."

Alas, as the strength and political power of the NRA metastasized, it was just a matter of time before more and more state legislatures (like in Florida) were bought out and their NRA slaves passed laws contravening Justice Burger's and the earlier 1939 ruling. This is why the only way things will change is to vote out the NRA political slaves, like Rick Scott, and vote in firm gun regulation leaders.

Yes, the gun-tards will scream that this amounts to "taking away citizen rights" but it no more does this than driving laws that prohibit driving on the wrong side of the highway, or driving 100 mph at night takes away driving rights..  We are not "taking away" rights but seeking temperate regulation such as in Massachusetts, e.g. requiring passing gun safety courses, being licensed to purchase ammo or guns, and being fingerprinted with the latter circulated to all state law enforcement centers - as well as a Criminal History Board such as in MA.

This is not too much to demand (say by the parents of the Parkland shooting victims)  given the lives that can be saved, and it's nowhere near as tough as Australia's gun laws - passed after a massacre in 1996 - that required turning in all military style assault weapons.

Conclusion:What do we derive from the preceding arguments? That the REAL un-Americans (especially the NRA) are those who have twisted the meaning of the 2nd Amendment to their own ends, with the result that the fallout has created a never-ending sea of maimed, crippled and murdered gun victims. None of this will change until we return to the gun control concepts and legislation common 70 or more years ago, and flush the current deviant memes down the toilet of history, Again, gun regulation - especially via licensing, fingerprinting etc. - is NOT taking away rights, neither is outlawing the purchase of military style weapons.