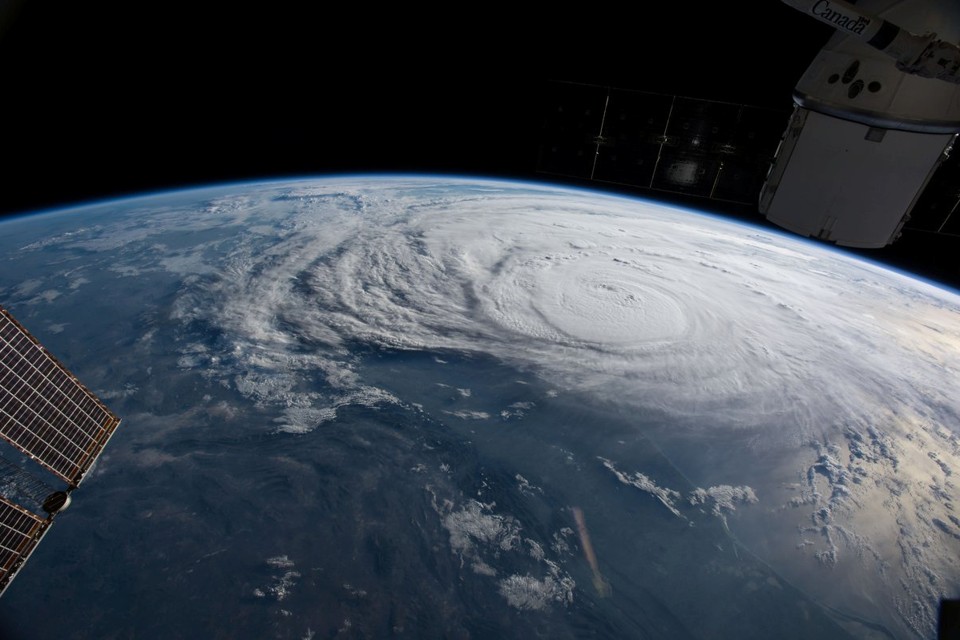 As we beheld yesterday afternoon via numerous news sources (all real, none fake) metropolitan Houston is basically underwater, flooding from intense and prolonged rains from Hurricane Harvey. How did such preternaturally profound storm rains come to be?  As I've posted previously, the nature of the greenhouse effect is that human burning of fossil fuels such as oil, coal, lead to specific gas byproducts- namely methane and carbon dioxide - diffusing into our atmosphere. Even incremental enhancements of their concentrations can convert the atmosphere into a greenhouse, thereby preventing a portion of solar radiation from escaping and hence trapping heat.

Melting ice caps play a role in this though many are cheering the melting to speed up to permit an "Arctic passage". Bad idea!  This reduces the albedo or reflectivity of the Earth's surface - leading to increased absorption of solar radiation-  and even less escaping into space. Thus the terrestrial greenhouse gets ramped up.

The overall effect of the greenhouse is warmer air which can hold more moisture. In addition, the warmer atmosphere causes evaporation to happen more rapidly. However, that alone doesn't explain the full role of the greenhouse effect on Harvey.  Another consequence of greenhouse warming is that the oceans are absorbing CO2 and also becoming warmer- which in turn raises sea surface temperatures.

In effect, a large portion of Harvey's energy was fueled by very warm Gulf temperatures which rose to between 2.7 F and 7.2 F above average. Because of these high Gulf surface temperatures the original Tropic Storm Harvey progressed to a Cat 4 hurricane in barely 48 hours.

"There is a simple thermodynamic relationship known as the Clausius-Clapeyron equation that tells us there is a roughly 3% increase in average atmospheric moisture content for each 0.5C of warming. Sea surface temperatures in the area where Harvey intensified were 0.5-1C warmer than current-day average temperatures, which translates to 1-1.5C warmer than “average” temperatures a few decades ago. That means 3-5% more moisture in the atmosphere.

That large amount of moisture creates the potential for much greater rainfalls and greater flooding. The combination of coastal flooding and heavy rainfall is responsible for the devastating flooding that Houston is experiencing.

Not only are the surface waters of the Gulf of Mexico unusually warm right now, but there is a deep layer of warm water that Harvey was able to feed upon when it intensified at near record pace as it neared the coast. Human-caused warming is penetrating down into the ocean. It’s creating deeper layers of warm water in the Gulf and elsewhere."

The reference to the Clausius -Clapeyron equation is important moving forward. Since we know now the warming increment is likely to hit 4C by 2050, contradicting the 2C by 2100 nonsense, we know these monster rain storms will grow worse.  For a 3.0 C increment over what we are dealing with now that means and 18 percent increase in the average atmospheric moisture content. That in turn translates to deluges such as we're witnessing in Houston 5 to 6 times a year or more, merely in the continental U.S.   (The rest of the planet will also be subject to them, especially the monsoon prone regions of southern and southeastern Asia).

"Harvey was almost certainly more intense than it would have been in the absence of human-caused warming, which means stronger winds, more wind damage and a larger storm surge. (As an example of how this works, we have shown that climate change has led to a dramatic increase in storm surge risk in New York City, making devastating events like Hurricane Sandy more likely.)

Finally, the more tenuous but potentially relevant climate factors: part of what has made Harvey such a devastating storm is the way it has stalled near the coast. It continues to pummel Houston and surrounding regions with a seemingly endless deluge, which will likely top out at nearly 4ft (1.22m) of rainfall over a days-long period before it is done.

The stalling is due to very weak prevailing winds, which are failing to steer the storm off to sea, allowing it to spin around and wobble back and forth. This pattern, in turn, is associated with a greatly expanded subtropical high pressure system over much of the US at the moment, with the jet stream pushed well to the north. This pattern of subtropical expansion is predicted in model simulations. "

So we see here the other contributing factor to Houston's plight is the subtropical high pressure system over much of the U.S. keeping most of the monster storm in place. But again, this should not be confused with the intensity of the storm - tied to global warming - which was estimated yesterday at 1.2 inches of precipitation per hour for Houston.

Mann  emphasized that the greenhouse effect did not cause Harvey - a point I reinforce here- but it definitely exacerbated its impact on a major metropolitan area.

Given these storm deluges will become ever more frequent, what do major cities near large bodies of water plan to do about it? What do people living there plan to do? What will the federal government do, if anything? Well, we know so long as the top arsonist Scott Pruitt is in charge of the EPA not much will be happening other than lies and distortions about climate change. Sadly, in the Trump era most population centers will pay a heavy price.

Trump himself has cocooned inside his gilded enclave and only offers tweets to the millions suffering. He will have to do much better in the days ahead, or once and for all admit he's merely a self-obsessed, egotistic asshole.
Posted by Copernicus at 7:50 AM