'A Survival Guide For The Misinformation Age' - And Convincing Kyrie Irving The World Isn't Flat!

Let us accept, as science popularizer Isaac Asimov noted once in a lecture,  e.g.

There will always be the chance for misinformation, especially in science, to overtake information and genuine knowledge. This can happen if people become complacent or don't understand scientific thinking and methods, or even the basic math by which data are processed, models analyzed.  Asimov even in his 1976 lecture given in Barbados, worried that "flat Earthers" could re-appear if the educational system didn't do its job in showing students how science was actually done. Hence, Asimov believed a flat Earther might emerge in a 'bubble' of ignorance where his own misinformation and erroneous beliefs are reinforced by others.  That even applied to whether, in fact, humans really landed on the Moon or were merely clever actors on a Hollywood sound stage.

Now a new book, 'A Guide To Survival In the Misinformation Age', takes this further noting how in a wide variety of disciplines misinformation rules, often abetted by the education system itself. For example, in U.S. Biology courses textbooks on evolution face never-ending challenges in school districts across the country, namely by local school boards - especially in the South.   When evolution is taught, it is often in a watered -down, neutered way, i.e. teaching it alongside some form of intelligent design (often cleverly couched), or taught in the sense that it is "God's way of creating species", when there is no need to interject a deity, period.

Then there is the abysmal lack of even basic physics education, leading to large swaths of the population questioning the reality of CO2 -induced climate change and even whether the amount  of CO2 is increasing. In many cases, students are unable to even correctly describe the workings of a greenhouse, far less appreciate or process the "Greenhouse effect". And if they can't meet that threshold, how would they begin to understand the runaway Greenhouse effect?

Thus, the new book by David J. Helfand (Columbia University Press) plays a key role in exposing the pitfalls of scientific misinformation  as well as other forms - but also doing this by emphasizing the methods of science.  Thus, Helfand inculcates "habits of mind" which are basically modes of critical thinking in a scientific reasoning sense.

Helfand's book also came to mind when I recently read (Denver Post, Perspective, p. 3D) about an NBA player, Kyrie Irving (Cleveland Cavs), who insists the Earth is flat.   This was in an article by Professor of Psychology Craig A. Foster, who wrote that it is actually much harder to show Irving he is wrong than one might think. As he wrote:

"How does a sane person believe the Earth is flat?  To begin, this person is convinced by others that the Earth is flat. Humans characteristically dislike being wrong, so subsequent challenges to this belief are interpreted in a confirmatory manner. Individuals can address evidence of a round Earth with ad hoc hypotheses that are easily obtained from other flat Earthers. The curve of the horizon is caused by undulations in the flat Earth. Circumnavigation is just traveling in a circle. Each of these counterarguments further embeds the individual in the flat Earth view.

Finally, if the evidence becomes too condemning, one can summon a conspiracy theory that is impossible to debunk. Photographs from space are part of a NASA conspiracy. NASA maintains this conspiracy using money siphoned from the space budget to hide the faked moon landing.

These arguments seem “crazy” to those who believe the Earth is a globe, but people routinely fall victim to fundamentally similar thinking in other scientific domains. The evidence for man-made climate change can be attributed to natural temperature cycles, Science’s inability to detect the vaccination-autism link is due to the subtlety of the effect."

These points are all valid but got me thinking how, indeed, one would convince Irving that his belief is based on a false perception or misinformation.  How, in other words, could one convince him  without Kyrie offering a snarky comeback or testy rationalization? (Somewhat analogous to the climate denier's: "Well, Mars has global warming too! Big deal!")

The first thing that came to mind is using a good telescope to have him confront the multifold evidence of sphericity for all the planets as well as most of the moons, in the solar system. I would let him observe assorted objects such as the Moon, Jupiter etc.  For example, in the Celestron telescope with  which I carried out my sunspot study Irving would observe Jupiter like this:

Does it appear flat or round? Obviously it isn't flat - though he may try to argue it's "flat like a pancake". In that case you get him to stick around to observe as the planet turns on its axis, rotating to bring newer features into view. A 'pancake" can't rotate like that!  (I.e. sequential 'round' planes are visible with differing features.)

Our nearest neighbor the moon is also round. Why would it be round (spherical) and not the Earth? 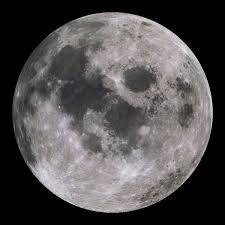 Then, of course, there is also the Sun, which he could observe through a solar filter like the one I employed for my spot-flare investigations.

Why is the Sun not flat?

Ultimately, after showing him more examples as well (Saturn, Venus, Mars etc.) he would have to account for why Earth is the exception and the other bodies are all spherical.

Then there is the classic proof for a flat Earther! Letting him observe an eclipse of the Moon. Thus, he would observe the Earth's shadow moving across the lunar surface, and yes - it is rounded, e.g.

If the Earth is flat, then why would it cast a rounded shadow on the Moon's surface?

Of course, let us admit that when dealing with a rationalizing  irrationalist there are always an indefinite number of responses he might proffer that avoid admitting he is wrong. Such is the power of the human mind to be 'wrong and strong'  And let's admit a lot of this is instilled by the 'pop off'  culture we inhabit  (much inspired by talk radio) where every wise guy has an opinion that may not be matched with knowledge.

It is also this culture which inveighs against science, especially in critical areas like climate change. And as Foster declares (ibid.) the "flat Earth" syndrome, if we are not alert and aware,  could morph into a much wider opposition to science than we see now.

"People and politicians frequently undermine science and science journalism by arguing that these groups are plagued with self-interest and deception. By doing so, the psychological discomfort that might accompany being wrong can be wiped away. One only has to buy into a conspiracy that explains contradictory evidence and then communicate with like-minded people or news sources."

Still, I surmise that using the methods I outlined above, it would at least be very difficult for Irving to squirm out of admitting the Earth is spherical, not flat. I'm not saying he couldn't come up with some codswallop (since climate change deniers always appear able to ) but the sphericity of Earth is on a lot more deterministic ground.

Finally, given he'd have to have flown on planes at one time or other, I'd ask how he would explain the airlines taking a great circle route, say to get to Hong Kong. e. g. Why take that particular route? Well, because for a spherical geometry it is the shortest route between two points - so it saves fuel and time!  If he had the time (and math background) I'd even show him how to calculate the distance between two locations on Earth - say Barbados to Bristol, England, using spherical trigonometry, e.g.

This is all one needs to use the spherical triangle formula to arrive at the distance (taking into account the circumference value of 24,901 mi.). This is left as a problem for ambitious readers.

Therefore,  one can ask:  how could I use spherical trig for a flat Earth and get the correct distance? Five will get you ten he'd have no answer. If he does it will likely be rationalized bollocks, like "you just fudged the numbers and besides how do you know that's the right distance anyway?"

I suggest if Irving finds ways around all these strategies then it is likely because he lacks exposure to the scientific frame of mind and process itself. (The core of Helfand's book). Either way, it ought to prompt all of us invested in science and reality to be prepared for a future when most of our fellow citizens may come under the shadow of scientific misinformation. Prof. Foster's ending words are especially timely now with the EPA etc being dismantled by the Trumpites. This means scientists can't sit back with noses in their research only - they must speak out against balderdash. The reason is that as it encroaches and pollutes the public mind there is ever greater risk of losing research funds. To quote Foster again:

1) Work out the distance from Barbados to Bristol using the spherical trig formula. (You can round off values to the nearest tenth.)

2) Describe another way you might try to convince Kyrie Irving that the Earth is spherical.
Posted by Copernicus at 8:13 AM