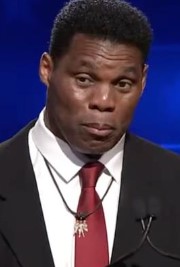 "By encouraging Walker to run for the Senate and endorsing him in the Republican primary, Trump reminded the world of his contempt for American government and American ideals. One hot mess is as good as the next when it comes to burning down the GOP and replacing it with a cult of Trump."-  David von Drehle, 'The Tragedy of Herschel Walker', Washington Post today.

The Georgia runoff is now history as the nation narrowly averted a political train wreck with a hand-picked Trump toady (Herschel Walker).   But Sen. Raphael Warnock pulled it out,  holding onto his Senate seat while the Dems increased their majority to 51-49.  The Associated Press called the race for Sen. Warnock last night at about 8:30 pm. our time.  With 96% of the vote counted, Warnock had 50.8% to 49.2% for Walker.  That Sen. Warnock even had to face a runoff with Walker was an abomination, with the runoff itself a carryover from the Jim Crow era South.  (In Georgia it was believed the imposition of a runoff election could prevent any remotely qualified black candidate from gaining office by being bested by a white opponent.)

For Senate Dems it’s impossible to over emphasize the importance of getting a 51-49 majority. For one thing, it means Democrats will have control of each Senate committee (by 1 vote)  outright and will no longer have to adhere to a power-sharing agreement with the GOP. This means many more judicial nominees being confirmed without endless delays in committee.

In addition, with the chamber split 50-50, the two parties had been operating under a power-sharing agreement, which prevented Democrats from issuing subpoenas without GOP support.  Most critically, the 51 member majority will now allow Dem committee chairmen to be able to issue subpoenas and provide a counterbalance to a GOP-led House, which plans aggressive investigations of President Biden, his family and administration.  Together with DOJ- appointed special counsel Jack Smith - already issuing his own subpoenas in his investigation of Trump, i.e.

this ought to keep the Reepo hounds at bay in their bogus investigations and spurious subpoenas. For one thing, the ability of Senate Democrats to mount their own investigations will allow them to counterpunch the crazed Reepo House in any investigatory hijinks. (Think of the Dem Senate laying a subpoena on Jim Jordan for secret communications with Trump during the January 6th insurrection.)   Thus, the newly attained subpoena power (thanks to a clear Senate majority) is going to be critical, especially as the House goes into overdrive on investigations.  In the words of Sen. Chris Van Hollen, Democrat of Maryland. “It will provide some check and balance.”

Lastly, having 51 members gives the Dems more flexibility, so they aren't limited by one Senator's objections or issues. Further, if one Senator has to miss a vote, say because of illness (like I had with RSV) it doesn't mean things grind to a halt.

Truthfully, the very closeness of the end result irritated us majorly. By all standards of rational voting, Warnock ought to have blown out Walker by 80% to 20% at least.    But too many Georgians - mainly white rural crackers -  were determined to try to do Trump's bidding and inject an unqualified mutt into the Senate, instead of a man of decency and intellect. According to one female cracker (interviewed on NBC News the day of runoff): "At least with Walker we know there will be less done so less damage he can wreak."

So being a Senator is all about doing the minimum, Missy? Where, exactly, do you keep your brains? Uh, don't answer, I already know.

As I wrote in my earlier (Nov. 14th) post on the runoff, Herschel Walker was perhaps the most unfit, unqualified Senate candidate since child abuser Roy Moore  contended in an Alabama Senate runoff  in 2017.   Walker's lack of character - as well as intelligence - was an insult to all African-Americans in Georgia - as well as the U.S.  Chris Hayes guest on Monday  (Jelani Cobb of the New Yorker) told Hayes the black voters he encountered on the streets of Atlanta were so infuriated that Walker was dangled before them as a respectable option, they were determined to come out in their numbers for Raphael Warnock. And they did, with the last batch of votes in from Dekalb country sealing Walker’s miserable fate.

Indeed, no better excoriation of this imp had been delivered than from the Rev. Jamal Bryant:

By all standards, Walker was better suited to run a dog pound than to sully the Senate chamber with his presence.  I mean, seriously, asking prospective voters if it was better to be a werewolf or a vampire?  As Obama pointedly noted when he appeared with Sen. Warnock a few days ago, "That's something a seven-year-old would debate."

At the same time it is possible that Warnock's victory also was likely fed by peeling off just enough conservative moderates in key counties, such as Cobb, Cherokee etc.  As Steve Kornacki  (on MSNBC) went through the marginal differences from November's midterms, it was clear Warnock was collecting advantages in the 1.4 %- 2.5% range from a set of deep red counties. Was Trump's recent remark about "terminating the Constitution" responsible for the peel off? Quite possibly.  It is clear the orange maggot pretender and serial loser doesn't know when to keep his yap shut.

In the meantime, the question being asked is whether Reeps have finally learned their lesson not to slavishly follow Trump. The jury is still out on that one, but I suppose one can at least remind the GOP of Einstein's old definition of insanity, i.e. repeating the same thing over and over and expecting a different result each time - but not getting one. 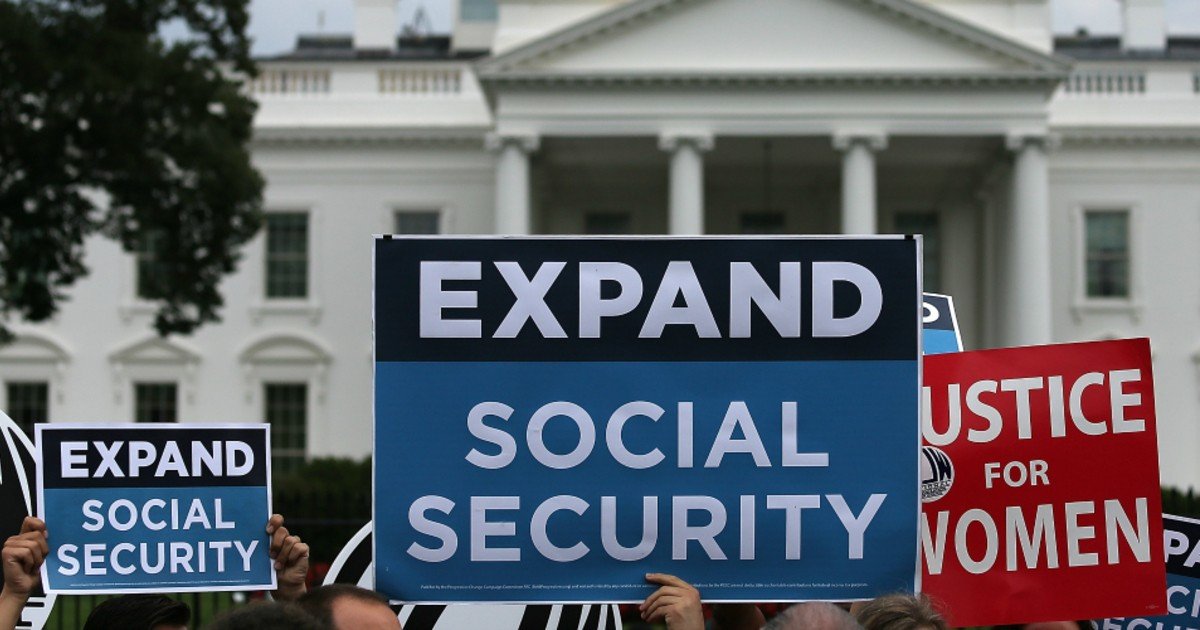 Social Security was on the ballot in Georgia's December 6 run-off election.

It's bad news for the Wall Street-backed politicians who are determined to reach into our pockets and steal our hard earned benefits.

Defeated Republican nominee Herschel Walker proudly campaigned with and took money from Senator Rick Scott (R-FL), the author of a plan that would put Social Security on the chopping block every five years.

The tragedy of Herschel Walker 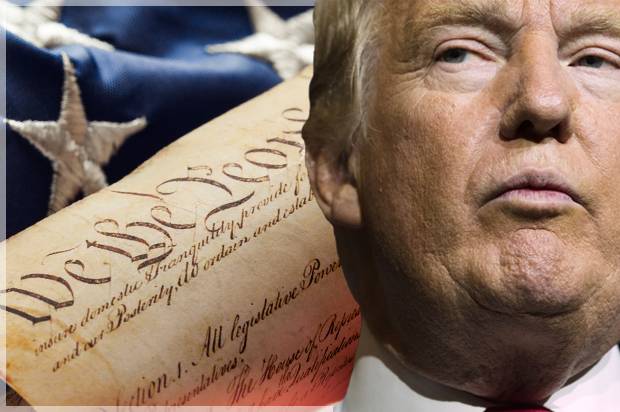 Last weekend, the criminal former president got his groove back. He said that the US Constitution ought to be terminated. No, really.

“A Massive Fraud of this type and magnitude,” Donald Trump wrote, “allows for the termination of all rules, regulations, and articles, even those found in the Constitution. Our great ‘Founders’ did not want, and would not condone, False & Fraudulent Elections!”

This is nothing but sour grapes, yet Trump’s critics couldn’t help themselves. That says more about them than it does Trump, and that’s good information

2022 Elections
The REAL Significance of Today’s Runoff in Georgia 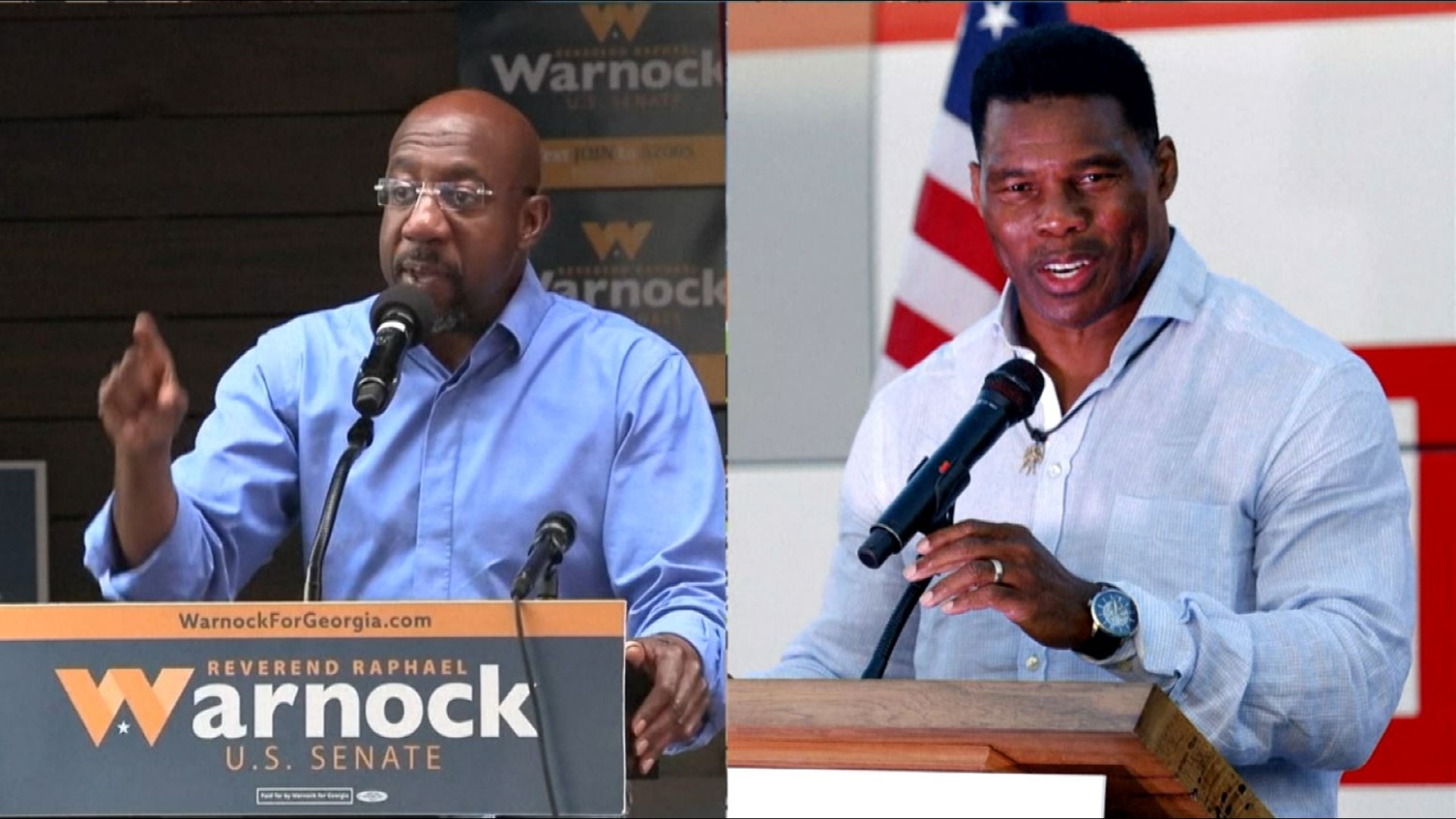 If Raphael Warnock wins today’s senate runoff in Georgia, as appears likely, Senate Democrats will gain a 51-49 majority -- providing them some insurance in the event that Arizona voters boot out Kyrsten Sinema in 2024, while at the same time reducing the power of West Virginia Democrat Joe Manchin to control the Democrat’s agenda.

In other words: A win-win.

A Warnock victory could prove an even bigger Democratic win. That's because the biggest loser won’t be Republican Herschel Walker. It will be Donald Trump.

Donald Trump Is . . . the Terminator?