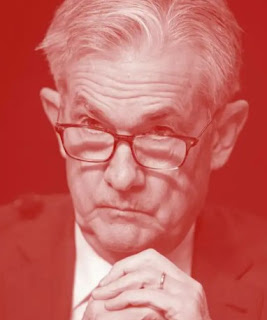 It's now on Jay Powell to be the adult in the room at Fed Meeting.

"That we Americans allot the richest rewards of our economy to speculators, is a question of mores; that we allow one-sixth of our fellow citizens to be ill-housed, ill-clad, and ill-nourished is a question of morals. That we shrink from our problems instead of attacking them with eagerness, generosity and hope is a question of morale. The questions are obviously interrelated." - George P. Brockway, in 'The End of Economic Man - Principles of Any Future Economics', p. 86.

Megan Naquin, quoted in a WSJ piece yesterday (Food Prices Are Getting To People ,  p. A11) said she now spends more on groceries for her family of eight than on her $1,500 monthly mortgage.  In her own words:

Meanwhile, we learn that when asked about her recent grocery trip,  single mom Jamaica Bonvillian teared up and blurted out: "I just get to the point where I break down and I’m like, ‘OK, how do I do it?"

This is the case now given:

"Grocery prices were 13.5% higher in August compared with a year earlier, according to the Bureau of Labor Statistics. That is the biggest 12-month jump since March 1979. With no relief in sight, many consumers say they are struggling to keep up."

This inflation 'cliff' - with millions at their wits' end trying to figure out how to cope - is why Federal Reserve Chairman Jay Powell needs to stand firm today and deliver a 1 percent interest rate hike.

The markets, we are informed “don’t like it”.  Why not? Hell’s bells, the Fed has been feeding Wall Street cheap money for over ten years now. Thus, Wall Street's speculators ('margin' aficionados)  have been slow to come around to the Fed’s new posture, because it is at odds with how the Fed has acted for years.  Why would these cheap money crack heads expect anything different?

Recall up to the late fall of 2019 the Fed was actually considering negative interest rates.  All these low rates have done is acted as a sop to feed he coffers of the stock market and investor class. Actually pumping the DOW, as well as NASDAQ, into the upper stratosphere – at the expense of the regular savers still trying to get 0.1% yield on bank savings accounts.  (The interest earned on our last Wells Fargo statement for the last quarter was a whopping 8 cents. And that is based not on a 'chicken feed' amount of $.)

"Well, why doncha get in the stock market then, dummy?"

No, and we shouldn't have to! That is, risk our life savings on the volatility and vagaries of the markets.  Nor should we have to chase yield in other risky investments just to try to keep up, nor should any other American.  The whole issue now is that our economy is out of whack because too much has been surrendered to the speculators.  In addition, these twerps have accumulated a lot of their gains based on debt, or the use of leverage and excessive borrowing.    This was all highlighted in a Financial Times piece from April, 2018 ( 'IMF Sounds Alarm On Excessive Global Borrowing') where we read:

"The world's $164 trillion debt pile is bigger than at the height of the financial crisis a decade ago, the IMF has warned, sounding the alarm on excessive global borrowing.  The fund said the private and public sectors urgently need to cut debt levels to improve the resilience of the global economy, and provide greater firefighting ability it things go wrong."

So the warning alarms were being sounded about the markets' irrational exuberance even then.  But who was listening? Not Powell and the Fed, who kept happily going on with the near zero interest rate environment which was like putting Wall Street on crack.

Thankfully, Jay Powell and the Fed seem to have come to their senses and grasp that some powerful medicine is needed to get current inflation under control (The Fed and Inflation  (WSJ p. A1). Fed Chair Jay Powell, in a recent confab in Jackson Hole, WY,  cited the example of former Fed chairman Paul Volcker, who drove the economy into a deep hole in the early 1980s with punishing rate increases to break the back of double-digit price gains.  In Powell's words,  invoking the title of Mr. Volcker’s 2018 autobiography, “Keeping At It.”:

“We must keep at it until the job is done,”

This begs the question of how much of a short-term interest rate hike should be formalized today, at the Fed's meeting.  Let's grasp that the Fed has two mandates: full employment and stable prices.  Officials define the latter with a formal 2% inflation target. For most of the past two decades the Fed could focus on full employment because inflation seldom deviated much from 2%. Today, though, with inflation at 8.3%,  that deviation is past 6 percent, meaning the Fed has lots of ground to make up.  Even with the Fed's recent rate hikes, however, it is still trailing the inflation rate.  This isn't good enough and is why I believe the Fed needs to raise rates by a full one percent, not 3/4 % as the pundits suggest.

There is logic and reason behind this, despite the fact nervous Nellies will fear a recession.  That is, the Fed postponed proportionate response for so long that it now needs to make up for the lost time (and lost interest hikes)  or see inflation soar past 9%.  I realize people are already squawking about borrowing costs and their rising mortgages but what's worse, paying a bit more on the monthly mortgage or having your money become near worthless thanks to soaring inflation?

Besides, someone has to feel the pain and now it's the borrowers' turn. We at the low end of the interest and savings curve felt it for years, as we watched the DOW soar to over 30,000 thanks to cheap money spurred on by near zero rates  and our own saving stagnate.  The markets profiting handsomely at our (savers) expense.

If Jay Powell is going to emulate Paul Volcker then he needs to act the way Volcker would in this same situation.  Volcker would raise the rate by 1% not only today, but have two more successive 1 percent rate hikes before year's end.  But how serious is Jerome Powell?  According to the front page WSJ piece, "Powell has stopped talking about a so-called soft landing, in which the Fed slows growth enough to bring down inflation without causing a recession. Instead, he has framed the Fed’s objective of bringing down high prices as an “unconditional".

“If unemployment were to stay under, say, 5%, I think we could really be aggressive on inflation."

Then given current unemployment is under 5 % - NOW - this is the time to raise rates aggressively to try to catch up to inflation.  It is absolutely not the time to snooze or be excessively at the mercy of the 3/4 point pundits!

Economists basically expect Fed officials to forecast that their key rate could go as high as 4% by the end of this year.  This is not enough given how much havoc inflation is still wreaking.  The end target for the year  ought to be at least 5 percent. Forget "soft landings", there are too many Americans still suffering hard ones right now. 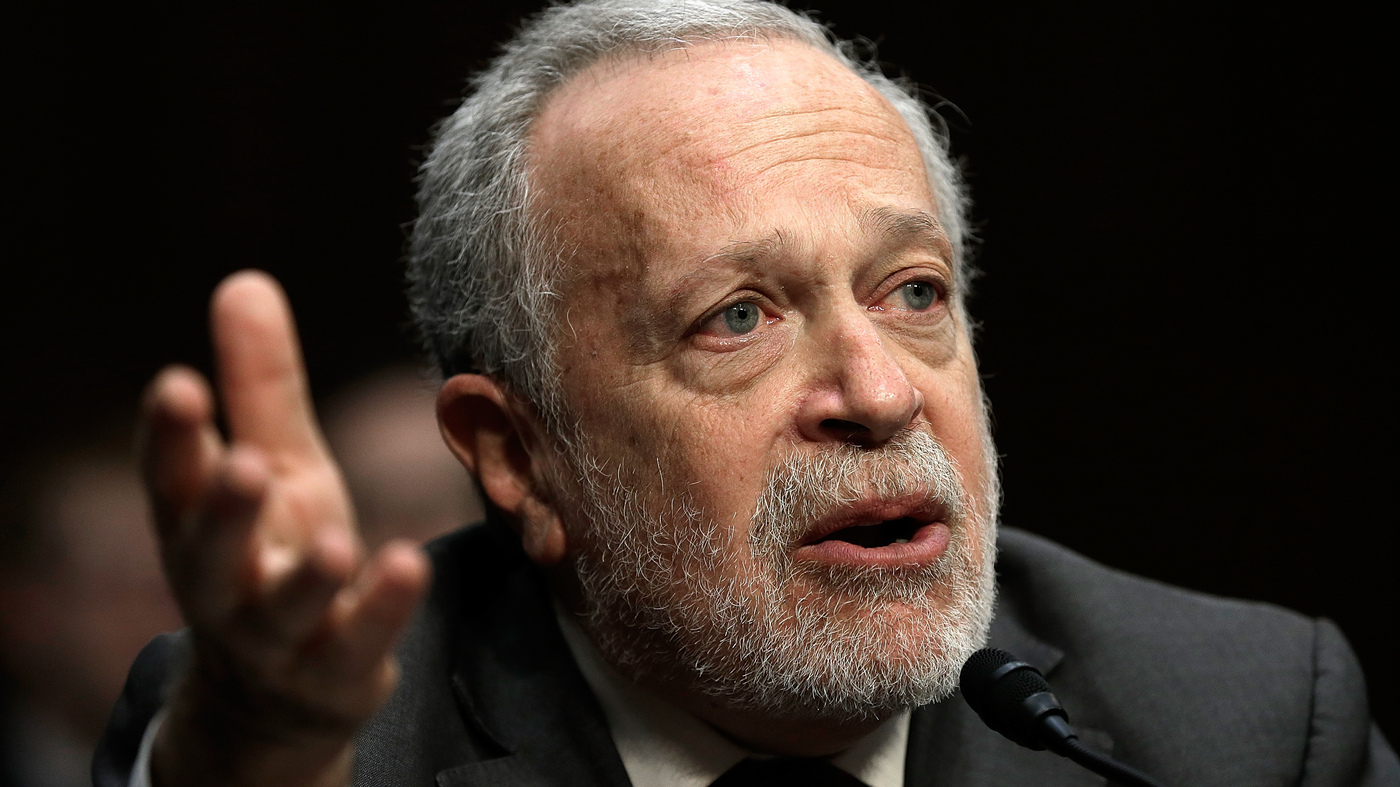 Posted by Copernicus at 6:06 AM