First Clue: Toad Venom Crystals Do NOT A "God Molecule" Make - And Certainly Not For A "Religious Experience" 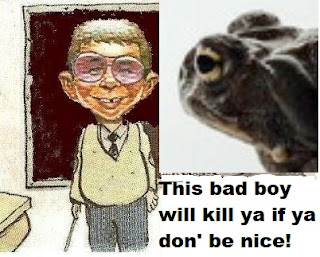 Back in the day, many Boomers sought a brief high either sniffing gasoline fumes or airplane cement - freshly squeezed while building an airplane model (Revell kit).  If mom or dad popped in the room and asked: "What is that odor, like a chemical?" the smart kid just held up the partially completed model - usually a German Messerschmidt, Japanese Zero or Russian MIG-15- and then the model cement used to put it together.  No biggie.

Ultimately, eventually, we matured and didn't need artificial (or natural) substances to get a high or detach from reality. We found it (many of us) in the dedication of energy to some purpose or project outside ourselves. For me it was astronomy, spurred on after receiving a brand new Tasco  2.4" refracting telescope for a Xmas gift in 1960.

Nowadays, many seem to recognize the inherent risk in unregulated foreign-sourced fentanyl, synthetic MJ, acid (LSD) or speed - and that includes many of the younger and older generations. Now, they are going to a more natural high (apart from shrooms) and are reaching for the venom of a rare toad - the Sonoran Desert Toad.  One of the largest toads native to North America and remarkably long-lived with a life span reaching 20 years, it hibernates underground for most of the year, resurfacing to breed around the summer monsoon rains.  Herpetologists say the toad seems to have adapted to human-modified landscapes like irrigation ditches, suburban yards and water tanks on cattle ranches.

Evidently, from recent news reports (LA Times) the standard method to achieve a high - like in obscure rituals-  is to grab one of the little beasties then scare it-  or threaten it in some way.  The goal being to entice it to expel venom which can then be used after conversion to crystal form.  Toad "crackheads" meanwhile have labeled the venomous crystals "Five" or "Bufo"  (the generic Latin for Toad ) -  after the amphibian’s former scientific name, Bufo alvarius.  It has since been renamed Incilius alvarius, maybe to try to change the meme.

When the toad is threatened, it excretes toxins strong enough to kill full-grown dogs. A substance found in these toxins, 5-MeODMT, can then be dried into crystals and smoked in a pipe, producing an intense experience.  This experience sometimes  lasts 15-30 minutes and is in contrast to other psychedelic substances  (like LSD) that can involve hours of hallucinating and vomiting.  The 'buzz' from the fix is said to be "unreal" and in combination with the downsides of other hallucinogens deludes too many into believing the toad crack is benign.  It emphatically isn't.

Five-MeO-DMT remains effectively illegal in the United States, where it is classified as a Schedule 1 substance. But while many users opt to attend retreats in Mexico, where it is legal, ceremonies are also taking place in the U.S., where law enforcement agencies are largely tolerating its growing popularity.  This is not necessarily a good idea and may derive from the fact that the laws on the books simply haven't caught up to how it's being processed and imbibed.

For one thing the dried, smoked form can still cause convulsions - many instances of which have been posted in the press and on social media.  E.g. 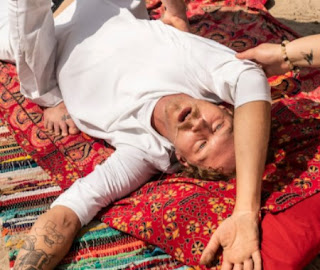 These "ritual" users also risk a horrifically bad death if they happen to be allergic to the venom in whatever form.  A photographer died in one episode in Spain in 2020 after smoking the venom. At some retreats, operators have paramedics on standby to help people who might have negative reactions.   But even that may not help if the person is highly allergic. In addition, motorists already kill many of the toads, and predators such as raccoons also target them.   There is then a good case foe naturalists and environmentalist to make the critter a protected species.

Alas, in many cases the blame can be put in Tik-Tokkers and others who are trying to spread the toad crack memes.  That includes celebrities from Chelsea Handler to Joe Rogan who have bragged about smoking the venom and claiming mind expansion afterward.   Thanks to these misguided fools interest in toad crack is climbing, with users often calling it the “God molecule,” likening its use to a religious experience.  But don't be fooled or lulled into stupidity. No 'God' of any sort can be found in a molecule from an amphibian's venom.  And any experiences derived from it won't be "religious" and are more likely to send users to the same psychotic ends as the QAnon zombies, e.g. 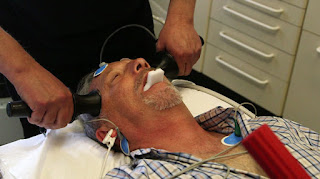 Posted by Copernicus at 6:16 AM