The Democrats managed to keep the House and take the presidency and the Senate when Trumpers everywhere were anticipating "making the libs cry again."  The  realization that 7 million plus more voters preferred "Sleepy" Joe Biden over the deranged orange ape Trump still sticks in their craw. In fact it's given them such political indigestion they've now launched over 250 bills in states across the country to try to limit voting.  They know, in other words, when voting numbers increase they lose.

As one Reeptardo lawyer from AZ told Supreme Court justice Amy Coney Barrett in answer to her question of why more voter disqualification was needed:  "We lose the competitive advantage to the Democrats. It's a zero sum game." i.e. if we can't find ways to control the voter turnout we'll always be on the losing end to the Democrats.  Boo hoo and hoo.

Why is this?  Basically because the Reeps have no inclination to govern, only to obstruct and most voters know it. They know if Trump and the Reeps were in control of the government again they wouldn't see a red cent for any Covid relief.  They could as well pound sand.

Given all this it's no surprise at all that Reepo-Right wing blowback has run amuck with these insane voter suppression laws and that is why we see the reactionary media flaying the whole idea of a new law (H.R. 1) to try to establish unified federal voting standards and eliminate suppression.

"If you thought the 2020 election ran like a finely oiled machine, you'll love what Democrats plan next.  The Senate and House reserved their first bills, H.R. 1and S.1, for voting changes that would make mail balloting in a plague year seem buttoned up. ... H.R. 1 is packed with provisions that would federalize election rules to dubious result, unsettle long standing practices and security measures local officials think prudent, undermine public confidence and increase the number of contested outcomes."

Yadda, yadda, blarney.  All of which comes down to one summation: "H.R.1 would unsettle all the carefully constructed voter suppression provisions that have been in place since the Supreme Court took the heart out of the 1965 Voting Rights Act."

For reference, House Democrats just  passed legislation to expand voter participation and curb the role of big campaign donors over the objections of Republicans, who claimed the measure would weaken safeguards and spur mistrust in elections.  In fact, the safeguards are already in effect, and even Trump's top cyber security chief (Chris Krebs)  admitted the 2020 general election was "one of the most secure ever."  So what is the WSJ bitching about? It's bitching about  more democracy and fewer chances for endless minority tyranny.

The Journal grouses about mail balloting, for example, and having this "plague year" system "buttoned up" as part of the electoral process - but so what?  We in Colorado have used mail voting as our main system since 2012 and it does work like a well -oiled machine.  E.g.

Plus it is one of the safest, most secure methods of voting,  while enabling more citizens to participate.  Isn't that what democracy is about, after all?   Thus, H.R. 1 is fully logical in its objective to make permanent the widespread mail-in voting that was common in last year’s elections, requiring states to offer online and same-day voter registration as well as 15 days of early voting nationwide. It would also mandate the creation of independent commissions to draw voting districts in each state to end gerrymandering.

All of which is sensible and which no sane person could object to, unless one of a party of sore losers, grudge holders and vengeful assholes - who aren't interested in governance and election integrity - only wielding raw power.   As for the last, recall the biggest liar president in U.S. history - Trump- painted a target on the bill at CPAC when he belched: "This monster must be stopped! It cannot be allowed to pass!"

It is also interesting that all the primary Repuke seditionists who tried to overturn the 2020 election - like Steve Scalise-  came out against this bill. That alone should be sufficient basis to see that it is needed to rectify the hodge-podge existing electoral system tilted toward voter suppression and minority rule.

Instead H.R. 1 seeks to level the playing field for free and fair elections.   It also - to the chagrin of Repuke wheelers and dealers - increased transparency in respect to campaign finance laws.  But most critically, the bill provides a wide range of uniform measures in federal elections that will increase access to the ballot box. This includes expanded voter registration opportunities such as: automatic voter registration, same day registration, online registration, expanded mail voting and the restoration of voting rights to those formerly incarcerated.  All of these ought to be celebrated by a genuine citizen and patriot, not attacked or made the target of suppression.

To the WSJ's claim of undermining voting security measures, the editors either don't know or don't care that the bill also includes voter- verified paper trail systems and - most critically - prohibits the dissemination of false information or disinformation.  This is absolutely critical given the role Trump's execrable lies played in inciting the January 6th insurrection.

Again, only a stone-cold tyrant or fascist would be against this bill, given its gold standard for the electoral process - finally addressing the myriad vulnerabilities that have been revealed. And especially having more Americans participate.  For decades the miserably low voter participation rates have been a source of shame for this nation, and now ...what?  The reactionary Right wants to make them worse under the pretext of more "security"?    This is outlandish nonsense.

Now, it is true that slaying the filibuster will be needed to get this bill passed and we already know the two "moderate" Senators - Joe Manchin and Krysten Sinema- have vowed not to do this. Well, the strategy then must be for Biden to ask them what kind of Senators they really are: Old time segregationists like the deplorable Dixiecrats, or 'for the people' real Dems.  Shame the pair into submission, and remind them also the filibuster is a carryover from the Jim Crow era.   The bill needs desperately to be passed, or the Dems may find themselves in the political wilderness for decades.

At the very least, Senate Dems need to change the filibuster rules to revert back to the olden days- where those filibustering had to stand for hours or days and yap on. They wanted to block a bill? Fine. Then put on your Depends and bring out your Bible or phone book and begin reading while standing for hours and hours and hours.  No more phoning in the "intent" to filibuster and calling it a day!

Republicans’ rhetoric on H.R. 1 is apocalyptic. Are they that afraid of democracy? 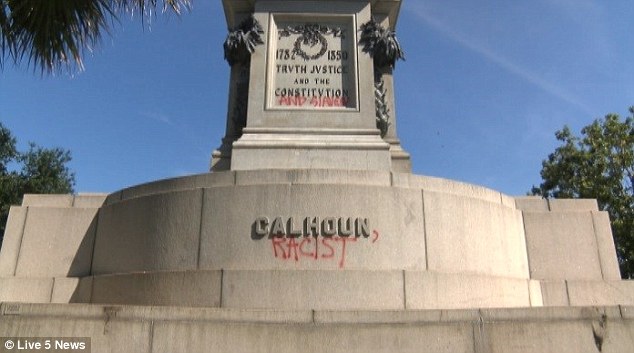 It’s time to end the filibuster and bring democracy to the U.S. Senate.

The filibuster was invented by “the Grandfather of the Confederacy” John C. Calhoun, and its only purpose is to block legislation that otherwise has broad popular support but is opposed by racists and big corporate special interest groups.

It’s not even in the Constitution; the Founders were horrified by the thought of such a thing, because it allows a 2/5ths minority of senators to block any action by the senate majority.

Posted by Copernicus at 9:01 AM