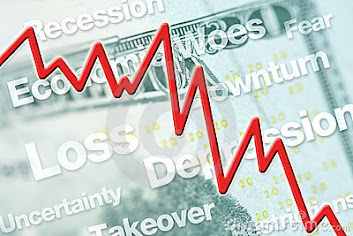 Wall Street and Neoliberal pundits are again beginning to fret about the prospect of rising inflation.  The primary concern is of too great an infusion of money (via the 'American Rescue'  bill) fueling a frenzy of pent up spending and uncontrolled inflation -  as recently expressed by Steve Rattner ('Too Many Smart People Are Being Too Dismissive of Inflation',NY Times, 3/ 6) in which he wrote:

"Fears were overblown for years. But let’s not be blasé about how hard it could be to halt high prices if they haunt us again.

People have already received more than $4 trillion in boosts from Washington. According to several estimates, the measure’s spending far exceeds the extent of the shortfall in economic output caused by the pandemic.

And let’s not forget the effects of easy money from our central bank. The Federal Reserve, which has driven short-term interest rates to near zero, has also injected more money into the economy in the past year than it did fighting the Great Recession in 2008.

It’s true that, with the benefit of hindsight, we did too little to address that recession. But we are in serious danger of overreacting to this one.

Now that the Covid-19 vaccination campaign has picked up, consumers are set to unleash trillions of dollars in excess savings this spring and throughout the rest of the year. Estimates suggest that in the aggregate, U.S. families saved $1.6 trillion more this year than they normally would have. This large amount of “dry powder” was goosed by a combination of less spending in general and households that held on to the money from direct government checks."

Rattner's primary worry is that the new $1.9 trillion Covid relief package  is :dry powder that may "explode" into a new spending spree triggering a new round of inflation.  He worries we may not be able to control it.  He needn't have worried his little head.

First, the households that have held their spending at bay and stored, saved most of it have been from the upper quintile.  There was no place to go to, no movies, or restaurants etc. open and flying was a drag- so they held onto their $$$.   BUT this is not the behavior of the 17 million lower wage workers,  most of whom remain either unemployed or part time employed - with bills still piling up and in desperate need of relief.

As noted in yesterday's Denver Post (p. B1), for this group. "hunger has soared,  few know where the next rent money will come from. Half the parents cannot afford diapers and three fourths need to avail themselves of free food banks to survive."    In Colorado, according to one Boulder case worker, "these people need help just to keep warm and stay alive."  In her experience there just isn't enough money, or food aid, or rent support or housing to go around.  Nor does incremental, federal spending package relief help much given it's all temporary and the Congressional Budget Office sees no real economic relief for the low wage workers until 2024 (As noted on '60 Minutes' last night).

In other words, each of those $1400 inputs will be quickly spent - on food, meds, back rent, keeping utilities on.  Nor will any of these give rise to inflation because the Fed does not count any of them as part of core inflation.  As the  Fed chairman Ben Bernanke once infamously put it:  "Those are shelter costs, just made-up numbers."

What he really meant was that these inputs were simply too variable, too volatile to be included in a core inflation ensemble.   But in terms of Steve Rattner's worries, here's the deal - nearly all the free fast spending money will be from the lower economic strata - those "just trying to keep warm and stay alive"  - which will not move inflation one thousandth of a basis point.

Meanwhile,  two Dallas  TX seniors - Jim and Cheryl Drayer- with net worth in the millions (featured on page 3E of the Post) will definitely be splurging on a vacay to Maui.   And true, there may well be a million like them, seniors who've been vaccinated and feel safe enough to travel or to buy stuff- but again their contribution to spending will not be hot or long enough to really launch any big inflation.  You can take it to the bank. (And this is even assuming there isn't a 4th COVID death surge by early May- thanks to the spreading variants and the millions of mentally deficient twits who think it's cool to gather by the thousands for spring break - or hold mask burning bonfires.)

Some investors fear that potentially rising interest rates and the threat of inflation might lead the Fed to raise its benchmark short-term rate too quickly and potentially derail the economy. The tame inflation figure in last Friday’s report from the government shows that, so far at least, price increases are mostly mild.  This is despite the quantitative easing to which Rattner referred.

In his Feb. 23rd  testimony to Congress,  Fed Chairman Jerome Powell also downplayed the inflation risk and underscored the economy’s struggles. Layoffs are still high. And 10 million jobs remain lost to the pandemic. That’s a deeper job loss than was inflicted by the Great Recession of 2008-09.

Who is correct?  Rattner and the investor nervous nellies - who are actually more concerned about losing their gazillions of cheap money thanks to near zero interest rates - or Jerome Powell and neutral observers like yours truly?  I would say, without a hint of bias, the latter are more accurate.  Here's why:

The global economy remains in a deflationary hole, with vastly more millions socking away cash than spending it. With no spending the aggregate demand falls to near zero and the specter of deflation haunts the globe - helped by continued near zero interest rates.  Indeed, in Germany now, many banks (e.g. Deutsche Bank) sick and tired of having to handle a flood of excess cash are now charging annual 0.5 % annual docking rates to depositors (cf. WSJ, Business & Finance, March 2, p. B1, 'Negative Rates Push German Banks To Tell Depositors To Pay Or Leave').  This reflects Germany's current effective negative interest rate and it's not peculiar to Germany alone. Other EU nations are also considering negative rates.

I don't know about most Americans, but I'd damned sure  prefer higher inflation - even up to 5 % or so -rather than paying a bank to keep my deposits.  Would the Fed then likely have to raise interest rates?  Yeah, but see then the free ride for borrowers and Wall Street's investors would come to an end and I'd finally be able to earn some interest on my sundry accounts - as opposed to seeing others benefit from free money and next to zero yields on savings accounts, money markets, CDs etc.

As  to the $1.9 trillion package passed on Saturday - by 50-49,  Democrats believe the new measure is desperately needed since economic recovery has effectively petered out.  Indeed it has and more than 10 million unemployed and behind the curve even as many here in Colo. were prepared to join the homeless populations in Denver and Colorado Springs.

Clueless as ever, and equally uncaring, the Republicans claimed such a massive package was no longer needed and the bill is packed with goodies for liberal special interests.  I have news for them: take a peek at all the homeless people in Colorado and elsewhere before you sound off - and oh yeah, pull your heads from out of your asses first.

The 10-year break-even rate, a common marker of investors’ inflation expectations, hovered at about 2.2 per cent last week, reflecting concerns that the  $1.9tn  stimulus package from the Biden administration, paired with continued loose monetary policy from the Federal Reserve, will eventually lead to stronger inflation.  Well, we've bee waiting for almost a year even after $4 trillion has been infused but no sign of inflation yet.

One of the most powerful US bond managers has warned of an inflation “head fake”, where misplaced concerns about a rise in consumer prices cause a jump in bond yields.

The comments by Dan Ivascyn, chief investment officer at Pimco, which has $2.2tn under management, come after long-dated US Treasury yields climbed to their highest level in a year.

The dramatic move reflects expectations of a robust economic recovery, further fiscal stimulus from Joe Biden’s administration and the willingness of the Federal Reserve to tolerate core inflation running above 2 per cent.  As Ivascyn put it in an interview with the FT:

“There is a material risk for the bond market of an inflation head fake.  This could be a powerful recovery, and we have never gone from locking down an economy to opening it back up with this amount of stimulus.”

True, but we've never before had such a slack labor force that will take 3 -4 years to recover and impact aggregate demand along the way. Thus, Pimco expects any inflation pick-up to prove temporary only - with which I can agree.

Bottom line:  Inflation will remain contained because of long-established trends such as technological innovation cutting costs and the weakness of organized labor, not to mention an enormous 10 million plus involuntary surplus labor force - thanks to Covid shutdowns.  Ivascyn again:

“We still see powerful disinflationary trends. After an initial recovery [from the pandemic] there is likely a world of excess capacity,”

I totally, 100 percent concur, all Rattner's jabber to the contrary.

It is hard to overestimate the importance of this measure both for the present moment and as a sign of the direction in which the Democrats in charge of the United States hope to take the nation.

The relief measure is designed to address the dislocations of a pandemic that has, so far, taken more than a half a million American lives and thrown more than 10 million of us out of work.

America currently has a population of about 331 million people. By the end of 2020, more than 83 million Americans were having trouble meeting bills or buying food, and by January 2021, 30 to 40 million Americans were at risk of eviction because they could not make their rent payments. This crisis hit women and people of color the hardest because they tend to work in face-to-face jobs, which did not translate to remote work, and because the loss of childcare drove women out of the workforce. Thirty-nine percent of low-income households saw job losses early in the pandemic.