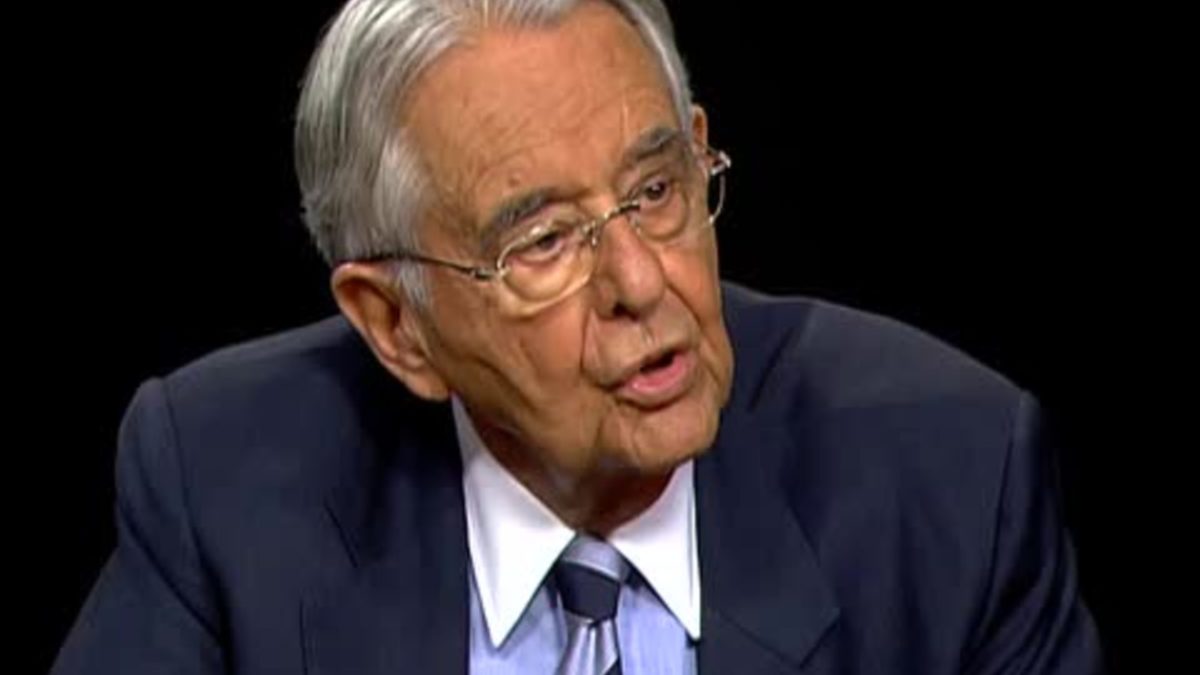 Peter G. Peterson's obit recently appeared in the WSJ.  A reason to be sad? Hell no!

The more than half page obituary of Blackstone Group honcho Peter G. Peterson was interesting only for the amount of  WSJ space it consumed. To read it you'd think this rat was somehow on a par with George Soros in terms of social support and donations. But if you really bought that bill of goods you'd have to either have zero memory of Peterson's efforts to eviscerate social insurance - or been on too much weed.

Recall as long as 5 years ago,  SourceWatch’s PetersonPyramid.org  pointed out that the “Campaign to Fix the Debt” was just the latest effort by Peter G. Peterson and a bunch of his billionaire pals and corporate cronies to chop away at Social Security and Medicare. All that  in the name of fixing America’s “debt problem”.  In a blog post (Jan. 24)  at the time I pointed out that the tragedy was in not getting politicos who ought to know better to castigate  him instead of endorsing  his dastardly efforts.

A number of sources at the time, including smirkingchimp.com, salon.com as well as The New York Times, exposed  Fix the Debt, as  a group of business executives and onetime legislators who had become Washington’s most visible and best-financed advocates for reining in the federal deficit.  These scumballs were exposed when troglydyte Jim McCrery, a former Louisiana congressman, urged lawmakers to "pursue entitlement cuts and tax reform", and was introduced on television as a leader of the hitherto unknown enclave.

Interestingly, McCrery made no mention  of his day job: a lobbyist at Capitol Counsel L.L.C. His clients have included the Alliance for Savings and Investment, a group of large companies pushing to maintain low tax rates on dividend income, and the Win America Campaign, a coalition of multinational corporations that lobbied for a one-time “repatriation holiday” allowing them to move offshore profits back home without paying taxes.

Fix the Debt had succeeded in confecting a "public-spirited, elder-statesman sheen to the cause of deficit reduction" according to the NY Times. Like busy little bees during the 2012  fiscal cliff negotiations,  they set up grass-roots chapters around the country, and even met with President Obama and his aides, while hosting private breakfasts for lawmakers on Capitol Hill.

Obama-  for his part-  seemed to have taken the "entitlement-reduction" Kool Aid to heart, appearing on 'Meet the Press'  on Dec. 30th, 2012,  while most of the country was getting ready for New Year's Eve. Obama strongly indicated he'd have no problem adopting the Chained CPI to reduce Social Security.  Progressives immediately reacted with predictable venom to this concession to billionaire Neolib rat Peterson's machinations.

Another Dem (more like DINO) who appeared bought out was former Pennsylvania Governor Ed Rendell. He had appeared on the (then) MSNBC show  'The Cycle', actually demanding  progressives accept the implementation of the Chained CPI and also extending the Medicare -qualifying age to at least 67 .  Even more liberal rage ensued, and wifey recalls me screaming at the tube, "He’s a Neoliberal FUCK!!"

Wifey concurred but chose the less colorful term 'rat' instead of any f-bombs, acknowledging his frequent appearances on all the most liberal MSNBC shows had duped us.  Rendell, meanwhile, had eagerly begun parroting  Peter G. Peterson's talking points. (Though MSNBC did not identify the former governor as such, Philadelphia magazine  noted that he was a “corporate consigliere for Greenhill & Co investment bank” and the co-chair of “Fix the Debt".)

The saddest aspect to all this is that Peterson's Fix the Debt  front group - by roping in center Right and centrist Dems - further split the Democratic Party leading to the political chasm we saw exposed (between Hillary and Bernie Sanders' supporters) in the 2016 election. That chasm arguably led to the election of Trump given that 16 percent of Sanders' supporters had become so disaffected by Hillary's Neoliberalism (established by her giving talks to Wall Streeters for pay)  that they actually voted for Trump - or Jill Stein. Having opted for political "cholera"  instead of "dysentery" they dragged all the rest of us - who were able to assess relative horrors - into the former, wholesale.

No. Peter G. Peterson will not be missed or mourned. For most of us the response is "Good riddance!"

"That legacy is marked by Pete Peterson’s long war against Social Security and Medicare, his austerity economics, and the false aura of objectivity Peterson used to promote his ideology.

Behind his carefully stage-managed veneer of bipartisanship (his team once tried to get me suspended from a publication for calling him right-wing), Peterson engaged in a decades-long war on the social contract. Programs like Social Security and Medicare were his immediate targets, but his ultimate goal was even broader: He wanted to extinguish the ideal of public goods, and put an end to the notion that certain social programs should be universal.

Peterson took conservative ideas and gave them an undeserved air of truth and neutrality. Politicians who embraced them were more likely to receive a steady flow of high-dollar contributions and gaining entrée to the right salons and alliances."