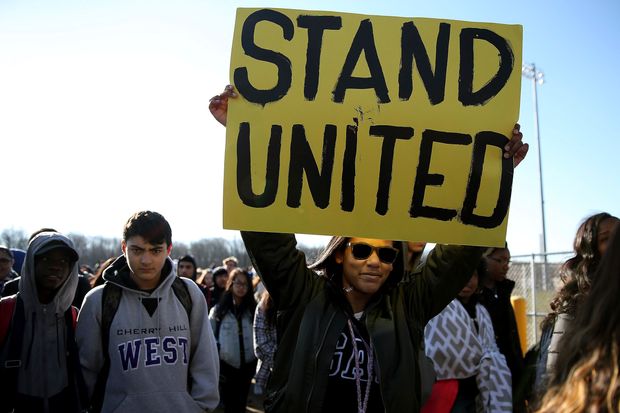 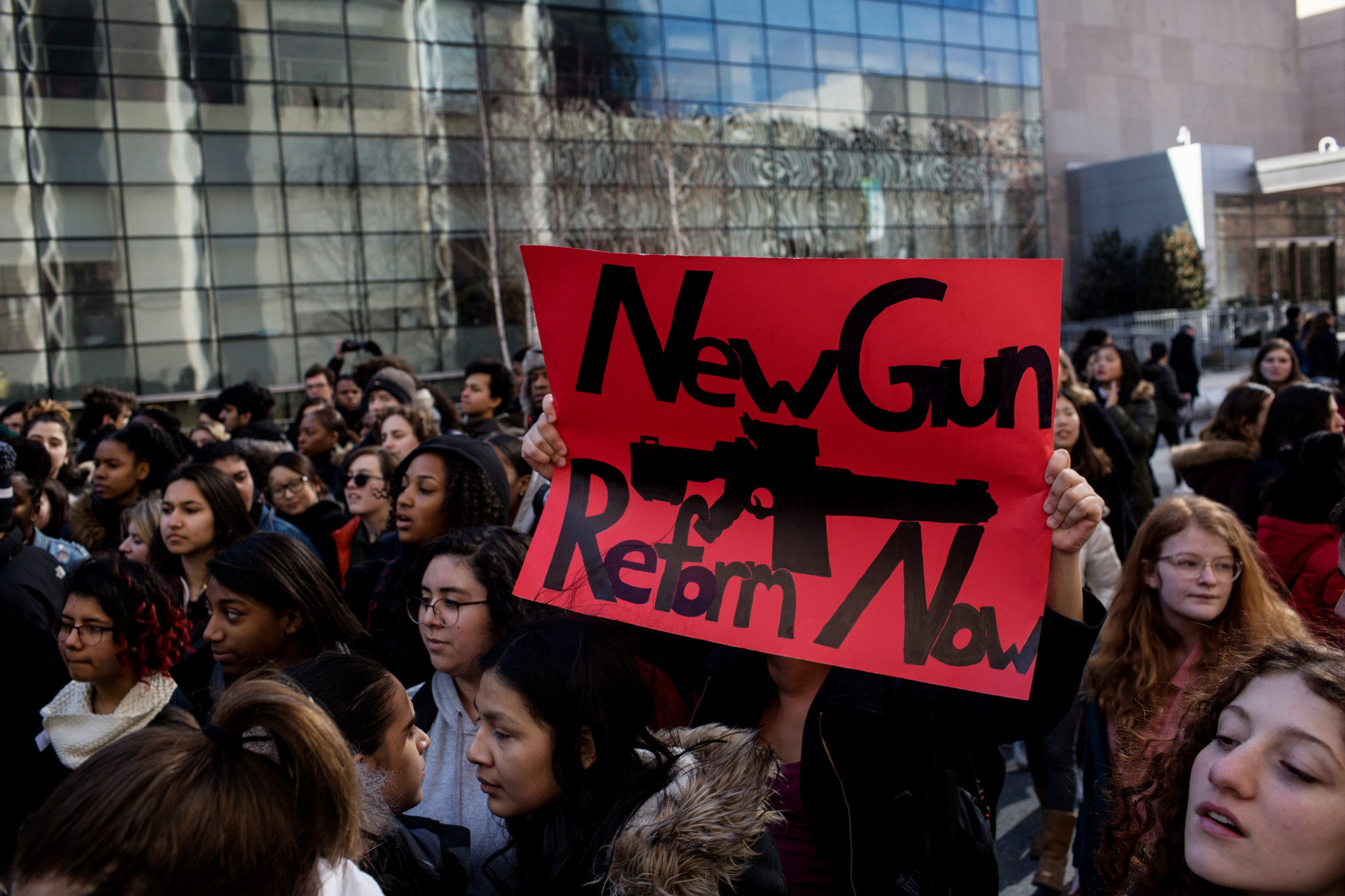 "I'm tired of being scared every time I go to school! We need real laws to protect us from those crazy automatic rifles!" - Student in Chicago, interviewed on MSNBC

The kids have taken to the streets by the hundreds of thousands and are voicing their first amendment rights that the gunnies seem to obsess over whenever anyone challenges their precious AR-15 "rights".  The National School Walkout started at 10 a.m. ET and will continue across the country at 10 a.m. in each time zone. The protest was sparked by last month's school massacre in Parkland, Florida, and fueled by years of anger about what many say are inadequate gun laws.

The students have beheld how lawmakers - nearly all - are in the maw of the NRA and they want to let those congress critters know there will be hell to pay at the voting booth if they don't become changelings.

Boulder High junior Alec Eyl will join thousands of other students across the country today at 10:00 a.m. MDT-  to send a message that gun violence in schools will no longer be tolerated.

Eyl said. “We will have to be taken seriously!  We will no longer be ignored, and when we become the next generation of voters, we will make our voices heard about guns in this country!"

As many as 1,965 schools and organizations across the country are scheduled to participate in Wednesday’s #Enough National School Walkout to End Gun Violence organized by Women’s March Youth, the youth activist wing of the Women’s March group.

The walkout was called to remember the Feb. 14 shooting at Marjory Stoneman Douglas High School in Parkland, Fla., that left 17 dead. The students are asked to walk out of their schools at 10 a.m. and stay outside for 17 minutes, one minute to remember each life lost in the Florida shooting.


Several Colorado schools are scheduled to participate and are doing so with the full knowledge of school officials.


But other hardhead schools and principals, especially in Texas and the deep South, plan to ding any demonstrating students with detentions and absences if they dare to participate. Talk about a way to show 1st amendment rights don't apply to students - oh, and that fascism reigns in Trumpian Amerikka.


My message to these redneck throwbacks: grow up and grow a pair, instead of being snowflakes! What the hell are you so afraid of? Free speech, or that the kids in your state will have some effect in getting your damned Bushmaster .223s under wraps?

Or the least they could do, instead of giving detentions and absences, is what a number of school principals here in Colorado are doing: Reschedule the demonstrations after school hours so there is no disruption of actual classes (there may be some disruption of after school clubs, activities.)


From what I behold on the tube (MSNBC) thus far this a.m. the Parkland shooting could indeed be a “tipping point” when it comes to limiting gun violence in America. This is also according to  a University of Colorado Denver education expert, Carlos Porfirio Hipolito-Delgado. Quoted two days ago in the Denver Post, he said:

“What I am hearing in my classes is that students are frustrated and they don’t feel as safe as they used to."


Today’s  march and another scheduled for March 24th, are thanks largely to the media-savvy students  at Stoneman Douglas who've organized to not only challenged lawmakers in FLA but nationwide.  There is no doubt, not one, that their media confidence  and competence can shine a light on school violence better than past generations,
As Hipolito-Delgado said. “We are seeing these young people in front of the cameras and they are handling themselves well and getting their point across smoothly.”
Meanwhile, the snowflake gun mongers are crying in their brewskies at the prospect these kids will have a huge effect- if not sooner then later- after they secure their voting rights.


“Eloquent young voices, equipped with symbolism and social media savvy, riding a resolve as yet untouched by cynicism,” is how the New York Times described the rallies.


“Hey-hey, ho-ho, the N.R.A. has to go,” students chanted as they marched to the D. C. Capital steps. They were met by members of Congress, the most popular of whom seemed to be Sen. Bernie Sanders.


Stay tuned for at least two more nationwide protests on March 24 and April 20, the anniversary of the Columbine murders, as students continue to gather steam and define their movement."

Posted by Copernicus at 8:35 AM