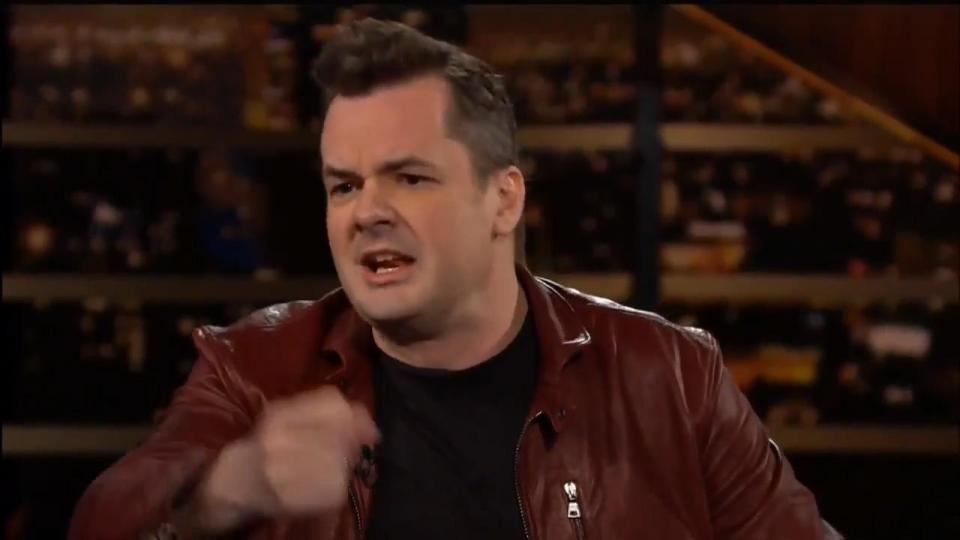 As the hostility between Right and Left continues to mount by orders of magnitude, largely because Trump groupies live in another world of unreality, the efforts continue by assorted media personae to try to normalize the Donald. But he can't be normalized because he isn't normal. He's a fucking brat - a three year old - in a 70 year old's body, e.g. 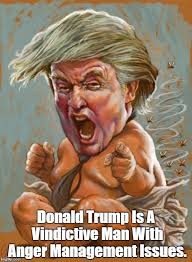 He's  also a loser at his new job, and even bawled that the presidency has turned out to be too much for him to deal with. Too many details, too much stuff to master for an extensive government bureaucracy.  See e.g.


But hey, if the job is too much maybe he ought to resign. It beats wasting time tweeting and watching TV for nine hours a day when you're supposed to be doing the People's business (and that doesn't include pumping wares for Ivanka)

But never mind. Trumpie hacks continue to press the bogus case that the rest of us are "hysterical" in making the analogy of Trump to Hitler. But in a previous post I already showed the extensive personality disorder parallels, in terms of the authoritarian narcissist personality. See e.g.

"The classic example is the genesis of Adolf Hitler, for example,  as documented by Robert Payne in his 'The Life and Death of Adolf Hitler'.     Therein we learn how mercilessly the young Adolf was beaten by his father Alois.  See also:

Alois, himself a narcissist at heart, vented his power  on his boy because he deemed him too needy and dependent on his mother. (A "muttersohnchen" or "mama's boy")

In the case of Trump, we've learned he was making special  "all purpose"  switchblades as a young lad that appalled his parents.  According to one site, "By the age of 13, he became a bit more than his parents could handle. They determined the best avenue for the young Donald was to send him to military school, New York Military Academy".  Without a doubt the young kid felt abandoned and probably unloved.

The effect of such treatments has been spelled out by Harvey Hornstein in his book 'Cruelty & Kindness: A New Look At Altruism and Aggression' (p. 41):

"The baggage of their youth is filled with inescapable hates and fears. Mistrusting their own impulses, they are wary of others and the impulses they might possess. Their world becomes a jungle which must be carefully scrutinized because it is filled with human beings who harbor the 'evil' that they painfully learned to deny in themselves."

Even more germane comparisons can be deduced on reading: "Hitler: The Psychiatric Files"- about which I will have more to write in a forthcoming blog post.

Thus, it was heartening last night to see near the end of Real Time (before 'New Rules')  when Australian Jim Jefferies metaphorically slapped the shit out of Piers Morgan for saying "there was no Muslim Ban".  The two had been relatively civil to each other until then - and after Jefferies first arrived on set- but Piers had been continually saying the Left and rational side needed to "take a chill pill". Maher tried is best to get Morgan to see reality, but we already know when a guy is captured in the Donald's orbit (in this case "The Apprentice") he is unlikely to come out against him.

So it was left to Jim Jefferies to dish out "licks like peas" starting with FUCK OFF!   To see the exchange in full readers can go here and draw their own conclusion.

The choicest response to Morgan's claim Trump was no Hitler, was Jefferies' rejoinder:

"Oh, fuck off. This is what you do, Piers. You say ‘He hasn’t done this, he hasn’t done that, he’s not going to do all these things’. Give him a fucking chance mate – Hitler didn’t kill the Jews on the first day, he worked up to it.”

“You just like that you won The Apprentice and you have a famous friend, mate.”
Said Morgan, noting the crowd’s surprise, “You’re losing your audience because you’re sounding unpleasant…”

“Am I losing you?” Jefferies asked the crowd – he wasn’t – then flipped off Morgan.

Good on Jefferies for keeping things real and not letting Trump PR lackey Morgan get away with trying to make Trump's critics into hysterical banshees. In fact, the takeaway from history is that had the Jews in Germany become more alarmed by Hitler's antics early on, perhaps far fewer might have perished in the gas chambers. Who knows? Our task now is not to let history repeat even with assorted minor permutations, i.e. to enable an Amerikkan Fascist state.