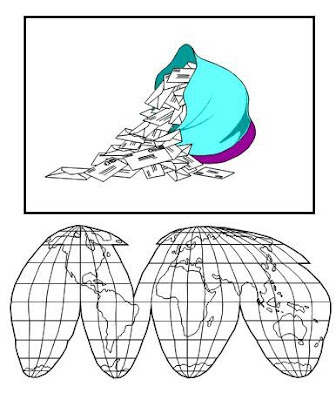 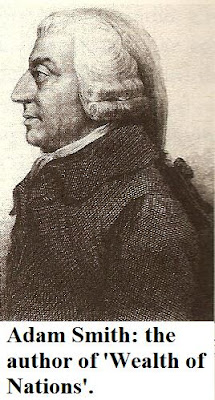 Once more letters-questions from readers, in no particular order, and my answers.

Q. I noticed that you ended the Introduction to Basic Physics series at Radioactivity but I was hoping to see some relativity (special, not general) and a bit of atomic physics, quantum mechanics. Any chance of seeing those in the future?- Caleb Shay, Aurora, CO

A. Not really. For one thing, the atomic physics and quantum physics were covered in at least ten blogs (including problem solutions) last year. Also, one can't legitimately consider them as part of 'basic physics' because of the areas of inquiry and more esoteric basis - such as the Heisenberg Uncertainty Principle, the Correspondence Principle, the Principle of Superposition, quantized energy levels etc.

Much the same applies to relativity, though more to general than special. I am considering including a separate 'Introduction to Special Relativity' series - perhaps by the fall. This will focus exclusively on the special theory and its repercussions. Some of this has actually already been dealt with in several recent blogs under 'Where do people conjure this stuff up?'.

Q. You seem to blame the Republicans (GOP) for a lot of what's going wrong now, even resorting to calling them 'repukes' on many occasions when you write on things political or economic. Isn't this kinda yellow journalism, and not very objective? Also what's with all the anger when you write these things, isn't that odd coming from an otherwise purported rationalist who does astrophysics, astronomy, physics etc.? Molly, in Orlando, FL

A. Okay you have a number of questions, but let me take the last first. I blame the Republicans for a lot of our problems because the ARE responsible for 90% of them! They essentially obstructed everything Obama proposed during his first two years in office and got rewarded by a House victory! Evidently, it pays to be an obstructionist! Now, though they came in vowing to deal with the deficit, they are really using it to start a major fracas over raising the debt ceiling. They are actually willing to crash this economy again for brownie points given by the Tea Baggers!

Paul Krugman in his most recent column (NY Times) has the best explanation for this fell behavior: because the Repugs regard ALL democratic presidencies as illegitimate! If they so regard them, then clearly they'll not be disposed to deal from an honest and forthright position - but rather cynically and with the aim of destroying that presidency (as so many wish to do with Obama's) even as they "deal". Right now many tea baggers, and especially Eric Cantor, are prepared to go so far as to destroy the country in a default melt down rather than raise the debt ceiling!

And YES! This stuff infuriates me! I can't help but show my anger, and it will come out in my blogs from time to time (in the occasional f-bombs, for example)! I get angry when I detect perpetrated stupidity combined with cynical manipulation that has the potential to destroy what's left of this nation. (And contrary to the rants of some reich wing bloggers, I do not "hate" this country, but love it enough to want to save it for future generations!) I firmly believe the only way to achieve that is returning to the higher moral purpose that WE - the American People - are ALL in this together. And hence, we have to make shared sacrifices together!

That means we absolutely must have re-distributive income tax policies in order to avoid even greater chasms of inequality opening up. While our Founders have expressed the yearning for "domestic tranquility" this is impossible if massive economic chasms exist that allow a tiny minority to have 80% or more of the wealth and resources while the majority flounders.

Moreover, I am not unusual here! Top economists, including Nobel Prize winner Paul Krugman, totally agree with me that progressive taxes must be returned or our nation is for the crapper. No less than the arch capitalist Adam Smith (in his 'Inquiry into the Wealth of Nations') saw it that way too, as I quote below from that masterful work:

"Is the improvement of the circumstances of the lower ranks of people to be regarded as an advantage or an inconveniency to the society? The answer seems at first sight abundantly plain. Servants, laborers and workmen of various kinds make up the far greater part of every political society. But what improves the circumstances of the greater part can never be regarded as an inconveniency to the whole.

No society can be flourishing and happy, of which the greater part of the members are poor and miserable. It is equity that those who feed, clothe and lodge the whole body of the people should have such a share of the produce of their own labor as to themselves be tolerably well fed, clothed and lodged"

Note those words carefully! Note the insistence that it is "equity" to have a share of one's own production! Socialist? Hell NO! Smith was the Father of all Capitalists! But Smith would recoil at today's America, in which the richest garner the bulk of tax breaks, subsidies and cuts, while the poorest are threatened with cut benefits! Those who provide the labor do not garner their fair share, and very often must work TWO or more back breaking jobs merely to afford a modest place to live and some food. And even then must often rely on the kindness of strangers to get them through the month - if food stamps programs have been cut or curtailed in their area.

These policies of inequality have been driven almost exclusively by the REPUKES, and even now as they call for cuts in "entitlements" spending among the same laboring class that Smith refererenced! Even while they're prepared to award even more large tax cuts for their rich benefactors.

As Obama himself put it, this isn't right, can never be! That one can be okay with awarding monstrous new tax breaks for the wealthiest few on the backs of poor, fixed income elderly or the disabled. If one isn't outraged at this, then he's either brainwashed, comatose or not paying enough attention. I am, so evince outrage even as I expect conscious others to share it!

So yes, my vexation will show through when I blog on these issues. Further, this is a BLOG not a newspaper run by the suits of corporate America! Hence its warp and woof is NOT to be invested in a false objectivity that in effect conceals the true perpetrators. If people want this false objectivity I expect they will go read the content at www.nytimes.com or similar sites. I expect they come here to read MY particular takes.

Lastly, my anger in these topics is not really incongruous with my rationality in other topics, such as astronomy or physics. The reason is that those topics or issues which impinge on people's very lives must have the potential to awaken and energize one's emotional radar and zones else he's not really alive, more like a cyborg.

Only an ice-cold, emotionless cyborg could sit back in cool detachment and ponder the impending economic holocaust if millions of people lose the only safety net(s) standing between them and starvation, malnutrition or death because of lack of ability to afford medical care. So no, if I blog on those issues that can have those potential effects, don't expect me to emulate any 'Spock'-ist character or a robot, or zombie. If you want that sort of thing, better visit a repuke blog or maybe usatoday.com.

Q. I notice the frequency of religious topics has fallen off in a major way. I am very interested in those. Any explanation? When can we expect some more?-- Andy, in Reno, NV

I felt that for a long time the blog was over-weighted by the religious topics (mostly because of responding to my pastor brother in his blog) and I deliberately wanted to pare down those contributions because I didn't want the blog to become identified as an "atheist" or religious-oriented one in the sense of discussion or debates.

Having said that, I am considering a 2-part blog either next month or in September on the major inconsistencies of the Bible and how they show it to be an inferior source of truth. I will also be proposing a syncretic approach to spiritual or religious pursuits, rather than anchoring oneself to one limited faith - which is almost certainly the path to profound spiritual error.

Oh, I also plan a blog, either later this month or next, on what the foremost atheist, Sir A.J. Ayer, observed during his near death experience.

Q. I noticed your evangelist brother has a recent blog up with a guest column from syndicated columnist Larry Elder, also a black man. However, you haven't gone after him like you have Thomas Sowell who you referred to as "Uncle Tom" Sowell. Any reason for not pursuing this new Uncle Tom?- Katy, Boise, ID


Actually, I didn't see the point. Elder is small change compared to the reach of Tom Sowell. Yes, Elder is an Uncle Tom, according to the definition of a person who spreads disinformation (especially political or economic) to undermine his own race, for his own economic advancement (e.g. being paid by Mr. Corporate Whiteman to do so!) But he's not worth the effort especially when it means essentially recycling the same arguments used to rebut Sowell's codswallop.

So all I will say is that if people really wish to see how I would rebut Elder, then check out all the arguments used to rebut Sowell. There is a vast amount of overlap.


Q. What's your view of the end of the Shuttle program which is going to end on Thursday with the landing of Atlantis? After which we'll have to hitch rides with the Russians to the International Space Station? - Russ, in Alameda, CA

All I can really say is that JFK - who dared us to beat the Russians to the Moon- must be turning over in his grave to see how far we've fallen. Truly sad. The Shuttle, while it had some defects, remained the best option for ferrying cargo to the ISS. Meanwhile, the Russian Soyuz craft is cramped, and can only carry two astronauts at a time compared to the 7 for the Shuttle. The SHuttle had advanced cargo bays, e.g. the 'Leonardo', and was designed for the array of space tasks that will be faced in the next five -six years.

As I said, had we not squandered so much money on two ridiculous occupations, we wouldn't be in this mess. What our occupation in Afghanistan alone is pissing away in three months would fund a healthy mission to Mars!

Q. That new profile image of you with the giant telescope, where was that taken and what was the occasion? - Bert, Alamagordo, NM

That was taken ca. 1984, using the Celeston 14" Schmidt-Cassegrain telescope at the Harry Bayley Observatory in Barbados. At the time I was monitoring solar prominences in H-alpha (the 6563 A line of the solar spectrum). So I was actually using an H-alpha filter to record my observations of the prominences. I decided to replace the original photo because the new one resonates more with 'Copernicus'.
Posted by Copernicus at 12:52 PM