As The Race To Grasp Omicron's Threat Proceeds, Honing In On The Specific Mutations Sheds Light 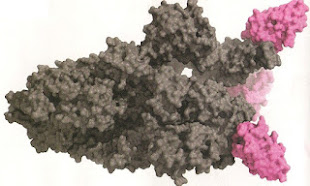 Image of spike protein of SARS-Cov-2 virus is shown with three small antibodies (pink)attached to its receptor binding domains. (From Physics Today, Vol. 73, No. 9, p. 22) 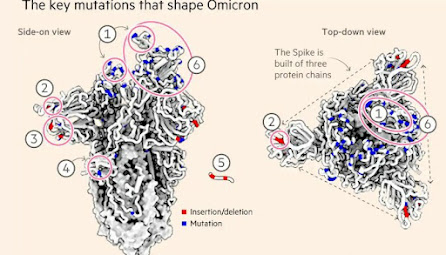 Locations of omicron mutations (blue) and base insertions/deletions (red)

If the omicron Covid variant turns out to be vaccine resistant, let us admit right now it is "game over".  Vaccine resistance means also immunity resistance, so that every human on Earth will now be a potential target for this microbe predator. The takeaway, as the reader of this post will see, means every human on the planet is liable to become a potential casualty - but especially those who have totally avoided getting any vaccinations.

These and other insights are possible when one examines the specific mutations at work (e.g. Weekend Financial Times) and their properties as they affect the R nought value (transmission) and capacity to neutralize antibodies.  But first it is incumbent on me to call attention to the latest insane and degenerate  ploy of the Right in claiming that omicron is a "Democratic trick"  to help them win in the midterm elections next year.

Don't take my word for it, check for yourself by doing some targeted Googling, including Dr. Ronnie Jackson omicron tweet, e.g.

.
Trump's White House doctor calls omicron a midterm elections trick | TheHill
Even before this baloney from a low I.Q. quack, the resident clowns on Fox and Friends were yapping about "Every October, look for another variant".
I.e. The Democrats pull them out of assorted hats for political leverage.
Only a dumb red state goober could possibly  believe that codswallop especially given that even the most low information voter ought to grasp by now that the Repuke cult doesn't have his best interests at heart.
That Trumpist cult is only interested in bamboozling the base to embrace vaccine rejection, by getting it to believe more garbage about vaccines and virus "hoaxes".  The latest twist: to regard Dr. Fauci as another Dr. Mengele.
Don't know who he is?
He was the Nazi doctor at Auschwitz who experimented on twins - mainly Jews and Gypsies- taking the parts of one (after amputation) and sewing them on to others to note the effects.
That's today's Repuke traitor "party" for you!
In other words, pile up more dead bodies for the sacrifice to Trump!  This omicron, contrary to rightist fantasies, looks like it will be more infectious than even Delta.
Why am  I worried about this?  What communications or actual  evidence supports it?  For one, the detailed site map for omicron's mutations vs. base insertions-deletions appearing in the weekend Financial Times.
For another, the remark of a Rockefeller Institute virologist (Theodora Hatziioannou ) appearing on page A6 of yesterday's WSJ.  She stated:

"What is extremely worrisome is the accumulation of so many mutations. The other worrying thing is that [its] mutations overlap with the mutations we identified in our system…I don’t know how this thing is going to be anything but resistant."

This ought to worry every sane and sentient citizen especially those who out of foolish sense of "freedom" have yet to be vaccinated.  As is well-documented by now (WSJ, Nov. 27-28, 'Vaccine Disparity Paves Way For Strains'), vaccine disparity, i.e. between vaccinated and unvaccinated populations, is what sets the stage for new virus mutations.  In particular (ibid.):

"Just 7 percent of  people in Africa are fully vaccinated compared to 42 percent in the global population....That disparity, public officials say, helped open the door to the latest variant."

It is also a cautionary tale regarding the less pronounced vaccine disparity in the U.S., i.e. between red and blue states.   In other words, just as a new variant emerged in Africa, one could emerge in the U.S. given its own disparity - thanks to freaks and propagandists like Tucker Carlson at FOX News - who  keeps vaccine hesitancy going.  Another reason the vaccines have risen in import is based on the new finding that Merck's Covid 19 pill  Molnupiravir (presumed by some to be an alternative to the vaccines) has now been found to be 30 percent less effective  in the final study - than originally thought.  (WSJ, op. cit., p. A6, 'Merck's Covid 19 Pill Was 30% Less Effective In Final Study')  This means that vaccines, including boosters, remain the only way out of this pandemic if we ever get there .

What about the so-called multi-valent vaccines, i.e which can tackle multiple strains of the Covid virus? Well some companies are doing testing, but it will be months before a final product appears and months more before the public can get an additional shot. But that assumes no further mutations at the spike protein because millions allow it to keep churning because they are infected by the FOX News virus!

It is important, in the meantime, to get as many people vaccinated as possible and reduce the vaccine disparity that exists in the world.  As Barbados Prime Minister Mia Mottley recently put it in her UN speech: "Until all are safe, none are safe."

As it is we may well be on the cusp of a variant (the "Omega"?)  that is vaccine resistant, which would be our worst nightmare.  Let's look at what is happening with regard to these 50 mutations found in the omicron variant thus far, 30 of which are concentrated on the spike protein where the virus capability to infect the respiratory system resides.

Focus on (1) in the lower graphic, which shows a combination of mutations at virus locations: K417N, S477N,  Q498R  and N501Y, all of which are thought to be cooperative in an antibody invasion strategy.  In this sense, this combo reflects what author Laurie Garrett warned us about in her book, 'The Coming Plague' that these viruses will keep adapting - trying ever new mutations - until they defeat our immune systems, vaccines or both.

Look now at position (3) which features four additional new mutations at Q339D, S371L, S373P and S375F - all of which are geared to creating added obstacles for antibodies. Then there are the three mutations near the furin cleavage site at H655Y, N679K and P681H which may be associated with increased transmissibility  - putting the R nought value Omicron now near 2.0.  This is close to the value peculiar to the Spanish Flu virus in 1918 which decimated 5% of the global population.

Lastly, there are 15 mutations in the receptor binding domain  - the part of the spike that mediates how easily the virus attaches itself to respiratory epithelial cells.  These 15  mutations represent more than have ever before been detected in this domain.

The bottom line takeaway from all this?  Omicron's genomic profile is unique from all other circulating variants, and far more a threat to our protective arsenals.  We now have the actual data that show there are more specific mutations that translate to more opportunities to disable antibodies and current vaccine protections. See, e.g.

A few more mutations targeting the same spike protein may mean the neutralizing of all vaccines- present and future.  We also know it is distinct from earlier variants in another crucial way: it causes one part of some multi-part viral tests - called PCR tests- not to work. That means depending on such tests may mean 'flying blind' in terms of where omicron is, who has it - and how many.

It may stretch people to the point of despair that we may have to deal with Covid and its variants for the rest of our lives.  But that  may well be the least of our worries going forward.  Dozens of ancient viruses are emerging from melting permafrost as I write, and any one may have the infectious ability of Covid-19.  If a 30,000 year old virus (like Pithovirus sibericum)  can maintain its infectious ability then many others may well be capable of revisiting us in catastrophic fashion.

The point?  Emerging viruses - as well as Covid -  are bloody serious stuff and not to be made the fodder for politicization or deranged conspiracy ideations as the Right has  done.  As Janice exclaimed when she saw Jackson's tweet on ALL In last night, and then the Fox and Friends clowns:  "They just want to destroy the country!"  I replied:  "What do you expect of goddam traitors in a traitor cult?"    She then asked: "If this was really a Democratic trick why is it all around the word in 19 countries now?" And I added: "Think low I.Q.  Very low!"  Further, if this doesn't show once and for all that these twits are unqualified, unelectable cockroaches then I don't know what does.

Jackson and his putrid cohort bark that omicron is a Democratic trick to keep control of congress in next year's mid terms -  but the truth is a GOP resounding defeat ought to be the reality in ANY case, minus any other considerations! Do serious citizens, voters really want asswits like Jackson and Bimbo Lauren Bobert, nutcase Marjorie Taylor Greene and other other Reep conspiracy mongers and losers running the country?

REALLY?  If that is true then I'm afraid Janice's persistent claim that the average IQ of the nation really is "subnormal" is proven.  Like in moron to imbecile range.   And we as a nation will certainly go very much the same way as the good Germans in 1933.

Covid-19
Lock Down the Unvaccinated So America Can Get Back To Normal! 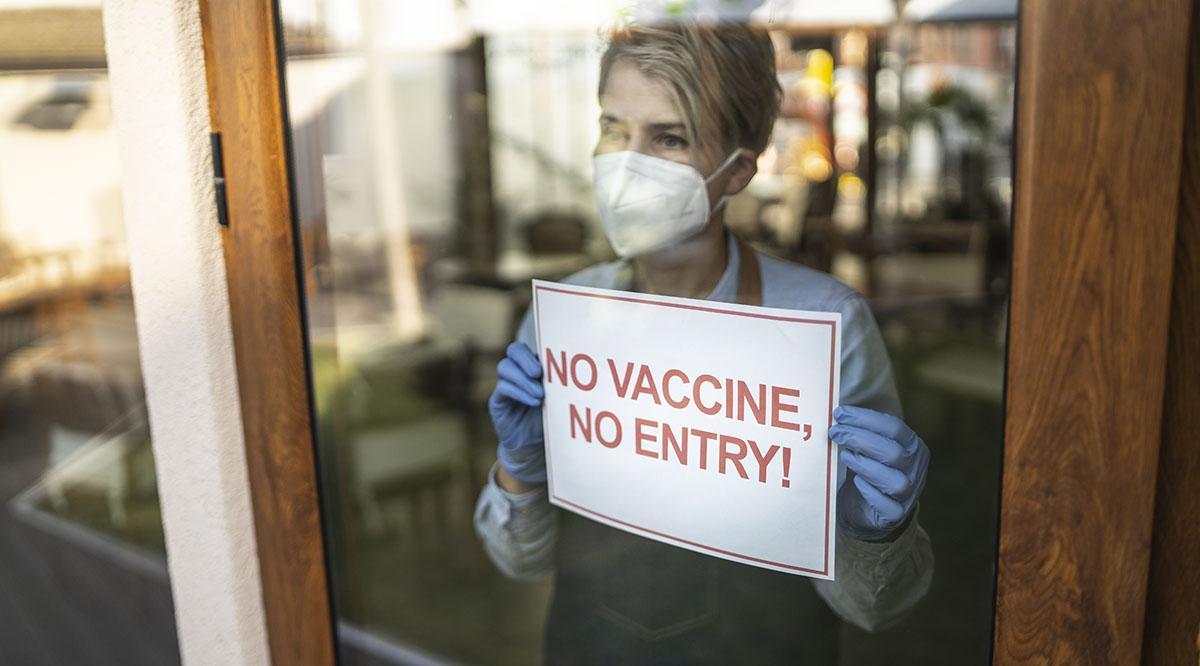 Covid-19 | Republicans
Another Republic Tic: Omicron Is a Democratic Trick 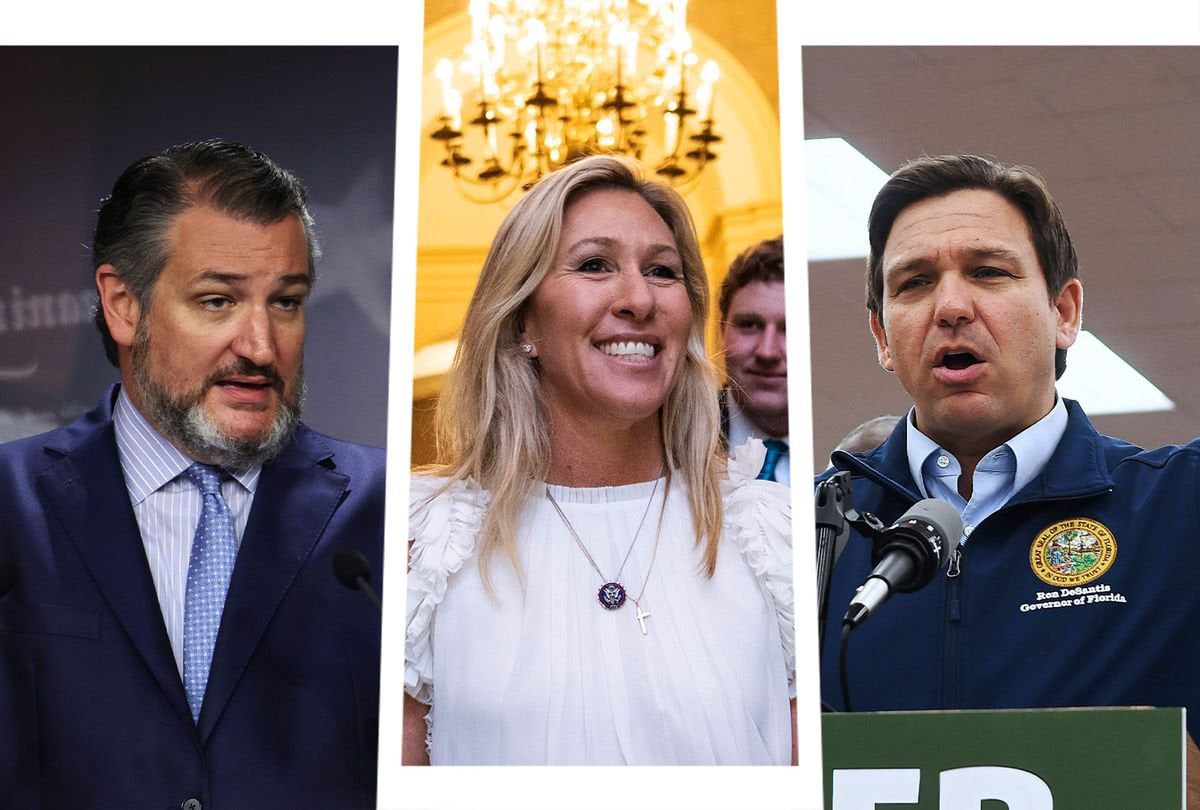 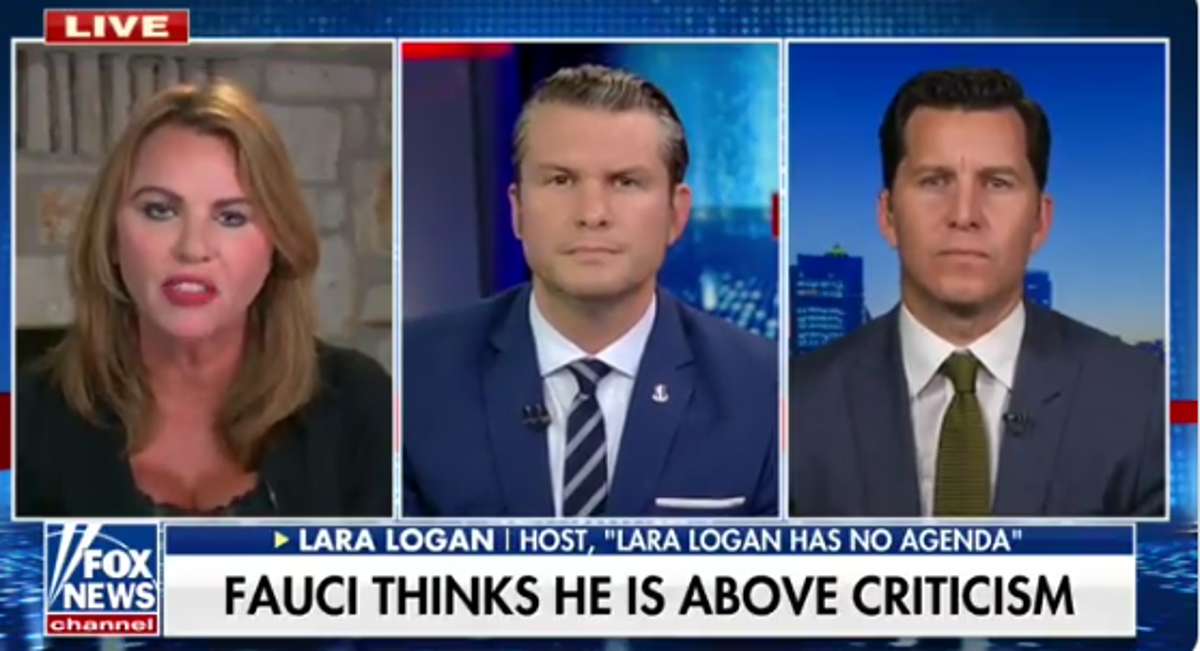 Over 800,000 Americans are now dead from Covid, as we track daily at TrumpDeathToll.org.

Multiple studies suggest as many as a third of the roughly 50 million Americans who’ve contracted Covid are now disabled by having had the disease, many for life. These mostly unvaccinated people are now crippled with “long Covid” conditions ranging from chronic exhaustion to dementia to life-shortening heart and kidney disease, which can’t be helping the labor shortages across key sectors of our economy.

Dr. Fauci has been working for two years to try to reduce that death toll, and on Fox they’re calling him Dr. Mengele? As the Auschwitz Memorial museum tweeted after Logan’s comments:

“Exploiting the tragedy of people who became victims of criminal pseudo-medical experiments in Auschwitz in a debate about vaccines, pandemic and people who fight for saving human lives is shameful. It is disrespectful to victims & a sad symptom of moral and intellectual decline.”

Posted by Copernicus at 8:11 AM