To Clarify: Gen.Mark Milley Is The Patriot, Trump Is The One Who Needs To Be Tried For Treason 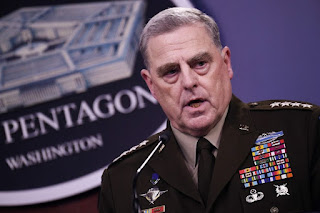 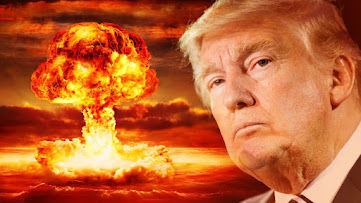 As soon as the new anti-Trump book 'Peril' hit the market it was inevitable Trump would squawk.  Never mind this psycho bum grifter loser ought to be in orange prison garb by now. And the fact he's free and still walking around is mocking any sense of justice after his insurrection. That this deranged imp now has the nerve to call for Gen. Mark Milley to be "tried for treason" is therefore laughable.  Especially after Gen. Milley acted the part of a true patriot by protecting the nation during Trump's lame duck period marked by his insanity and overreach.

What got Trump's dander up? Well, learning from the new book by Bob Woodward and Bob Costas that Gen. Milley had contacted China without Trump's knowledge and reassured its Gen. Li that there would be no sudden attacks despite Trump's bluster and bombast linking China to the virus.  In addition, Gen. Milley had to give assurances to Nancy Pelosi he would run interference to keep Trump from using the nuclear codes to mount an attack - just to avoid being a one term wonder.

Recall back in early January House Speaker Pelosi took the extraordinary step of publicly revealing that she had talked with Gen. Mark A. Milley, chairman of the Joint Chiefs of Staff, to discuss “available precautions for preventing an unstable president from initiating military hostilities or accessing the launch codes and ordering a nuclear strike.”

Having witnessed first hand what the combustible traitor Trump was capable of-  with the incitement of his mob terror takeover of the Capitol on Jan. 6th -  Pelosi was quite justified in pursuing inquiries.  Unlike Dotard she had the national interest in mind not her own.  Moreover,  anyone with at least two brain cells would know the traitorous ape was off kilter mentally and capable of anything.   As I noted in early January that included the ultimate potential terror: unleashing a full scale nuclear war.  One could therefore conceive of a scenario much like that depicted in the movie, The Dead Zone, e.g.

Where another insane president ("Greg Stilson") engaged the nuclear codes "to fulfill my destiny".  Obliterating the destiny of the nation in the process.  Well, there was no General Milley there to prevent that outcome.

In the case of reaching out to China - because Milley believed Trump's erratic behavior could lead to war-   Milley also was thinking of the national interest not loyalty to an insane traitor rat.  Hence, I do not use the fraught term "undermine Trump's authority" like many in the breathless media.  The reason is that an insane man has no authority because he has no rationality.

Meanwhile we have learned a spokesperson for Gen. Milley has confirmed many of the revelations in the book, e.g.

"His calls with the Chinese and others in October and January were in keeping with his duties and responsibilities - conveying reassurance in order to maintain strategic stability."

However, Chris Miller, who served as Trump's acting Secretary of Defense over his final two months - and was the one who refused to send the National Guard in to quell the insurrection when first asked (to allow Trump more time to watch it on TV) had this to say:

"I never authorized Milley's actions with China. His actions were a disgraceful and unprecedented act of insubordination and he must resign immediately."

Give me a break, you Trumpie traitor rat.  You ought to be licking Milley's boots for protecting this country.  Which you didn't do when you failed to call in the Guard after numerous pleas as his terrorists ravaged the Capitol.

In fact, as reported last night ABC News learned Milley was not the first Pentagon official to reach out to China.  Former Defense Secretary Mark Esper reached out shortly before the November election - already aware of Trump's increasingly unhinged behavior. His purpose was to assure them the U.S. would not launch a military attack.

Milley's first Chinese contact came after that and had been fully authorized by Secretary Mark Esper - the last real Defense chief - i.e. before Trump installed his toady Miller.  Thus Miller's barking about resignation has no foundation, even less because Miller is a traitor too.  Both he and Trump ought to be tried for treason and hung - preferably in the Capitol where their white terror apes ran amuck on January 6th.

As a person whose heritage goes back to the American Revolution, e.g.

I have little tolerance or truck for traitors, especially those in high office.  So I make no apologies for wanting to see Trump either hung by his scruffy orange neck or put away for keeps, 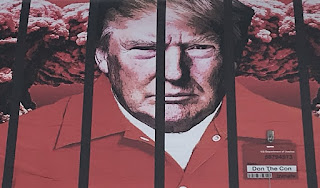 but certainly unable to ever attain national power again. He isn't even fit to be a dog catcher.

Meanwhile the idiot editors at the WSJ are as dense and clueless as ever, spouting off today that: "it would be disturbing to find out that military leaders responded to the President's norm breaking by betraying their institutional obligations."

But Milley and Esper's sole obligation was to the Constitution and protecting the nation from an obvious lunatic and sore loser.  This they did as authors Philip Rucker and Carol Leonnig also made clear in their book, 'I Alone Can Fix It'.  In that case ensuring the "plane" (electoral transition) "would land safely" with no military interference on behalf of Trump. In this case it was essential to out maneuver the lawless (not merely 'norm breaking') Trump to ensure the Chinese would not launch a protective pre-emptive nuclear attack.

The WSJ editors are also daft to insist that if Milley was "really so outraged" at Trump's reckless behavior he "ought to have resigned".  No, schmoes, that would be the coward's way out. Milley understood - as Leonnig and Rucker noted - he had to remain in place to protect the nation from a Hitler -adulating psychopath and he did.  Case closed.

Gen. Milley doesn't owe anyone an explanation and he has the full backing of President Biden and Gen. Lloyd Austin.  'Nuff said. 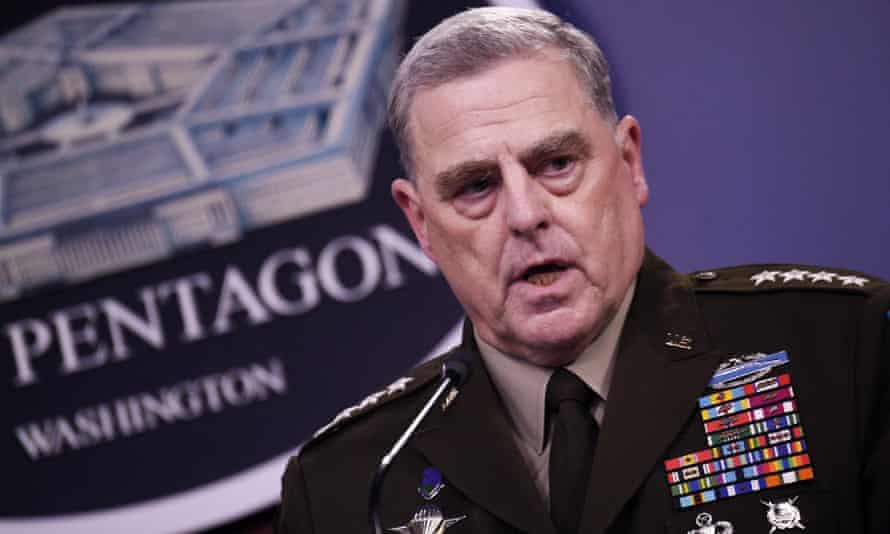 Milley’s revelation about Trump leaves us with five questions

Posted by Copernicus at 6:57 AM