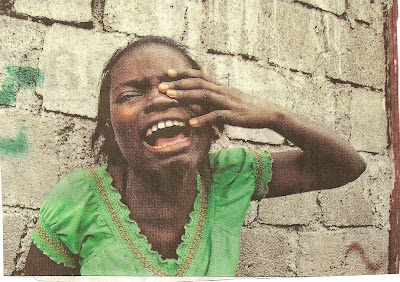 Fig. 1- Haitan child in Port-au-Prince, Haiti amidst the destruction. Pat Robertson says her countrymen earned this by "making a pact with Satan" 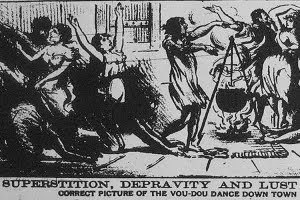 Fig. 2: Colonial depiction of voodoo in Haiti by colonials ca. 1790.

With the natural catastrophe in Haiti, and possible loss of hundreds of thousands of lives, religious people of all shades are trying to make sense of it – in terms of their belief that an omnipotent and omniscient deity exists. For IF such exists, and if so many Haitians were loving and devout followers – why let them perish so horribly – especially infants and children whose choice of religion is totally out of their hands? Of course, the same questions manifested after the Asian tsunami back in 2004, when over 200,000 perished.

Some religionists, particularly of the fundamentalist Christian persuasion, were clearly so confounded by their god’s capricious actions (in causing such trauma, then deciding who to “save”) then as now, that they had to come up with cockeyed, pie-eyed explanations that -if not in the realm of the sociopathic- were clearly in the domain of the demented.

Back in 2005 with the Katrina disaster in New Orleans (never mind it was caused by inadequate work on the levees- compliments of the Army Corps of Engineers cutting corners) the “loose lives” of most New Orleanians was blamed for God’s "visitation" of this disaster. The usual Christian fundie fools recited this –including the late Jerry Falwell (who also said God visited his “wrath” on the U.S. via 9/11 – “for immorality and not attending to him in worship”) and Pat Robertson. chimed in on similar lines

Now, with the Haitian horror, Robertson is at it again. He can’t comprehend that the massive massacres of humanity (in both tsunami and now in Haiti) are actually due to there being NO god- but living in a purposeless, random chance cosmos (Since what loving god would so wholesale destroy his children in such manner given his assumed benevolence, and omnipotence?) so he must come up with a creative “explanation”: for why the poorest nation in the hemisphere has even more horrors heaped upon it – atop massive poverty, disease, malnutrition (many families are forced to eat sugared dirt.)

Robertson’s cockamamey explanation is that this disaster was visited on Haitians because of a “Satanic pact” they made many years ago. Satan offered them something or other (possibly freedom from French colonial slavery) and in return they’d worship him in assorted rites based on voodoo (Which has some relation to similar rites of Obeah practiced in Barbados and other Caribbean islands). However, at some point Satan’s protection was loosened, at which point God (always depicted as a vengeful sociopath in the Old Testament) said:

“Oh yeah, well now this’ll teach you to make pacts with Satan and do voodoo!”

And sent down the 7.0 earthquake.

Of course, this is all insanity writ large in English- typical of the insane, irrational delusions of most fundies. The earthquake was purely a fluke NATURAL occurrence which was triggered when two large tectonic plates – the North American and Caribbean plate – crunched up against each other near that particular point (off Port-au-Prince) and about 6 miles deep.

The sane, rational explanation for the disaster has been provided compliments of Mike Blanpeid, of the U.S. Geological Survey, as quoted in today’s Financial Times (p. 6, World News):

“The island of Hispaniola, which is shared by Haiti and the Dominican Republic – lies between the North American and Caribbean tectonic plates, which are shearing, crushing, grinding the island. As that happens, earthquakes pop off (to release the pressure)”


Specifically, Tuesday’s event was caused by a slip in the Enriquillo-Plantain Garden fault, which marks the boundary between the two plates. According to Roger Musson of the British Geological Survey (ibid.):

“This fault has been locked for the past 250 years, gradually accumulating stress which has now been released in a single large earthquake. The energy released was equivalent to a half-megaton nuclear bomb”.

My point in all this is that the origin was entirely natural – not supernatural, or from a supernatural agent- as with the 2004 tsunami. In the latter, the vast force (seismic moment) behind the initial quake was of such magnitude that it actually shifted the mean North Pole of the Earth nearly 2.5 cm toward the longitude of 145 degrees East. (source: Eos, Transactions of the American Geophysical Union, Vol. 86, No. 1, Jan. 4, 2005, page 2)

The precipitation of the tsunami was a 9.0 Richter scale “mega-thrust” quake about 160 miles off the coast of Sumatra – spawned by a massive sea displacement between the Indian and Burmese plates. The slip -sliding undersea motion sent two parts of the sea floor tens of kilometers in different directions. The differential motion of the sea floor arising from the quake generated a 500 mile per hour “tidal wave” or tsunami that raced across the Indian Ocean – killing nearly 240,000 people.

In each of these horrors, there was no “god” to incept either event or to select out who he’d “save” and who he’d let die. None! Those who did happen to survive – like one model in Phuket, Thailand for a photo-shoot, simply survived by a combination of good luck (she happened to grab onto a tree at the right time), strength (she managed to hold on for more than 8 hours), and fortune (she was found and received immediate care). None were more blessed than others.

What do the events in Asia and Haiti have in common?

That all of us humans inhabit a gigantic, spherical “pinball” machine in which random chance dominates outcome – not any “god” or “divine will”. At any instant any naturally induced calamity can occur – whether hurricane, tsunami or earthquake – and wipe a mass of humans away. Who gets nailed is totally a matter of the “luck of the draw” at the time, nothing more or less. But dismal and weak minds like Robertson’s can’t process a purposeless, random cosmos or planet, so they confect nonsense to rationalize the events and horrors – like the Haitians brought it on by their earlier voodoo practices and “making pacts with Satan”.

“God” certainly exists, but only as a meme in the temporal lobes of the brain – an idea or belief cultivated for inner security, or as a means to surmount the fear of personal death. It bears no exterior reality – nor control of that reality. If in fact any decent, good God really existed, and he-she or it truly had a commitment to its most devout followers, it would have saved them from either calamity. But as many true believers perished in the Asian tsunami, for example, as non-believers – so how did the former benefit? Oh, they got to heaven? I doubt it! This is yet more sublime spiel to try and comfort the loved ones of those lost.

Unfortunately, irrational gibberish to try to justify horrific natural events – or man-made ones (like 9/11)- will not stop fundie fools from popping off anytime soon. Despite the unimaginable horror of Haiti (see the photo - Fig. 1- of the totally anguished child) they will continue to believe “some people deserve their fate”. They opt to believe this codswallop as opposed to believing this all-powerful, all-knowing entity was powerless to stop it (which might incite thoughts that it doesn't exist)
There will never be a total cure for human imbecility, nor should we expect it anytime soon. Ongoing brain evolution may finally root out all nonsense of the “elect-saved”, gods and "heaven-hells” – but that may take at least two million more years. In the meantime, the most we can do is register what these idiots say or do, then alert thinking people to it.
Posted by Copernicus at 9:51 AM

This was a terrific read and you really reamed out Robertson! But could I impose on you to do another article on truth claims especially pertaining to God? I want to really see a smack down of this crap that atheists are in come inferior position because of withholding their belief in a fantasy god? Maybe bring in the omnipotence and other factors too?

I feel your pain, Caleb, but still have other blog issues I want to deal with. However, I have been working on a new entry to do with 'Existence claims, Truth and God Talk' which will maybe be ready by the W/E.

Let me point out to you, for what it's worth, however, that reason and logic will never alter the beleifs of those who are emotionally invested in gods, or whatever else holds meaning. All one can do then is simply state the facts and logical conclusions as clearly as possible and hope for the best.

Thanks for the idea, but a similar one was already in the pipeline!